What would the perihelion of Ulysses's orbit have been without a trajectory adjustment after its Jupiter swingby?

I'm wondering what the perihelion of the orbit of Ulysses spacecraft would have been had a trajectory adjustment after its Jupiter swingby not taken place? On Wikipedia it says "The size and shape of the orbit were adjusted to a much smaller degree so that aphelion remained at approximately 5 AU, Jupiter's distance from the Sun, and perihelion was somewhat greater than 1 AU, the Earth's distance from the Sun.", and I've tried to find more elaborate information on this trajectory adjustment, but haven't been able to dig anything up.

I'm asking because I'm running a simulation of Ulysses's trajectory, but it does not take the trajectory adjustment mentioned above into account, and the orbit you end up with has an aphelion at about 5 astronomical units, but the perihelion is well within the orbit of Mercury. So what I'm curious about is whether that would have been Ulysses's trajectory without the post Jupiter swingby burn.

As stated in the comments above, the trajectory adjustment took place on the eighth of July 1991, before Ulysses swung by Jupiter. For more information on its trajectory, please consult:

By changing the start date of the simulation to the first of August 1991, half a year before the Jupiter gravity assist, I was able to simulate the actual orbit of Ulysses. In the image of my simulation below, you will see that Ulysses starts out in an orbit that follows the ecliptic, but once it encounters Jupiter in February 1992, it gets deflected out of the ecliptic into an orbit, which brings it over both the North and South poles of the Sun, with a periohelion just outside Earth's orbit and an aphelion of about five astronomical units. 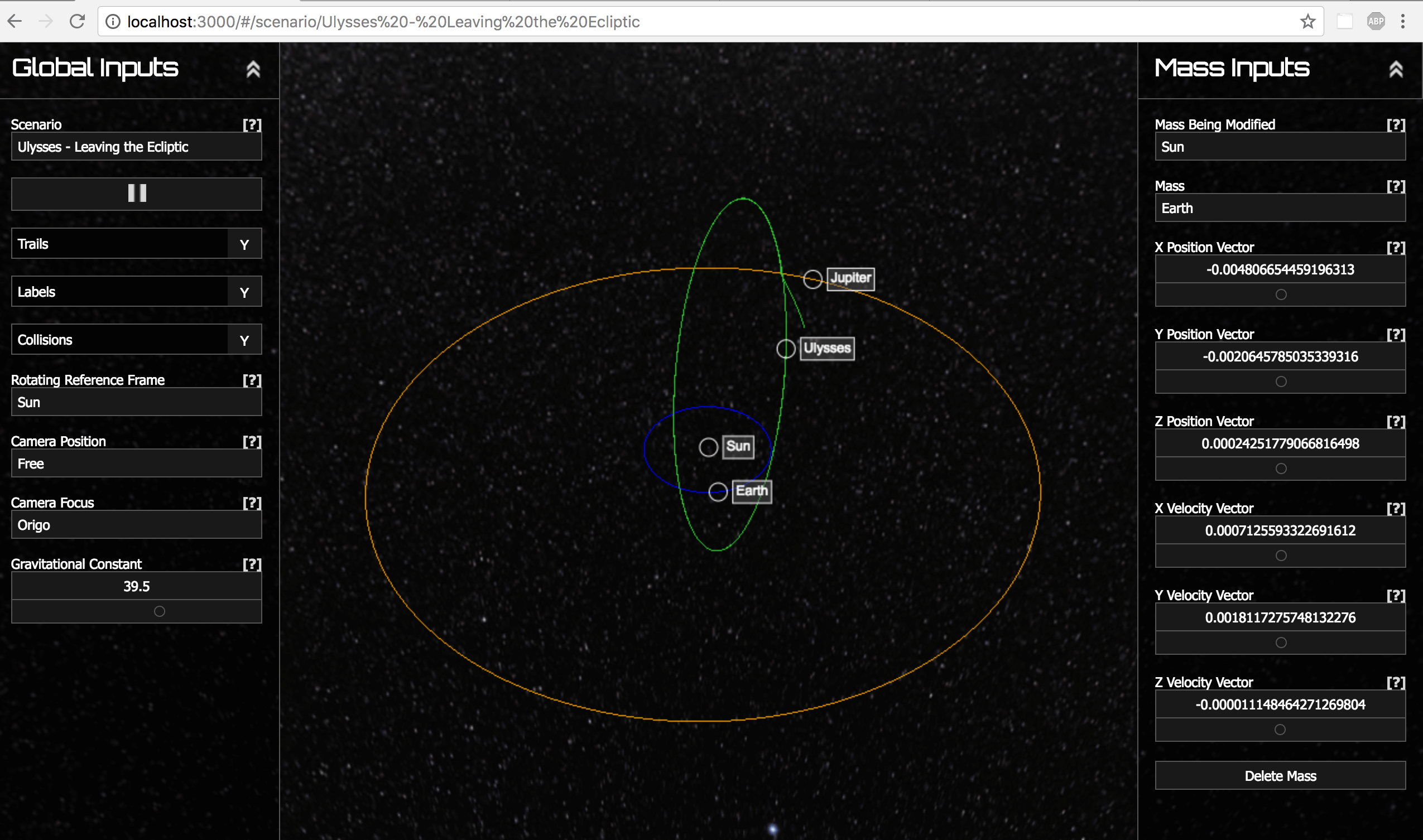 Not the answer you're looking for? Browse other questions tagged orbital-mechanics probe gravity-assist ulysses or ask your own question.

3
Are there Practical Methods to Measure the Distance between a Spacecraft and an Astronomical Body?
7
Does it even make sense to talk about Mercury's triangular libration points (L4, L5)?
11
A spacecraft leaves Earth exactly with escape velocity V2 - what trajectory it will have in Solar System?
19
After the loss of Challenger, why weren’t Galileo and Ulysses launched by Centaurs on expendable boosters?
7
How exactly did Jupiter change Ulysses orbital plane from nearly ecliptic to polar?
2
Is it more efficient to burn all needed fuel in an Oberth manoeuvre at once or burn a fraction of the fuel for each orbit?