Vented interstage for the final stage of Saturn V

As we can see in the figure below, the interstage between the escape module and the command module is vented. Why did they go for vented interstage?

Wouldn't it increases the serodynamic loadings and hence structural loading to the interstage trusses?

How did they manage the flexibility of these interstage trusses because of the engine vibrations and aerodynamic loadings? 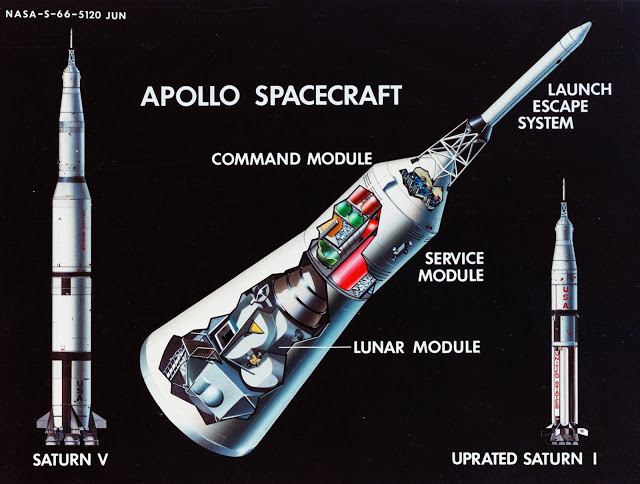 The LES support truss doesn’t have the same function as an ordinary interstage.

Unlike normal rocket stages, the LES may have to take the command module below it along when it fires. Thus its rocket motors have to be pointed outwards to avoid burning the CM. The further outward they’re turned, the more of their impulse is wasted.

Mounting the LES further forward lets the outward angle be minimized. The support truss exists to do exactly that, and the open triangular grid structure minimizes the weight penalty for it. Presumably the cost incurred in aerodynamic drag is less than the weight of a closed shell around the truss would be.

29
Reasons behind the "Transposition, docking and extraction" maneuver
21
How did they solve Saturn V pogo oscillation problems?
13
How much mass could the Saturn V rockets have landed on the Moon if nothing was coming back?
31
Why weren't Saturn V and the Soviet N-1 Moon rockets made larger in order to simplify Lunar missions?
7
Upper stage structural loads on ascent?
6
Did the Saturn V interstage ring burn up in the atmosphere?
5
How was the S-IVB stage configured for the post-extraction retrograde dump?
2
Why would one assume chamber pressure instead of chamber volume when designing a rocket engine?