What causes Hyabusa-2's close-up images of Ryugu to be dark in the corners?

and includes the image below of a close-up view of the surface.

The images appear to be bright in the center and then become darker at the edges, especially in the corners.

I can think of three possible causes of nonuniform brightness in general (there could of course be more) though perhaps not all would apply in this case:

I don't think Hayabusa-2 is using flash photography, at it's furthest point from the Sun Ryugu is still only about 1.5 AU away.

And unless the camera has variable zoom optics pushed to their limits, I can't imagine that it would be designed with vignetting.

So are we seeing shadow-hiding here? Something else?

Question: What causes Hayabusa-2's close-up images of Ryugu to be dark in the corners?

update 2: I found one of the images on the Planetary Society page Hayabusa2 closeup on Ryugu from 1000 meters, 6 August 2018 where it says:

Surface of Ryugu photographed with the Optical Navigation Camera - Telescopic (ONC-T) from a height of about 1000 m. The image was captured on 6 August 2018 at around 22:57 UTC. Images of the entirety of Ryugu were taken at nearly the same time by the Optical Navigation Camera - Wide angle (ONC-W1, inset). The red frame corresponds to the region in the picture taken by the ONC-T. 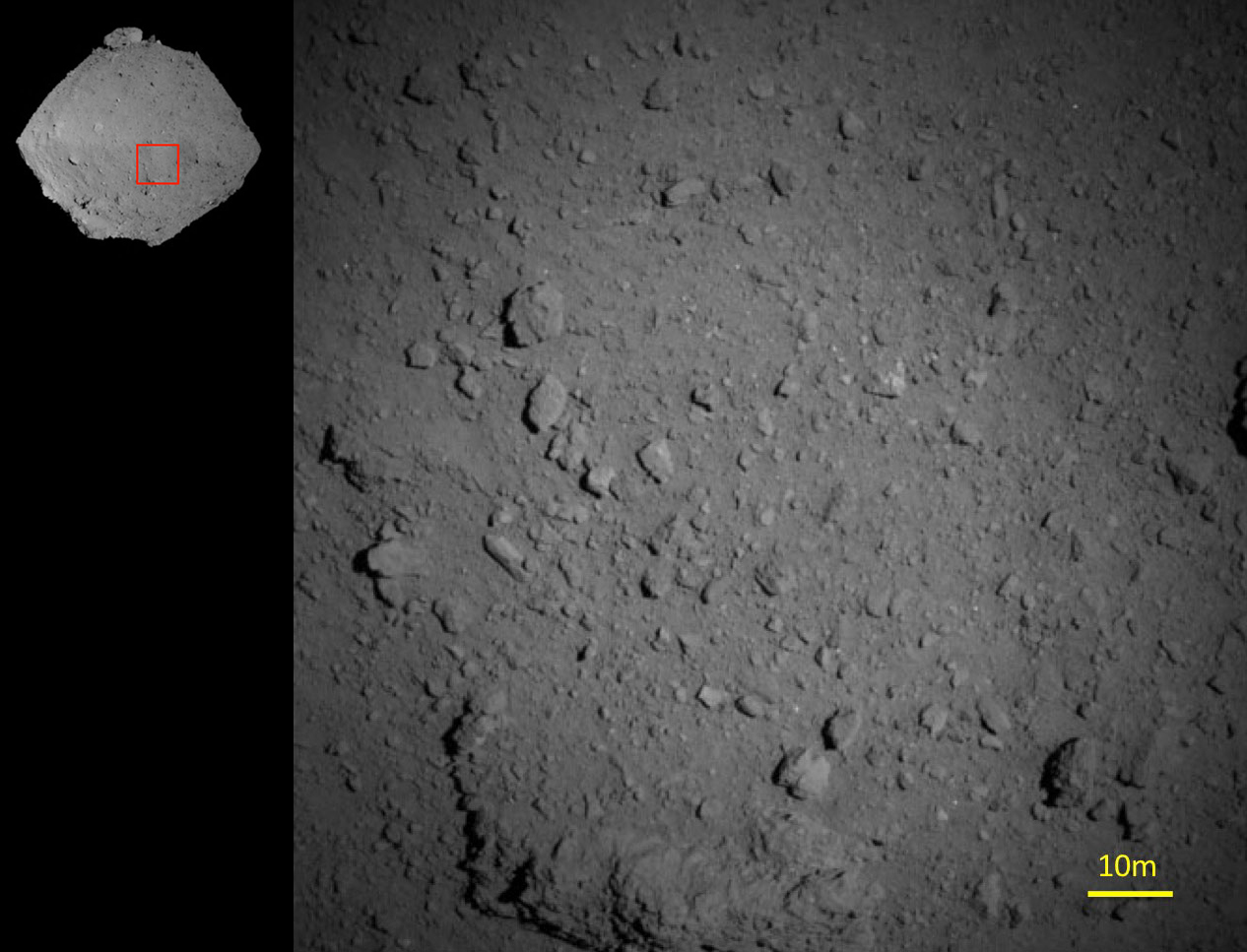 also here is an excellent terrestrial manifestation of shadow-hiding

update 1: This tweet by JAXA's Hayabusa2 is stunning, and a great illustration of shadow-hiding (note the bright enhancement near the center: 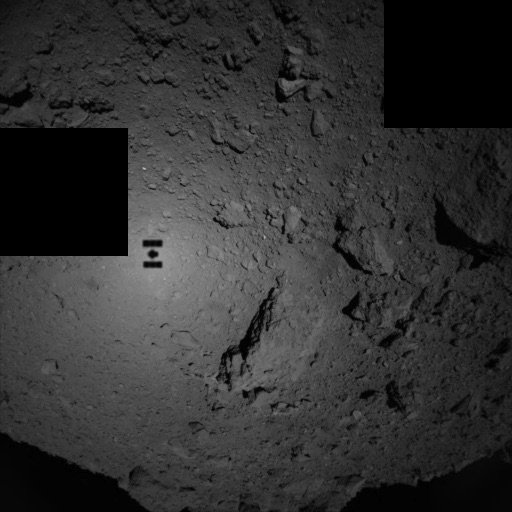 Something to keep in mind here: Lenses are round, AFIAK all current sensors are rectangular. This inherently means there will be a mismatch. There are only three possible choices:

Remember that when we are dealing with spacecraft weight and data are king, pretty isn't that important and cost generally means little (because the big costs are going to be the engineering, testing, and the booster. To spend $1000 to save an ounce on a deep space craft is a no-brainer decision.) While I do not know about the lenses on this spacecraft lenses are heavier than sensors. You'll get more data for a given weight by enlarging the sensor.

Not the answer you're looking for? Browse other questions tagged physics imaging hayabusa2 ryugu or ask your own question.

3
What's the story behind this Apollo-era image?
2
What criteria was used to select potential landing sites for Hayabusa-2's rovers on Ryugu?
3
Are there ANY verified satellite images of visible light coherent backscattering from Earth?

10
What makes materials on the Moon look so different when the sun is high?
13
What are the "crossing beams of light" in the Cassini images taken during Enceladus plume flyby?
4
Now what do we think? Is this purple dot really caused by Cassegrain optics and coherent backscattering?
2
What causes these cross-shaped artifacts in TESS' first images?
2
What criteria was used to select potential landing sites for Hayabusa-2's rovers on Ryugu?
6
Were panoramic images taken during Apollo 15 planned and trained before on Earth?
9
How far will the debris cloud from Hayabusa-2's touch-and-go sample recovery travel around Ryugu? Will any have escaped to heliocentric orbit?
9
Star-shaped artifacts in SAR images of the "Suez Canal traffic jam seen from space"