Was the nutation problem of the Ulysses spacecraft successfully mitigated? If so, how?

I ran across this

which lead me to 1, 2 and 3, links connected to the Ulysses Nutation Game website which while hosted by JPL, also contain an ESA logo.

Also I found the paper ARGOS: Attitude Reckoning from Ground Observable Signals, a System to Monitor Ulysses Nutation and Thruster Firings from Variations of the Spacecraft Radio Signal

The spin-stabilized Ulysses spacecraft experienced a significant nutation level for a period of 46 days shortly after launch. Details are available in [2: Gienger et al 1991, [5: García-Pérez 1992], and [9: Crellin & Janssens 1993]. A study of the phenomenon [1: Hoffman 1990] revealed that it was due to solar heating effects on the spacecraft axial boom, and that it was a function of three geometrical factors: the Sun-spacecraft-Earth angle, the Sunspacecraft distance, and the spacecraft shadowing of the boom.

¹The expression for the “nutation forcing function” is given in section 5.1

Question: Was the nutation problem of the Ulysses spacecraft successfully mitigated? If so, how was it implemented?

GIF animation of what the game seems to have been like:

Several terse online references state that the nutation anomaly was managed by the use of "Conscan" or CONSCAN, for example

The only other problem of any significance has been a nutation-like motion which built up following deployment of the 7.5-meter (25-foot) axial radio wave experiment antenna shortly after launch. This disturbance was apparently driven by asymmetric solar heating of the axial boom as the spacecraft spun and was of a temporary nature, damping out once the boom was permanently in the shadow of the spacecraft body. The nutation is predicted to return during the high-latitude phase of the mission, and operational measures utilizing the on-board Conscan system have been developed to suppress the motion. In order to exploit the damping provided by Conscan, continuous ground station coverage is needed. As a result, the ESA ground station in Kourou has been upgraded to augment the DSN during periods of potential nutation, the DSN having only one station in the southern hemisphere. (emphasis mine, source)

CONSCAN appears to stand for "conically scanning" (source) and is described here: 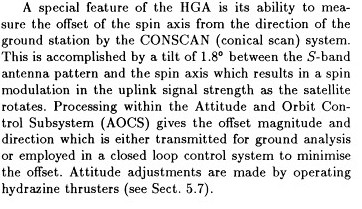 It's stated that they used this system to control the nutation; it sounds like they simply enabled the closed-loop system.

Apologies for the pictures, I could not copy text out of the last source.

I'll elaborate on some points because I find the Ulysses mission really compelling.

The Ulysses spacecraft (Wenzel 1983, Eaton 1990) is shown in its operation configuration in Figure 2. Dictated by the long distances from the Earth and the Sun at which the spacecraft operates, the configuration of the spinning spacecraft (5 rpm) is dominated by the large-diameter (1.65 m), Earth-pointing High-Gain Antenna (HGA) providing the communication link and by the Radioisotope Thermoelectric Generator (RTG) supplying the spacecraft’s electrical power. Experiment requirements for electromagnetic cleanliness (EMC) and for minimisation of the RTG radiation environment resulted in a 5.6 m long radial boom which carries several experiment sensors and is mounted on the opposite side of the spacecraft to the RTG. A 72.5 m tip-to-tip dipole wire boom and a 7.5 meter axial boom serve as electrical antennas for the Unified Radio and Plasma Wave Experiment (Stone et. al. 1992). Most of the scientific instruments are mounted on the main body, as far as possible removed from the RTG, and in compliance with the field-of-view requirements of the experiment sensors (see Fig. 3). The spacecraft mass at launch was 367 kg including 55 kg of payload and 33.5 kg of hydrazine for orbit, attitude and spin rate adjustments.

It is the events immediately following the deployment of the axial boom mentioned above and shown in the figure below that we are interested in.

The spacecraft rotates at 5 rpm around this axis, and the dish antenna's electrical (pointing) axis is offset from the rotation axis by a small amount, on purpose!

[…] The parabolic HGA, with both X-band (8.4 GHz) and S-band (2.3 GHz) capabilities, is the prime communications link. Telemetry is provided in X-band, with a 2 degree beamwidth (3 dB); downlink S-band is used for ranging, and radio-science investigations. S- or X-band ranging operations can be performed with or without telemetry transmission. Both transponders can be operated simultaneously, one in X-band and the other in S-band.

A special feature of the HGA is its ability to measure the offset of the spin axis from the direction of the ground station by CONSCAN (conical scan) system. This is accomplished by a tilt of 1.8 degrees between the S-band antenna pattern and the spin axis which results in a spin modulation in the uplink signal strength as the satellite rotates. Processing with the Attitude and Orbit Control Subsystem (AOCS) gives the offset magnitude and direction which is either transmitted for ground analysis or employed in a closed loop control system to minimize the offset. Attitude adjustments are made by operating hydrazine thrusters (see Sect. 5.7).

The spacecraft nutation was monitored and characterized by recording the CONSCAN modulation of signals received by Ulysses from Earth. Both ground control and the Ulysses spacecraft could interpret these signals and determine ADCS maneuvers to prevent the nutation from getting too strong!

Read further about the conical scanning or CONSCAN technique in answers to Why is the reflector on this millimeter-wave antenna spinning?

The only potential serious problem encountered to date occurred immediately following deployment of the 7.5 metre axial boom on 4 November 1990. About two hours after this event, a small nutation of the spacecraft was observed. This gradually grew until it reached a half-cone angle of 3 degrees with a pronounced periodicity. At that distance from the Earth, data transmission was still in S-band with its wide-angle beam. If significant nutation had occurred at larger geocentric distance, with the narrow-beam (2 degree beamwidth) X-band system operating, data transmission would have been seriously hampered.

Investigations to find the cause of the nutation and to find ways to reduce and control it showed that the principal, but not the only, cause was solar energy entering the axial boom as the spacecraft rotated at 5 rpm. This induced a periodic bending of the boom which coupled into the entire spacecraft to cause nutation. As the spacecraft traveled further from the Sun and the solar aspect angle diminished (putting the boom into the shadow of the spacecraft), the effect was reduced and on 17 December 1990 the nutation disappeared completely. In the period when nutation was still active, it was experimentally established that use of the automatic earth seeking attitude control system (closed loop CONSCAN, see Sect. 5.5) was extremely efficacious in keeping nutation at very low levels. Consequently, if the nutation should reappear later in the mission (it is predicted to recur at a reduced level for two periods of a few months each in 1994 and 1995), procedures exist to control it. There is reasonable confidence that nutation, should it return, will not seriously impact the mission. 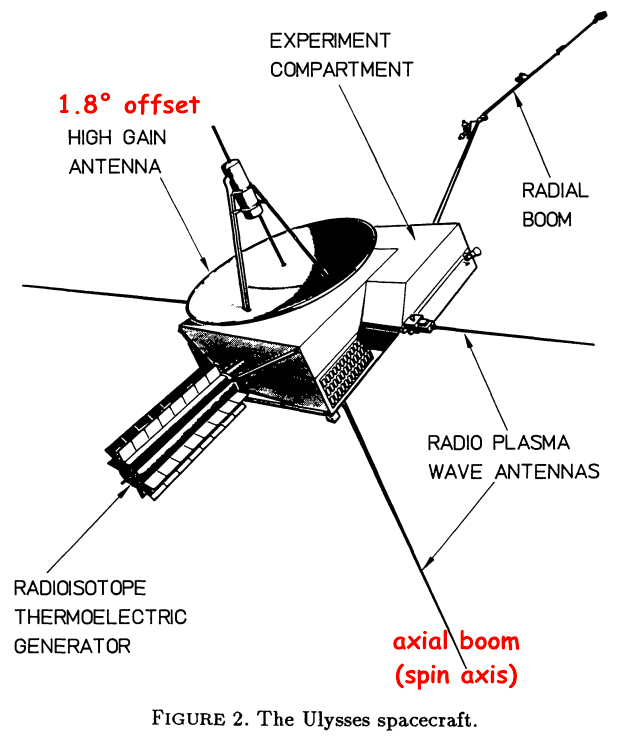 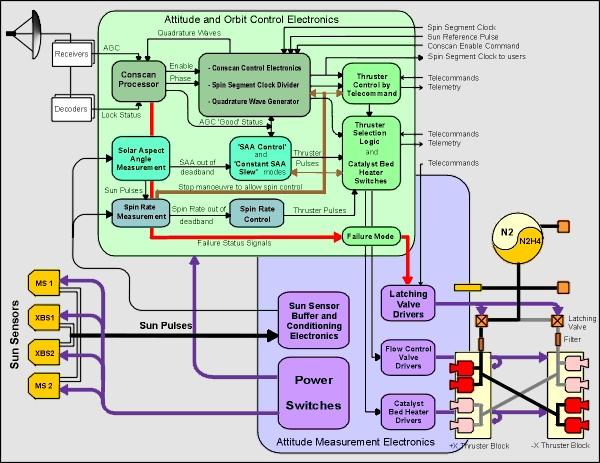 Not the answer you're looking for? Browse other questions tagged nasa history ulysses spacecraft-nutation or ask your own question.

3
Have magnetotorquers ever been used to spin-up a satellite?

1
When was the idea behind the DESCANSO Book Series first conceived, by whom, and what is its “mission”?
18
After the loss of Challenger, why weren’t Galileo and Ulysses launched by Centaurs on expendable boosters?
4
How does one impulsively null spacecraft nutation?
9
Who was the first to successfully implement on practice ablative heat shield?
7
How was motion blur mitigated in the early Earth-observation satellites?
7
How exactly did Jupiter change Ulysses orbital plane from nearly ecliptic to polar?
6
Why did the Ulysses probe reach Jupiter much faster than Galileo?
13
Why did the data “go wild” when Ulysses entered Hyakutake's tail?
7
Was Fidel Castro ever in a Soviet spacecraft?