What is this “space ring”? Is it SHERPA or something new, or just “art”?

In the orbitalreflector.com website there is a picture of a ring that looks like it can deploy smallsats as part of a more complex launch. Reverse image search turns up another view, both shown below.

It reminds me a lot of SHERPA (What ever happened to SHERPA?) but is it an artist's conception, or a fairly accurate rendering of something that SpaceX will use to deploy small spacecraft?

below: cropped from here. 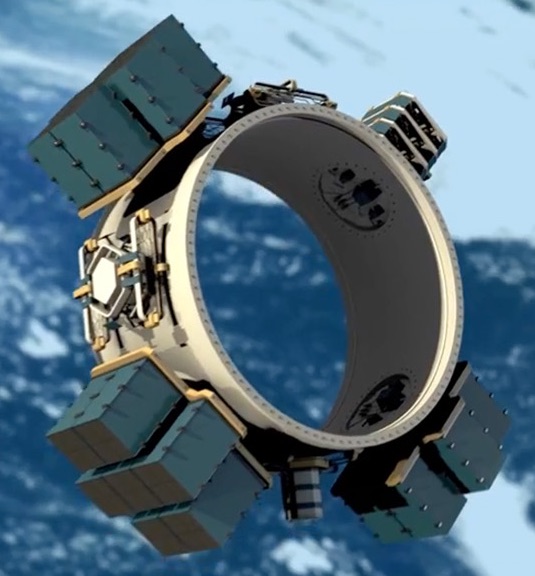 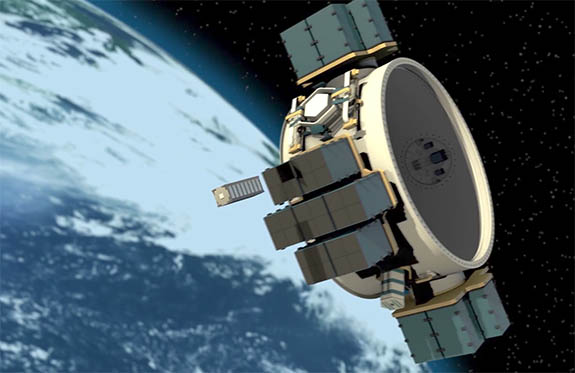 Both spacecraft appear to be utilizing an ESPA ring, which stands for EELV Secondary Payload Adapter.

ESPA class missions "hitchhike" on the interstage of a larger launch. This is useful when e.g. a telecom company needs to buy a launch to the GEO belt (which traditionally requires a larger launch vehicle), but don't need all of the rocket's capability. Selling the remaining upmass to another mission helps both parties. The primary mission saves money, and many ESPA missions are projects that could not otherwise obtain a launch.

The original ring was developed by Moog in the early 2000s. These days it has become more of a standard than a product, and several companies manufacture ESPA class busses including Northrup Grumman (formerly Orbital ATK).

An example of an ESPA class mission that is currently flying is AFRL's EAGLE.

Not the answer you're looking for? Browse other questions tagged spacex cubesat payload-deployment or ask your own question.

10
What ever happened to SHERPA?

5
What is this 'engine plume interaction'?
8
What is the ring at the bottom of the Merlin vacuum engine?
14
What is this object on the Falcon Heavy payload stream?
2
What can be done in future mass-cubesat deploys to make them “less irksome” to orbital space debris experts?
0
How does this fast-slewing dish track moving spacecraft?
0
Why is DSX two satellites connected by a ring, and what are all those tubes? (upcoming SpaceX STP-2 payload)