Which one of these (if any) is the Moon? What are the rest?

I frequently see the Moon in SpaceX videos, "I suspect" the frequency is higher than random, but can't prove it (yet!)

I found the SpaceX video Falling Back to Earth | HD Footage From Space (also below) in a deleted answer (trying to re-find it now), and recycled it in this answer.

I see at least five lights in the two screen shots around 00:53 in the video and I've annotated with numbers for discussion. I think I see the same ones a little later, and we can all probably agree about the Sun so I haven't given it a number.

"I suspect" that one of them is the Moon, any thoughts on which one it is, and what the others are? 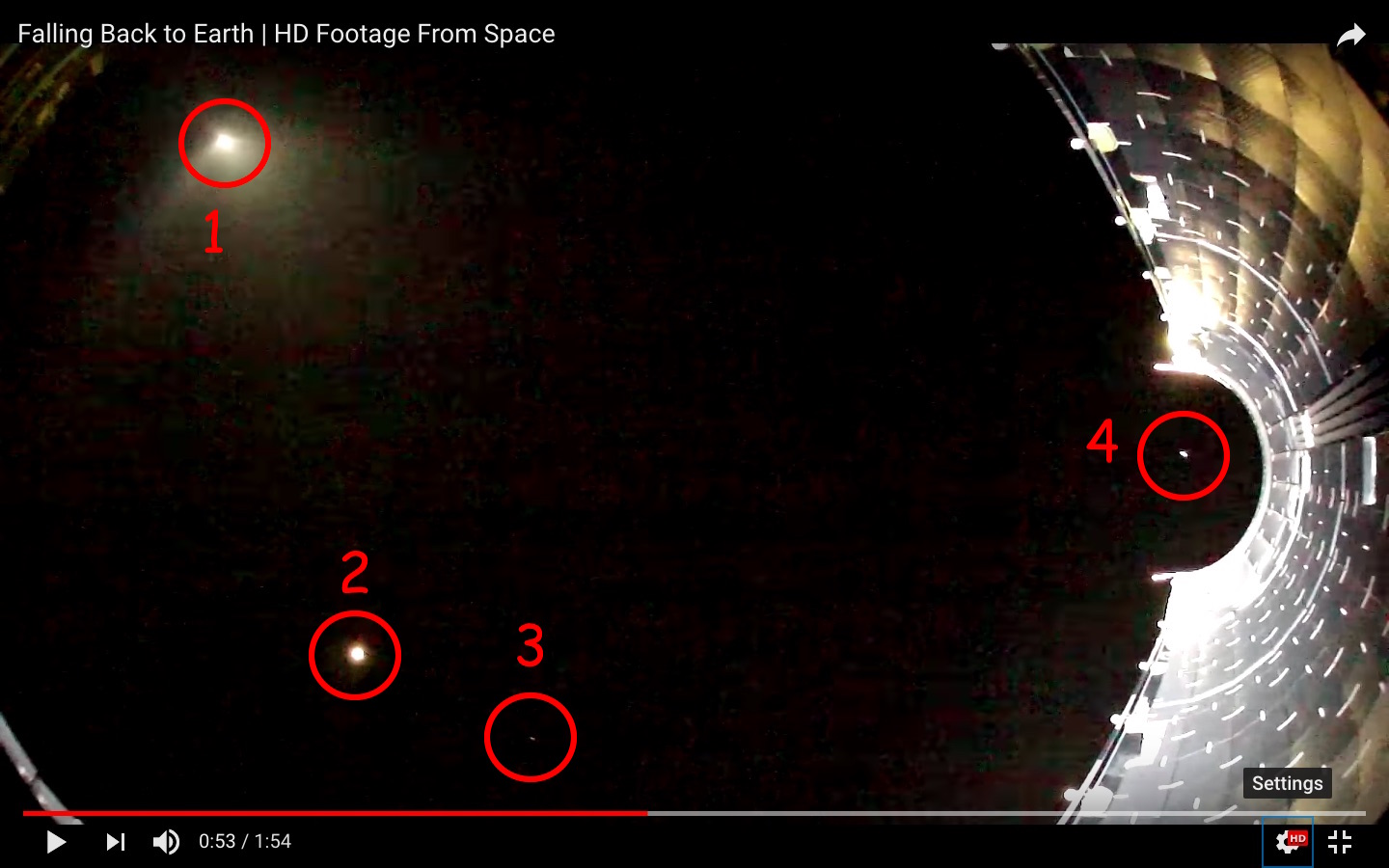 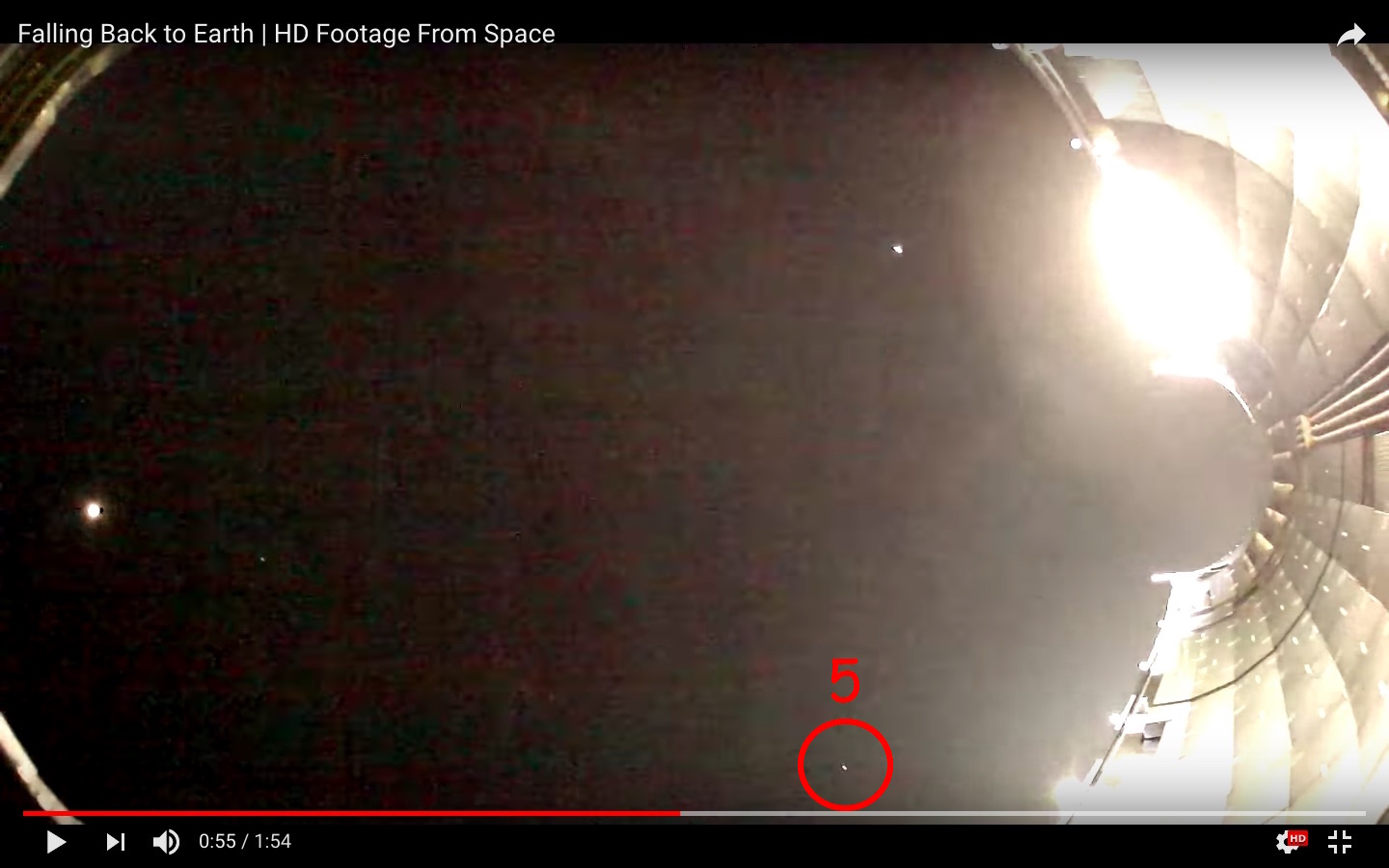 The most likely candidate for the launch is the one made 27 April 2015 at 23:03 UTC. To get rough understanding of the sky seen from the fairing I used Heavens Above to produce the following sky chart setting location a bit further down east from the Florida with 80 km altitude. The result was, 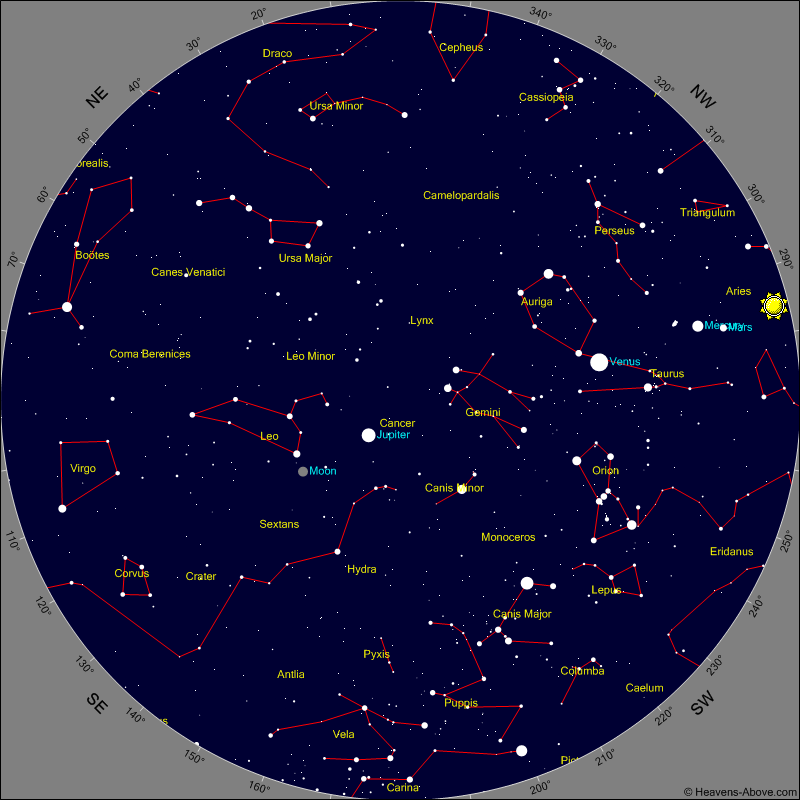 If you have any doubts about the Moon phase it was, 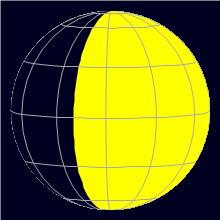 Now there should be a lot of debree and exhaust, it's rather hard to determine exact positions on the sky and rotation is quite disorienting. Still I propose the following hypothesis:

Not the answer you're looking for? Browse other questions tagged spacex the-moon imaging identify-this-object fairings or ask your own question.

2
What kind of Visual Sensors are employed aboard Rockets?