Is this rocket design from 'The Americans' credit sequence real?

In the opening credit sequence of the TV show 'The Americans', a schematic of a rocket with 5 strap-on boosters is briefly shown: 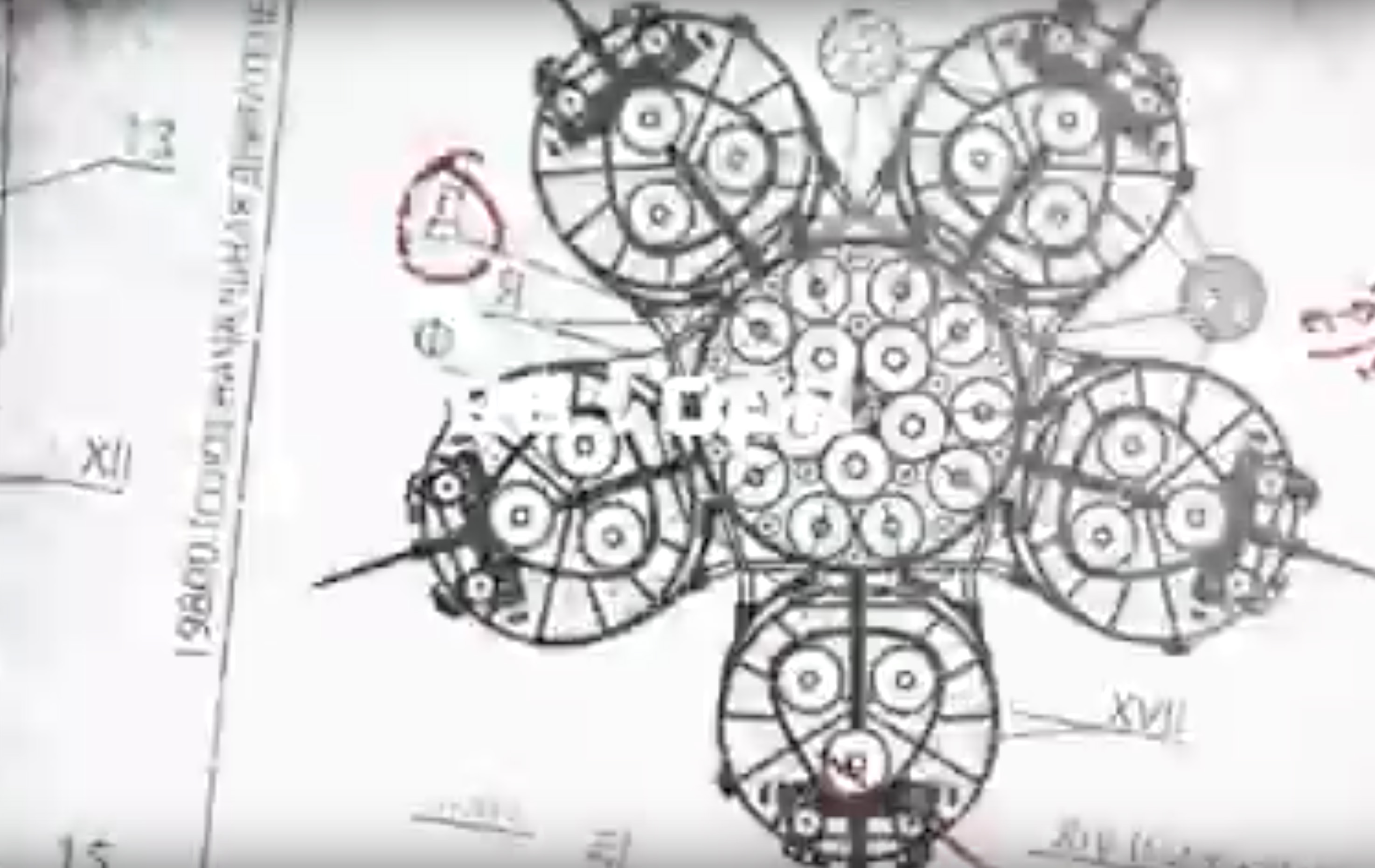 The diagram appears immediately after an elevation view of a Soyuz rocket. The layout is reminiscent of Soyuz, though the details differ. Is it a real rocket design?

The design is fictional.

The boosters appear to be adapted from this schematic of the Soyuz, with some roman numeral and Cyrillic letter call-outs pulled from other parts of the drawing, but with the boosters redrawn to have three nozzles each, and a new core stage drawn with 15 nozzles. No Russian engine design that I'm aware of uses a three-chamber design analogous to the 4-chamber engines used on Soyuz, and there are too many similarities between the Soyuz schematic and this design for it to be coincidence.

I went through Asif Siddiqi's "The Soviet Space Race With Apollo", which describes various Soviet heavy launcher designs both real and notional, and none of them bore any resemblance to this one.

This interview with an animator who worked on the credits suggests that much of the imagery was adapted and redrawn from real sources, and I believe this rocket design is such a case.

Not the answer you're looking for? Browse other questions tagged soyuz-spacecraft identify-this-object soviet-union or ask your own question.

47
What caused this bright light from the ground at night seen from the ISS?
4
Identify this rocket and launch site from Gilligan's Island episode?
12
Is this smoke from Expedition 53 returning Soyuz capsule?
5
Why is this rocket transparent, and why is there a nozzle in the nose, pointing up?
14
What are they doing to this rocket following its test fire?
0
What is this long black tube snaking up to the capsule payload of the Antares rocket?
4
What's this mini-cupola-looking object in this photo from the ISS?
7
What was this capsule dropped from a truck?
3
Does this image of 91-core OTRAG “asparagus-staging” show a real launch, or is it “space-art”?