Could an inflatable heat shield be used on the SpaceX Mars Lander?

Could light weight inflatable heat shields be used like parachutes from NASA to increase surface area for the SpaceX Mars lander further decreasing velocity? Where would be the best placement of them? Could be used as a cover for the ship from dust or shelter.

Could weight from the lander be placed on an inflatable heat shields and separate just before landing lightening the loads? Keep a small one on board for a life raft? 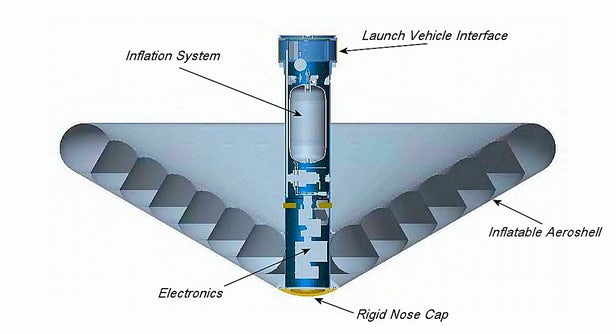 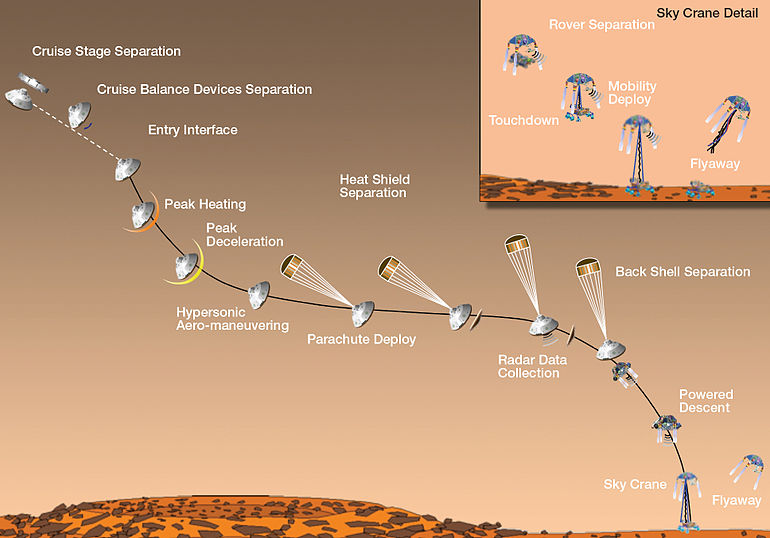 Although not related this somewhat an example how it would work. The difference is that the last 3 stages would just be the lander landing.

NASA is looking into this with their Low-Density Supersonic Decelerator program.

Three devices are in development. The first two are supersonic inflatable aerodynamic decelerators -- very large, durable, balloon-like pressure vessels that inflate around the entry vehicle and slow it from Mach 3.5 or greater to Mach 2 or lower. These decelerators are being developed in 6-meter-diameter and 8-meter-diameter configurations. Also in development is a 30.5-meter-diameter parachute that will further slow the entry vehicle from Mach 1.5 or Mach 2 to subsonic speeds. All three devices will be the largest of their kind ever flown at speeds several times greater than the speed of sound.

Together, these new drag devices can increase payload delivery to the surface of Mars from our current capability of 1.5 metric tons to 2 to 3 metric tons, depending on which inflatable decelerator is used in combination with the parachute.

The test model has the test stage embedded in the middle of the inflatable structure: 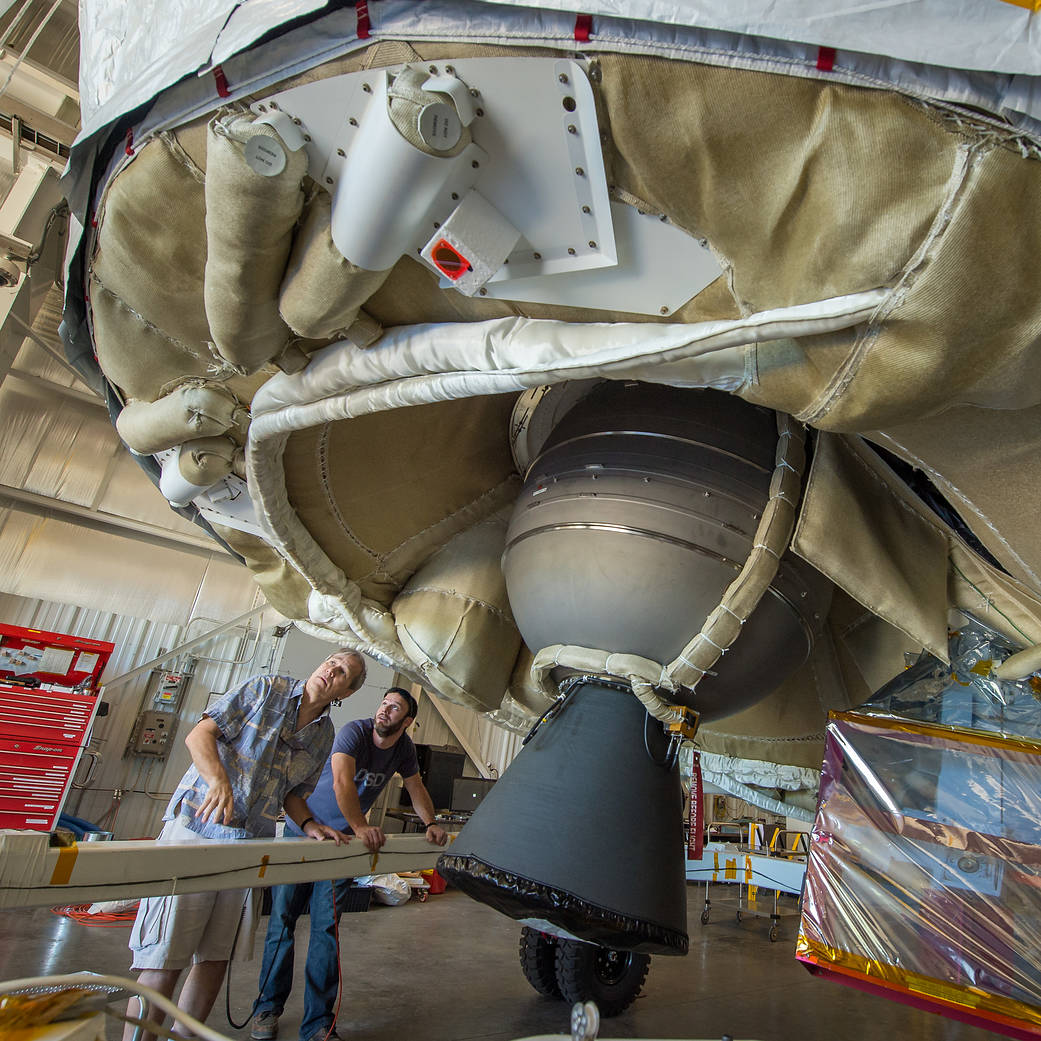 Note that this only works for small missions (3 tons lander weight). SpaceX's Mars lander (the BFS) weighs more than 100 tons.

Not the answer you're looking for? Browse other questions tagged spacex mars landing heat-shield or ask your own question.

4
Are there any techniques of heat shielding an irregularly shaped object?
5
Could steam be used as a efficient power source for a space craft?
6
How would a manned Mars Lander be tested
18
SpaceX first stage landing: Why not use an elevated net above the landing platform to catch the rocket?
3
Blimp on Earth, but a glider on Mars?
37
Why can't we use the same radiation shielding in Mars that we used when going to the moon?
5
Why was the water-landed Falcon 9 B5-B1050 towed backwards for retrieval?
2
Is a ballistic blimp entry possible on this way?
4
Single Engine versus Multiple Engines for Moon Landing
2
What were Mars 2's conical aerodynamic braking shield and "gunpowder" engines?