Have any analysis been done using 2 or more devises above to function as a satellite where 1 alone would not to maintain orbit without propellants?

Will this system or one with a different configuration then the pictures below - if it works - be more reliable, cheaper, or last longer?

I will try to expand on the 2nd picture below on how a satellite may use two or more propellant free devices together:

The long pole would be weighted with dynamic solar vanes at end of the pole to exercise the gravity gradient and radiation pressure together as an active stabilizer while gathering energy as an electrodynamic tether. There could be solar sails at higher altitudes GEO, but this problem is in LEO so only vanes are used to stabilize.

This question asked about quadrupole moment(thanks Uhoh) and could provide the propulsion. By using the bulge as a gravity gradient on a polar orbit of the Earth or possibly in an elliptical equatorial orbit using the gravity gradient through proximity to the Earth 1st picture just below the satellite provide forward momentum by disturbing the weight along the pole along a gravity. 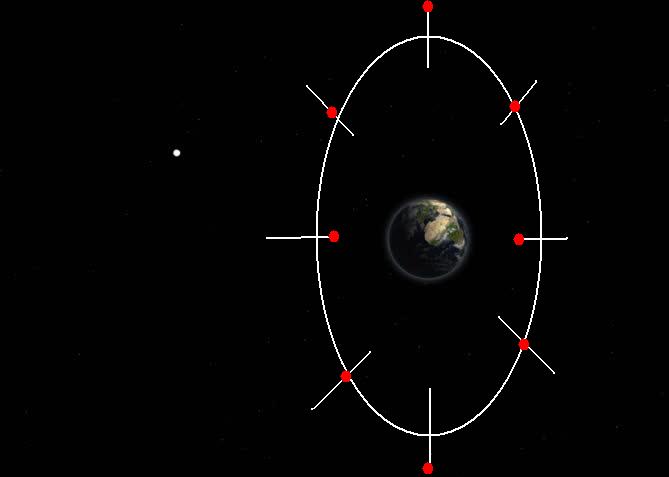 Could a satellite in LEO "pump" or change mass distribution to gain forward momentum? 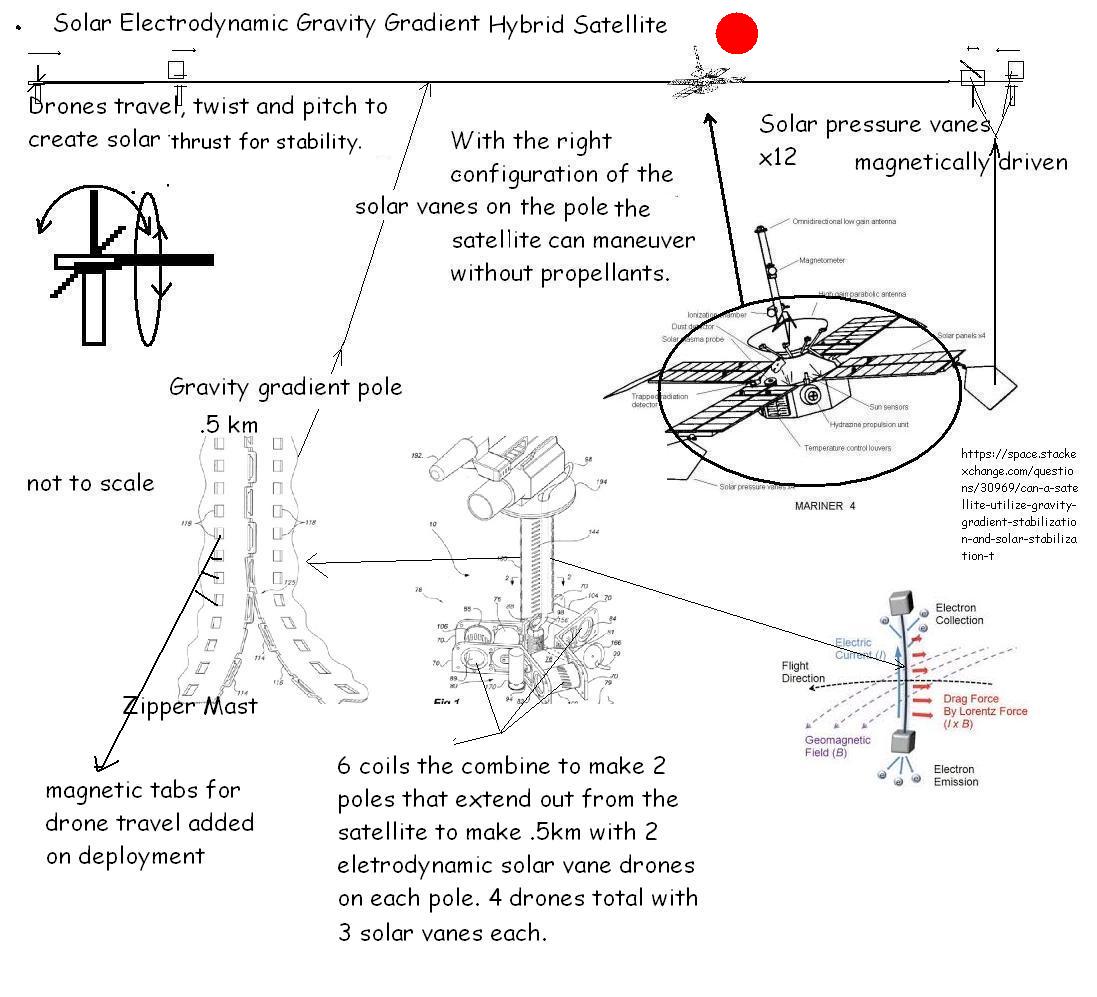 Maintaining orientation does not usually use propellant, or so little that it is not of concern. Magnetotorquers can be used in LEO, and reaction wheels anywhere. Reaction wheels are a point of failure, over years, but they are still much simpler than the complicated system proposed here. Reaction wheels may also require very occasional use of propellant to desaturate them if they are constantly torquing the satellite in the same direction, but the total consumption is pretty small.

Maintaining orbit is a much more demanding problem in many cases. In LEO atmospheric drag is a problem. In GEO, drift along the orbit due to the Sun, the Moon, Earth's equatorial bulge, etc. is a problem. They are also much more difficult to counter without expending propellant. Ion engines reduce the amount of propellant needed, but do not eliminate it.

In LEO, solar sails will not help you, as we discussed on another question. The extra drag exceeds the forward thrust. They might be useful in GEO. A $100m\times 100 m$ sail could give up to $0.1N$ of thrust, comparable to an NSTAR ion engine. The ion engine masses a few kg, and consumes about 100kg/year of propellant and just over $2kW$ of power. So a sail rather bigger than a soccer pitch, and its support structure would need to mass less than say 1 ton, to have a chance to beat the ion engine over 10 years.

Electrodynanmic tethers may well work in LEO, but have not yet been tested successfully. They are no use in GEO, because you are not moving through the magnetic field.

So that leaves the dynamic quadrupole moment idea. I am pretty sure that basic conservation laws tell you that it can't make any difference to orbit around a perfectly spherical planet with no other bodies (moon, sun) contributing (for example you can't possibly change your angular momentum). In a real scenario, though it might be possible to use it to exploit these secondary gravitational effects (the Earth's bulge, the moon, etc.) to actually change orbit.

The complexity in this system comes in having a long but strong boom to handle the solar forces and torques and also with the ability to move the solar vanes up and down it. That whole system is likely to be heavy. A 0.5km pole which doesn't just flex is a large payload.

Cost and reliability are a tradeoff - until such a system is flight-proven, it will be both expensive and of unknown reliability.

You may find the paper SOLAR SAIL ATTITUDE CONTROL PERFORMANCE COMPARISON of interest:

A second attitude control configuration uses mass on a gimbaled boom to alter the center-of-mass location relative to the center-of-pressure producing roll and pitch toque along with a pair of articulated control vanes for yaw control.

They conclude that, in simulations at least, it works just fine.

Not the answer you're looking for? Browse other questions tagged orbital-mechanics solar-power gravity-assist mariner electrodynamic-tether or ask your own question.

20
How would a long pole be transported to space?
6
Could a satellite in LEO "pump" or change mass distribution to gain forward momentum?
0
From which direction was the Falcon 9 1st stage's landing approach (BulgariaSat-1)?
3
Could a steam Engine outperform other electric producing devices in space?

2
Questions about the Dynamic Solid Tide
2
Can orbital maneuvers be performed by a solar sail to correct eccentricity?
6
Could a satellite in LEO "pump" or change mass distribution to gain forward momentum?
4
Statites - Are they possible in anything but theory?
3
Bucket loop between Earth and Moon?