Were the Apollo CO₂ scrubber canister designs unified after Apollo 13?

After the problem realized when trying to put up three astronauts for an extended stay in the Apollo 13 LEM, namely that the square CM CO₂ scrubbers didn't fit in the LEM's slots, were they redesigned? 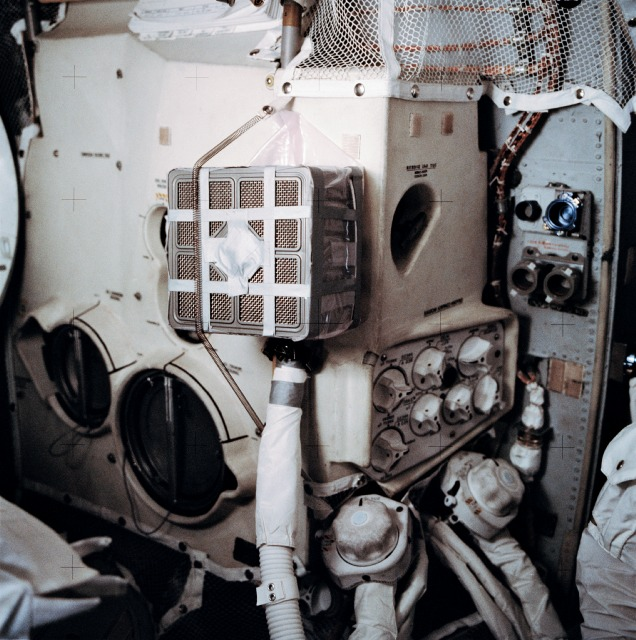 No, the scrubber design was not modified.

The Apollo 14 press kit has a list of the changes made after Apollo 13:

The file doesn't mention any changes to the CO₂ scrubbers.

A thread on Yahoo claims no changes were made, but offers no references. One of the posters there does say he has an Apollo 16 LM CO₂ canister, and it looks identical to the Apollo 13 items.

The Lunar Module, LM 10 Through LM 14, Vehicle Familiarization Manual (large PDF) shows a drawing of the Environmental Control System (page 3-55/page 89 of the PDF). LM 10 flew with Apollo 15. The drawing still has round covers for the scrubber canisters, like the photo below. 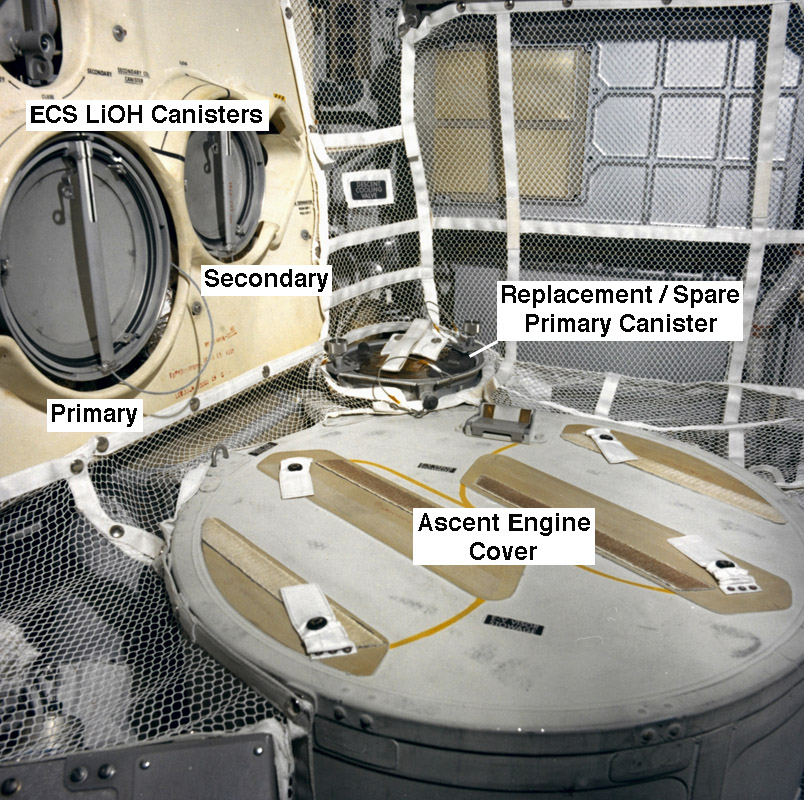 Not the answer you're looking for? Browse other questions tagged apollo-program life-support apollo-13 or ask your own question.

19
Were any Apollo-13-specific procedures added to standard training?
7
Were more lunar module LiOH cartridges just a spacewalk away?
4
Why were the openings of the LiOH canisters in Apollo different shapes in the first place?

15
Could the Apollo 13 crew have survived the CO2 issue using their spacesuits
18
Why wasn't the Apollo 13 Service Module jettisoned until hours before reentry?
5
What were the uses of the RTGs in the Apollo spacecrafts?
8
Why did moon dust not cause problems on Apollo during the return flight from the Moon?
5
Why did Apollo 13 need to scrub the air in the LM?
0
What do you call the Apollo LEM plus CM (Command Module) when they are connected?
31
Was the Apollo 13 CO2 problem a matter of capacity, or of rate?
7
Were more lunar module LiOH cartridges just a spacewalk away?
19
Were any Apollo-13-specific procedures added to standard training?
4
Why were the openings of the LiOH canisters in Apollo different shapes in the first place?