How is the docking hatch on the Progress/ATV opened?

Normally during the Progress or ATV hatch opening procedure the crew inside the ISS turn a handle to unseal the SSVP drogue cover which they then pull inward, revealing the Progress docking probe and hatch.

How is the Progress or ATV hatch opened from outside the spacecraft?
Is it remotely controlled from within the station, on the ground or is there a mechanical linkage?

In addition, is it possible for the station crew to open the hatch of a soyuz from outside the spacecraft in the event the soyuz crew is incapacitated or an empty soyuz were launched to the station for some reason?

Edit: After looking at a lot of nasa images I noticed this hex key hole, could this be an actuation mechanism? 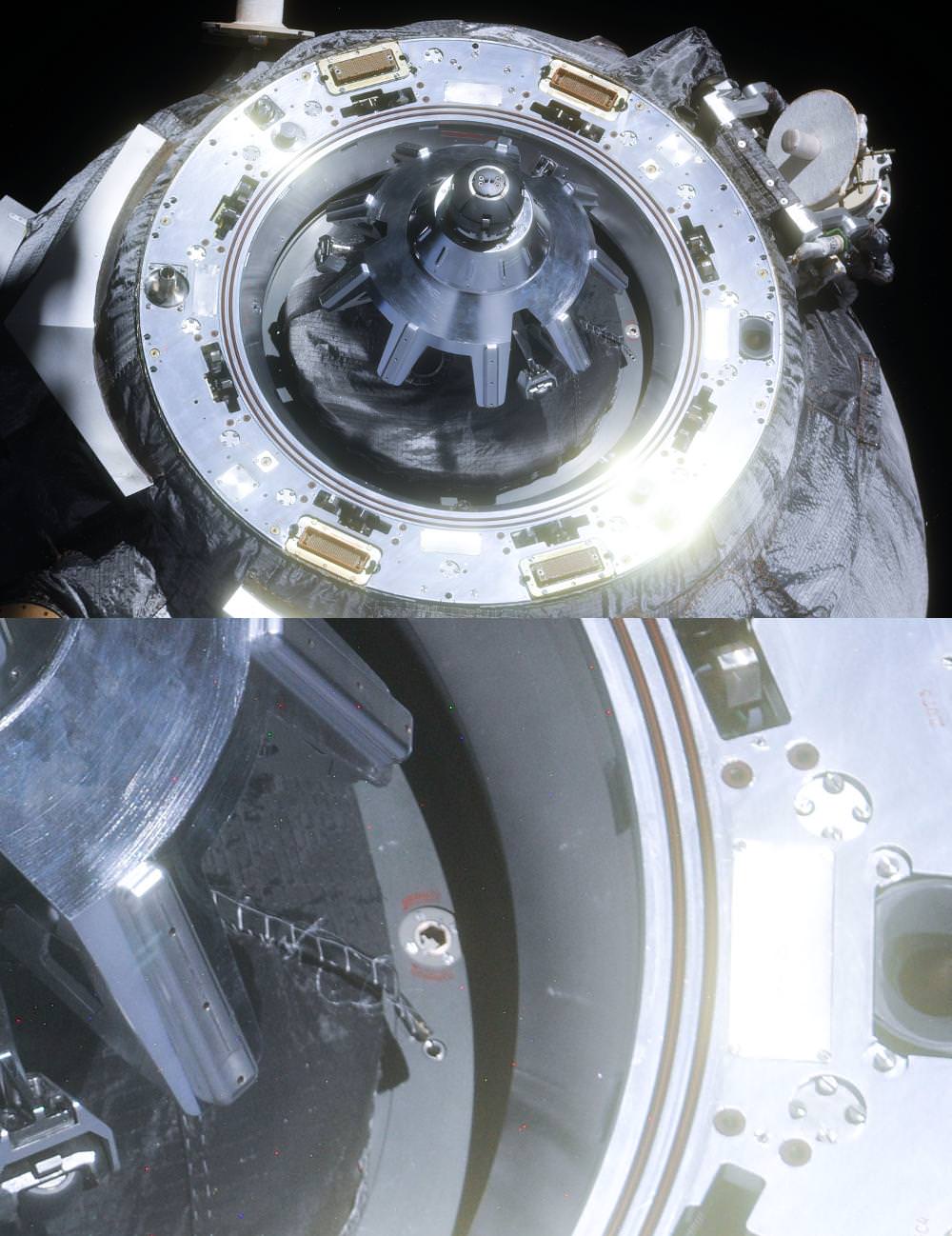 After doing some further research in the NASA photo archives I discovered the hatch actuator is actually a round socket containing a square peg mounted near the collar of the docking mechanism. This correlates with the location of the interior hatch actuator handle being on the body of the spacecraft and not built into the hatch itself.

It can be seen in this photograph of Progress 55 (mechanism at the 1 o'clock position just inside the double o-ring seal: 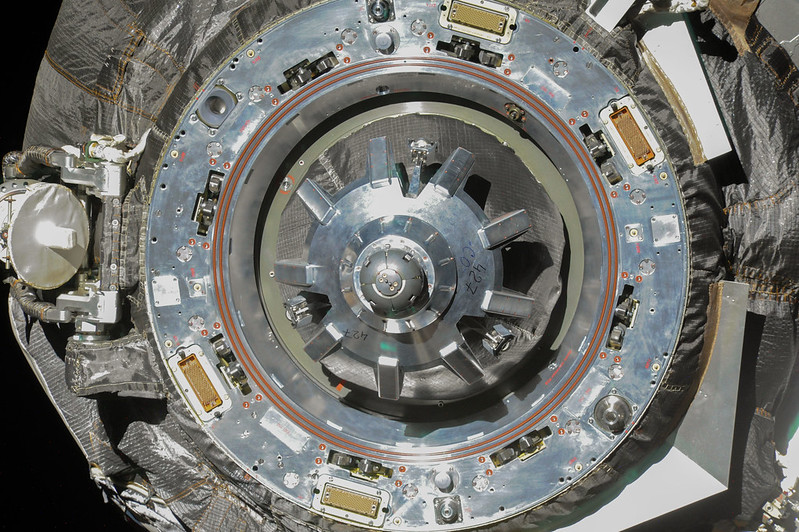 And in this photograph from expedition 26 showing how it appears to the crew onboard the station (mechanism at the 5 o'clock position): 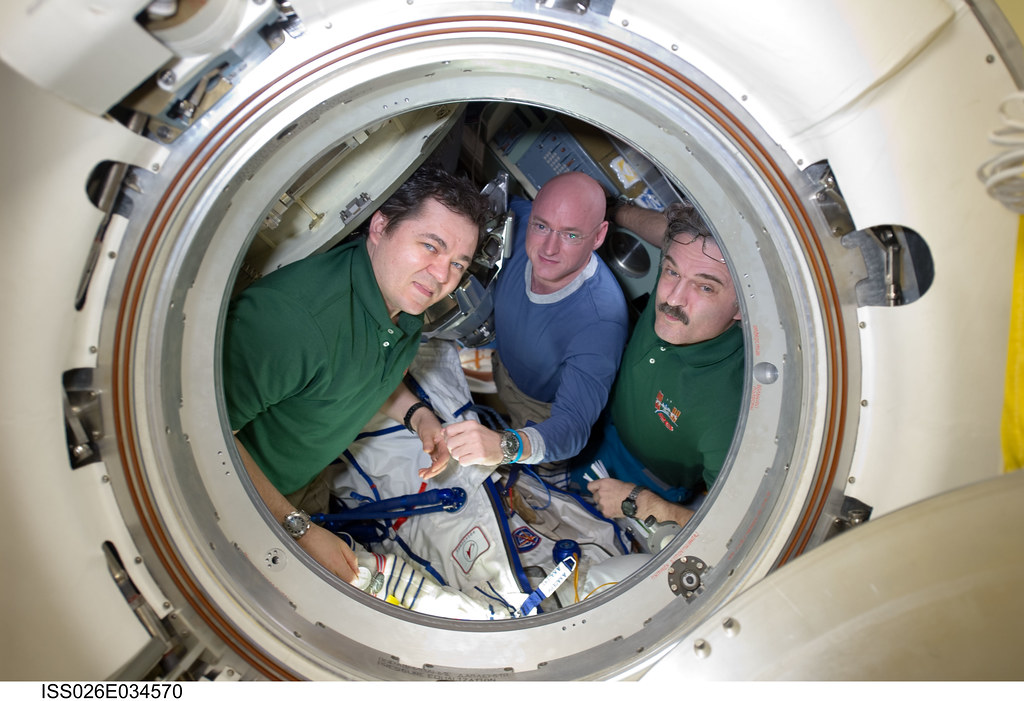 Also visible in the above picture are two holes in the drogue cover (AKA the 'passive docking unit cone') which supports a 'hatch tool extension'.

This photograph from expedition 40 shows Alexander Skvortsov actuating the hatch opening mechanism of ATV Georges Lemaitre. The hatch tool extension is similar to a ratchet extension bar and is held in place by the two holes in the drogue cover. The hatch tool attaches to the end of the extension and is rotated clockwise to retract the hatch latches. Pen marks are visible on the inside of the drogue cover which say "open" and "close" in russian. 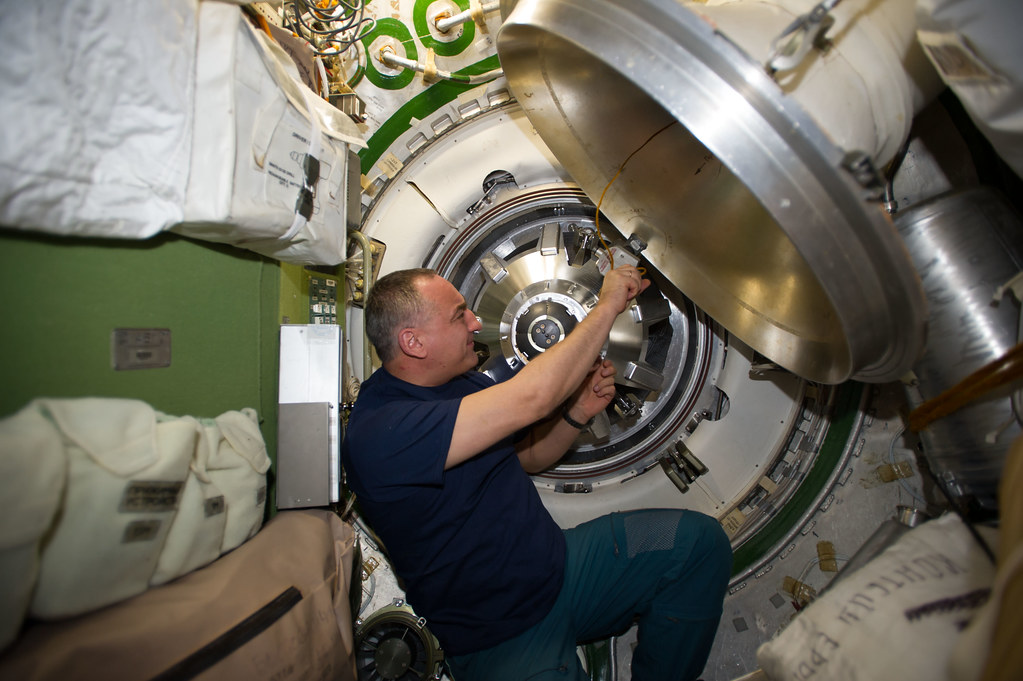 There is also a silent video from expedition 26 showing the opening procedure of the hatch of AVT Johannes Kepler:

Soyuz capsules have this actuation mechanism as well, so it is possible to open the hatch from within the station without the assistance of any crew aboard the spacecraft.

Not the answer you're looking for? Browse other questions tagged iss soyuz-spacecraft docking-port progress russian-segment or ask your own question.

33
Can't astronauts use the ball point pens in space?

9
How much crew time is required for visiting craft, at the ISS?
22
Does the ISS team plan cargo flights when at half crew on purpose?
14
How similar are Soyuz and Progress?
19
Why do Soyuz landings seem to be overshot?
3
Progress-MS01 docking incident
4
What do the insulation and meteorite protection layers being opened on the Soyuz MS-09 spacecraft look like?
14
Do the ISS docking ports require maintenance?