What is the most energy efficient & inexpensive propulsion system other than chemical fuel oxidizer that could be used in rockets?

I have read ionic/plasma propulsion system don't provide enough thrust to even lift themselves in Earth's atmosphere & photonic beamed propulsion is not in application yet so there any other thrusters that are way better than basic chemical fuel system being used or yet to be used in modern rockets ? Or maybe we can use ionic/plasma thrusters in a better way ?

Any help would be appreciated :)

For inexpensive, especially per ton of payload launched to high velocity you could consider the nuclear shotgun or project orion. There are a few environmental and regulatory issues, and the shotgun is probably not suitable for delicate payloads like humans.

If there were an alternative that is both inexpensive and more efficient than chemical fuels, it would be used already.

There is one promising candidate: several companies are working on rocket engines that burn methane with LOX, with potentially better performance than the usual RP-1/LOX.

The big challenge in ion thrusters is scaling them up and improving the thrust/weight ratio.

Nuclear thermal propulsion offers better specific impulse than chemical fuels, combined with high thrust. The big problem with these engines is their radioactive exhaust products, which makes them unsuitable for launches from Earth. They're also expensive to develop and build, so there's a catch-22 here: you can't get funding until there is high demand for fast interplanetary missions, and there won't be fast interplanetary missions until a high-thust+high-Isp engine is available.

Cold gas thrusters are about the most energy-efficient propulsion system actually used. They can give quite high amounts of thrust (as Mythbusters demonstrated on a couple episodes with things like scuba tanks), and the propellant can literally just be compressed air (nitrogen or helium are more likely), but they are hopelessly low performance for a primary propulsion system for launch vehicles. They are used for maneuvering though, the Falcon 9 first stage being a significant example.

I'm guessing that's not the answer you were expecting, because you seem to be a bit mixed up about energy efficiency and rocket performance. Rockets that are more propellant-efficient (higher specific impulse) are less energy-efficient. All else being equal, doubling your exhaust velocity gives you twice the thrust and twice the total impulse from a given amount of propellant, but requires four times as much power.

Chemical engines are limited by the energy content of the propellant itself. Ion thrusters and such use such high exhaust velocities that to run at a reasonable power requires cutting the mass flow rate down to the slightest trickle, which also cuts the thrust down to something a human would have trouble noticing.

The only way you could improve their energy efficiency would be to reduce their propellant efficiency, but even if you reduced the exhaust velocity of an ion thruster to chemical engine levels, providing the energy to accelerate the propellant from outside is a lot less efficient than doing it by combusting or decomposing chemical propellants. The total power output of a Merlin 1D is around 1.4 gigawatts, and due to regenerative cooling, almost all of the energy goes into the exhaust.

For me the answer to using nuclear power to get to orbit absolutely requires tapping into the electrical grid and not carrying the propulsion with you.

For example, a space elevator, or a high velocity projectile to bring raw material up along with in space manufacturing.

Alternatively, if you want the benefits of a high velocity projectile, without the certain death that comes with riding one, you can use the projectile to transfer energy to the payload with advanced targeting. I explore the concept a bit here: https://medium.com/@brysgo/high-altitude-mass-volley-9ee9e94f6007

It depends a bit on how you define cost and how many launches you consider. In the very-large-launch limit, where capital cost can be spread widely, some people think a tethered space elevator is the right solution.

More hypothetical are dynamic elevators like the space fountain: 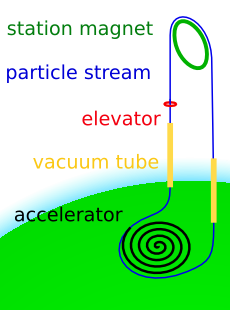 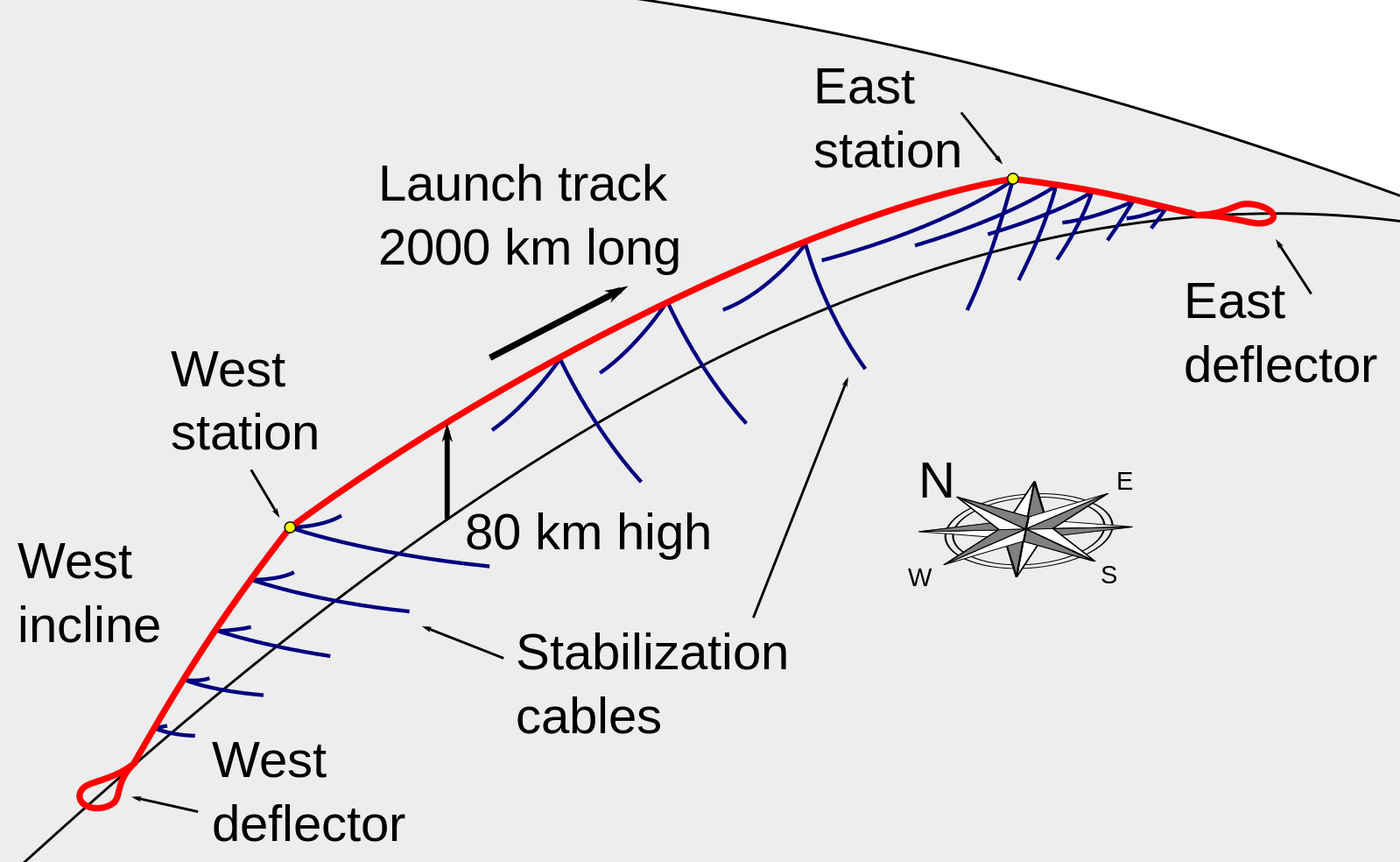 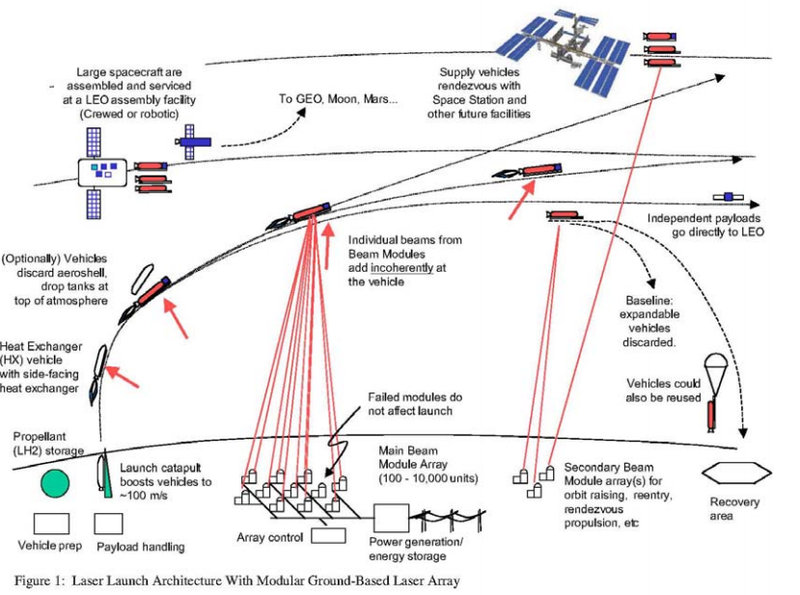 There’s a systematic catalog in Wikipedia.

Not the answer you're looking for? Browse other questions tagged rockets propulsion advanced-propulsion electric-propulsion or ask your own question.

13
Which currently operational orbital launch vehicle achieves highest system-specific impulse?
21
Can ion thrusters be scaled up?
2
Usages of electric propulsion versus chemical engines
17
Why is (conventional) ramjet not used for 2nd stage of rocket propulsion?
4
How to find the optimal launch trajectory for a rocket launched from a planet with an atmosphere?
2
What are all the kinds of electric propulsion that don't qualify as ion propulsion in standard spaceflight lingo?
2
Has Demonstrator-1 2021-006BX demonstrated a hydrogen-oxygen combustion engine fueled by electrolysis yet?