How much CO₂ could the wind through a tunnel within the deposit near the south pole of Mars sublimate?

Within the CO₂ deposit near the south pole of Mars, according to this article 3 subunits have been found with one having the top CO₂ layer of about 300 meters thick covered by a water ice layer with a thickness of up to 20 meters (Figure 4). 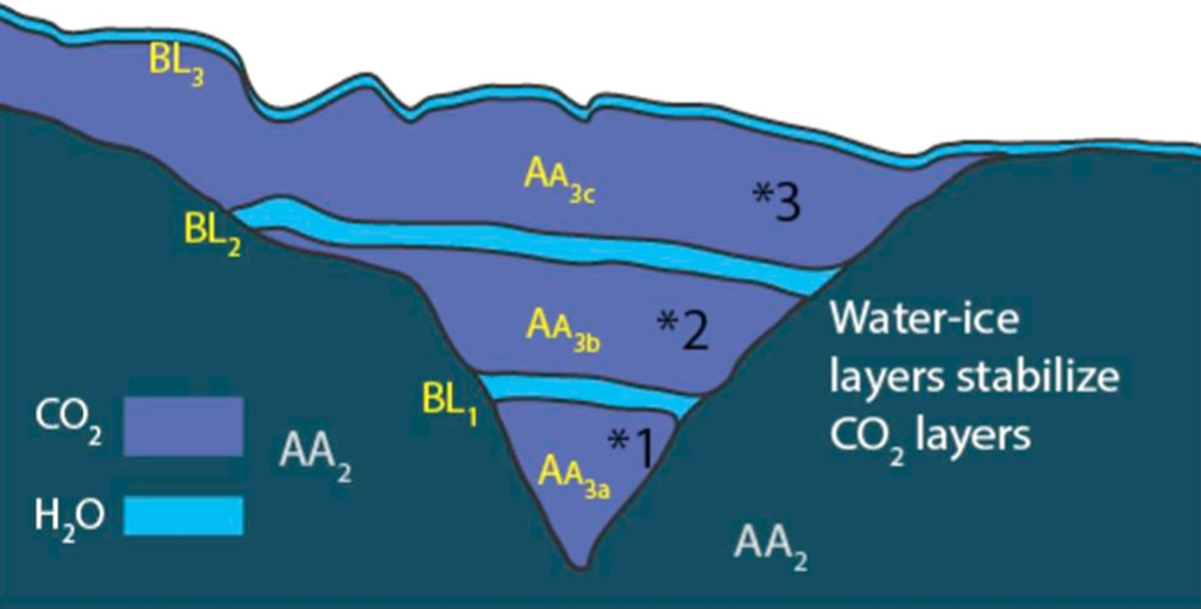 Part of Figure 4 of
Stratigraphy and evolution of the buried CO₂ deposit in the Martian south polar cap, Geophysical Research Letters

A Martian icebreaker with a nuclear reactor dropped on the deposit could use a jet of sublimated ice for its propulsion through both the CO₂ and water ice layer by using the hull of the vessel as a condensor for the reactor to heat and sublimate the ice.
For instance, the Russian OK-900A nuclear fission reactor has been used to power icebreakers.
It has a fuel load of about 151 kg and a power production of about 171 megawatts with a total energy production of over 2000 GWh !

To take advantage of the relative warm southern summer wind, a 10 km long tunnel at a depth of 40 meters beneath the water ice cover could be created by the ice heating vessel.
At both endings of the tunnel a 1 km wide entrance through the water ice layer could be created at a right angle to the tunnel to allow the wind to widen the originally 20 x 20 meters cross section of it by the sublimation of the CO$_2$ ice.

How much energy would it take to create the whole system ?

So a vessel with a nuclear reactor like the OK-900A could do the job !

But how much could the tunnel be widened by the southern summer wind, supposing a wind speed of 10 m/sec, the temperatures of the atmosphere and the CO$_2$ ice being -90$^0$C and -140$^0$C, respectively, and with an atmospheric pressure of 400 Pa ?

8
What kinds of nuclear reactors are suitable for operations in space? (Beyond thermionic and RTG)
11
Will uncovering the ice deposit in Utopia Planitia improve the climate on Mars?
5
What is the most economical way to vaporize the CO₂ deposit near the south pole of Mars?
2
What are the temperature and pressure inside the CO$_2$ deposit on Mars?
3
Would snow fall on the surface of Mars because of uncovering the ice deposit in Utopia Planitia?