With one out of two Thermal Control Systems on ISS malfunctioning, how long can Loop B keep up with increased load?

International Space Station (ISS) is in trouble again. One of the two Thermal Control System (TCS) loops (Loop A) is malfunctioning due to a troublesome Flow Control Valve (FCV). This is nothing new for the ISS and such malfunctions have happened before (e.g. in 2010 during ISS Expedition 24).

The whole current situation is nicely explained (as nice as such complex systems can be, see for example this try of mine to describe US segment TCS for perhaps half a page shorter version) in this Spaceflight101 article titled Space Station encounters Thermal Control System Failure (ISS Expedition 38). 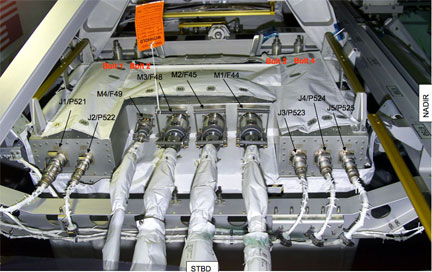 ISS Updates on Twitter assures there is no immediate danger to the crew onboard, but answers a question on contingency procedures onboard the ISS should Loop B fail as well:

ISS Updates, 4:27 AM - 12 Dec 13: Power down US Systems to the bare minimum & move crew to Russian segment until repairs can be made. Otherwise - de-crew ISS.

So while there is no reason to worry about the safety and wellbeing of Expedition 38 crew, and I have no doubt they will manage to convince the misbehaving FCV to respect its operational limits, or replace it with another during an unplanned spacewalk if the ground controllers fail to tame it (pump module in question in on the external Temperature and Humidity Control, or THC loop), I do have two questions:

Additionally, is there any predetermined order in which equipment is to be shut down or unplugged from ISS's Temperature and Humidity Control, and how far in the list are ISS laboratories and their experiments?

Edit to add: For quick reference, here's a diagram of the ECLSS (Environmental Control and Life Support System): 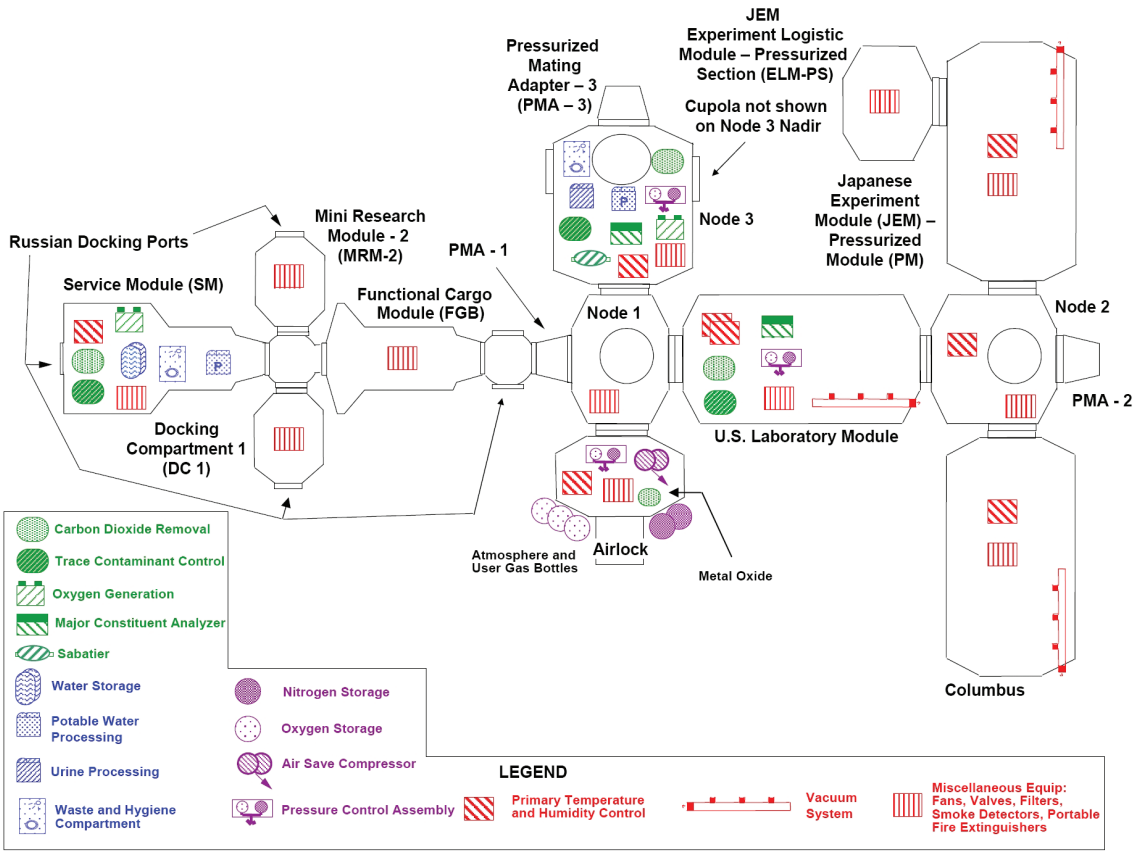 The failure you're referring to occurred in December 2013, Expedition 38.

According to the Mission Updates:

With the valve no longer closing, Loop A (of the External Thermal Control System) lost all of its thermal control capability. As a result, thermal loads on that channel had to be reconfigured to protect ISS systems. The Internal Cooling System that circulates water through a Low Temperature Loop and a Moderate Temperature Loop can be configured to operate in a single-loop mode for contingencies like this so that critical systems can remain powered-on.

Single-loop mode was configured for the US Lab, the Airlock and Node-3. The Harmony node does not have single-loop capability so that half of its systems had to be switched off (all those connected to the Moderate Temp Loop) - one of two Multiplexer/Demultiplexers and four of eight Direct Current Converter Units. With that, half the systems of the Japanese Experiment Module and the Columbus module were deactivated.

All critical systems of ISS remain powered and in nominal condition, and ISS is in a stable thermal configuration using Loop B of the External Thermal Control System. However, operating on a single cooling loop leaves ISS in a non-fault tolerant configuration. Should Loop B fail for some reason, the situation would get much more serious for the crew members on board. That is why Mission Control is trying to restore full thermal control capability as quickly as possible.

So the system is not fully redundant: some of the systems in the Harmony node had to be switched off until repairs were made. And with half the power supply from Harmony unavailable, 'half the systems of the Japanese Experiment Module and the Columbus module were deactivated'.

As for how long this situation could be maintained, the sentence "All critical systems of ISS remain powered and in nominal condition" suggests the system could operate like this indefinitely.

Not the answer you're looking for? Browse other questions tagged iss procedure experiment thermal-control eclss or ask your own question.

24
Air temperature and humidity inside the ISS
8
Why did NASA assess 3 separate and over 6 hours long EVAs are needed to replace a single failed Pump Module (S1 PM)?
1
Thermal control

32
What are the procedures aboard the ISS in the eventuality of a loss of a crew member?
10
How much heat did the Sabatier hardware add to the ISS heat profile?
10
If NASA's plan is to launch 4 astronauts to the ISS on CCtCAP vehicles, why design for 7?
17
How fast can the crew evacuate the ISS? (ACRV)
4
Lowest amount of people on the ISS at one time
27
How many times has there been 13 people inside the ISS and is it hard on the station?
4
H2 and CO2 ventilated outboard of the ISS, could become ice flakes in the extreme temperatures outside the ISS?
8
How, specifically, are ISS audio comm loops "privatized"? For example, in private medical conferences?
3
Do standard procedures for securing the ISS before an orbital boost burn include making sure that at least large objects are securely "strapped down"?