Practicalities of docking with a large spinning space station

We've all seen countless examples of spinning habitats in fiction. However there are certain practicalities with these space stations that I can't get my head around, namely around how you'd dock with one in the first place.

I've done a cursory search and found this question, which partially answers mine, though I there are some further details that concern me. 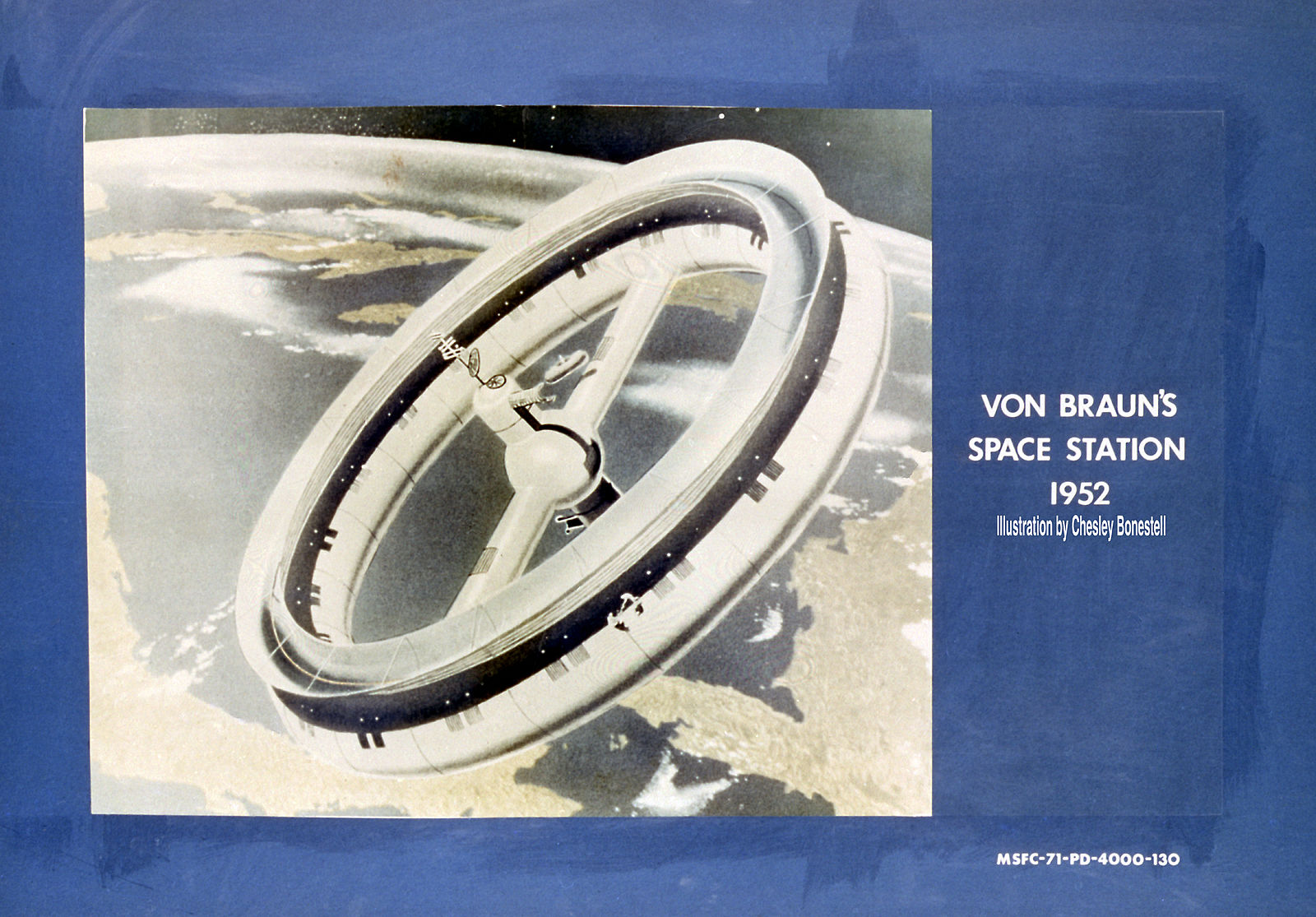 First, we're assuming these structures are large, and are designed for habitating a large population of people for long periods of time, if not permanently. There are two scenarios I can think of that vary with the construction of the space station.

The entire station is monolithic and is rotating: Any craft trying to dock must somehow match velocities with a specific part of this station. The further you go from the centre, the harder this would be. Even at the centre, the docking craft would still have to "interstellar it" and match rotations. For stations with a larger radius, a lower rotation rate is needed to maintain ~1 G, and thus a lower rotation rate is needed for the docking spacecraft to dock.

Furthermore, the docking port has to be aligned with the centre of mass for both the station and the craft. This restricts the possible number of docking ports on the station to two, one on each side, and also restricts the design of the craft somewhat (If your craft is rotationally symmetric, like crafts tend to be, you'll have engines on one side, which means your docking port will necessarily have to be on the nose of your craft).

The station is composed of a rotating and a non-rotating section: With a sizeable non-rotating section, you have no limit to the quantity or design of the craft you can dock with. However the interface between the rotating and stationary parts presents a problem. First, no matter how well you grease it, there will always be friction that will gradually equalise the rotation rate between the two halves. I don't know if this can be rectified by the occasional spin-up of the RCS system or whether it's an insurmountable problem.

Also, there will need to be a pressurised interior path between the two halves of the station to let people and cargo transit between them. I suspect the engineering involved with having a rotating seal that is pressurised on one side, would be formidable to say the least.

Practically, how might these issues surrounding docking (matching rotations, design of monolithic rotating station,friction between parts of a 2-part station) be addressed?

If the artificial gravity station is monolithic, it could also be hubless. It could have one "runway" on the inside of the ring. Docking ports don't need any complicated rotating seals. Matching rotation speed is made by "landing" the spacecraft on the station, and basically braking on its inner surface until full stop, and then taxi to the closest docking port. Humans are good at landing things on other things.

Seen from a different frame of reference, brakes are thrusters.

The whole station has to compensate braking force of the ship by increasing its rotational velocity up to previous rotation speed.

All of this assuming the ratio: mass of the station / mass of the ship, is huge, and won't disturb that much the barycenter of the whole thing, even if multiple synchronous landings could also solve the issue.

Not the answer you're looking for? Browse other questions tagged space-station docking rotation or ask your own question.

32
Will the ISS need more docking ports?
9
Why is the Pirs docking module being discarded?
8
On Mir, did they ever move a Soyuz at the front end, to a side docking port using Lyappa?
9
Have two individual ships been docked directly since Apollo-Soyuz?
12
What will be NASA Policy on backup ISS docking/berthing ports, once commercial crew is up and running?
11
What are the numbers on the Soyuz docking cam?
13
Does ISS stop rotation for docking?
4
Can the US Manned vehicles (CST-100, Dragon V2) dock to a Russian vehicle?
2
Can an ISS berthed vehicle remotely unberth?
0
What is the origin of this space station design concept and animation?