How to match orbital speeds of 2 or more satellites in different orbits?

Satellite ME is orbit around the Moon and Earth. Satellites E is around Earth. I understand the low orbit satellites orbit at higher speeds. Can Sat ME match the speed of any of Satellites E at any altitude to be in close proximity for a half orbit? 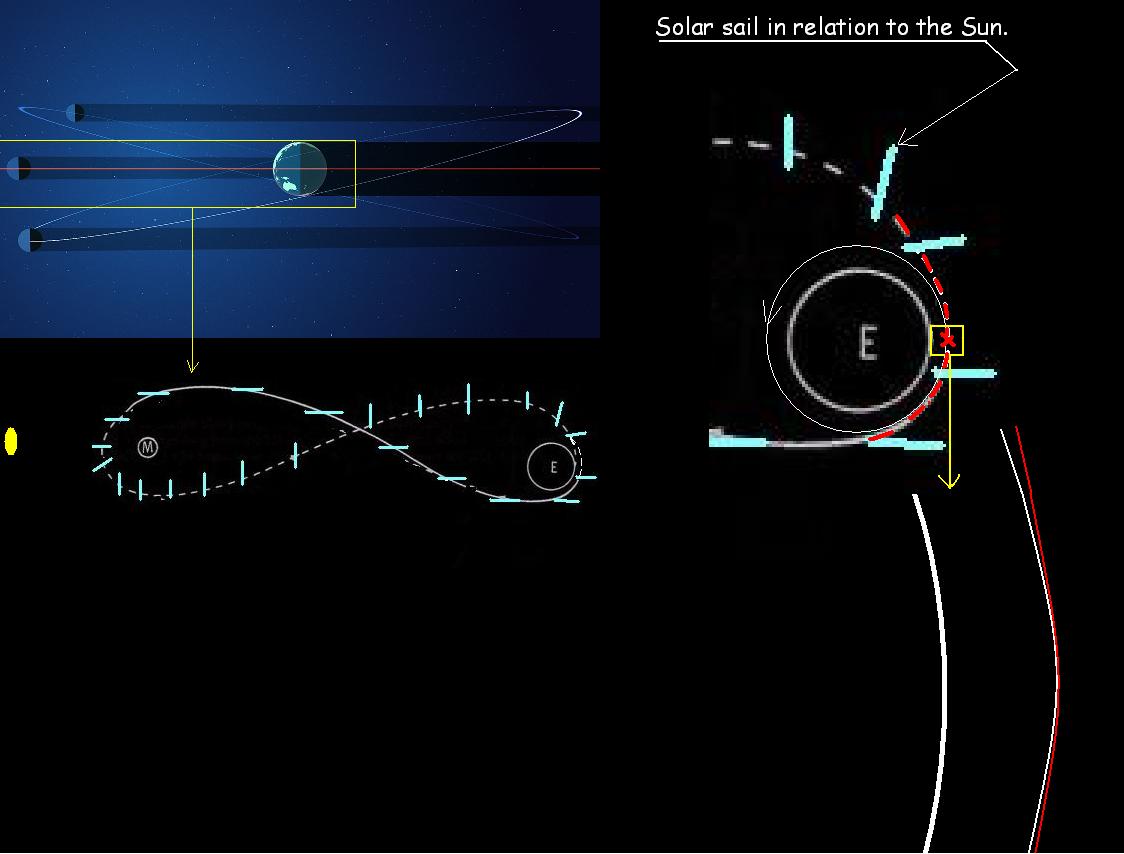 Since you add the clarification of "Can Sat ME match the speed of any of Satellites E at any altitude to be in close proximity for a half orbit?", I assume that by speed, which is a scalar quantity (no direction information), you actually mean velocity, which is a vector quantity, having both magnitude and direction. Two satellites going at the same speed but in directions 90° apart haven't performed a rendezvous!

So my assumption is that you're asking if two satellites at pretty much the same relative position for an extended period (half an orbit), but one staying in LEO and the other going out to near-lunar distances, can have velocity vectors that are fairly closely parallel and equal. Is that an accurate restatement of your question?

If so, the answer is no. Orbital mechanics says that if two objects are in the same position, with parallel and equal velocity vectors, then their orbits will be the same.

The ME and E example is a good one to demonstrate just how far from matched those velocity vectors are. A satellite in a 400 km (altitude) circular orbit at Earth has a speed of ~7.67 km/s. An object in a "free-return" Earth-moon orbit (which can't do a lunar flyby on every orbit!) with a 400 km perigee has a perigee speed of ~10.74 km/s. So even if you line up their velocity directions, there's more than 3 km/s of difference in their speeds.

Summary: There is no orbit that goes out to near-lunar distances that would even roughly rendezvous with an object in LEO.

Not the answer you're looking for? Browse other questions tagged orbital-mechanics artificial-satellite the-moon orbital-maneuver earth or ask your own question.

9
At which point would two GSO/GEO satellites with similar orbital elements be closest to each other?
26
Can a satellite orbit Earth so that it always has the Moon in line of sight?
7
Why are spy satellites in elliptical orbits?
2
Why do we accept elliptical orbits for satellites?
7
How did Shepard's and Grissom's speeds compare with orbital velocity?