What do the the gold and turquoise beams from the MASCOT rover represent in this video?

The German Aerospace Center, DLR video is in Japanese so I can't understand it, nor even type the doubtlessly informative annotations into a translator.

Question: What do the the gold and turquoise beams from the MASCOT rover, below, represent (from this video)? 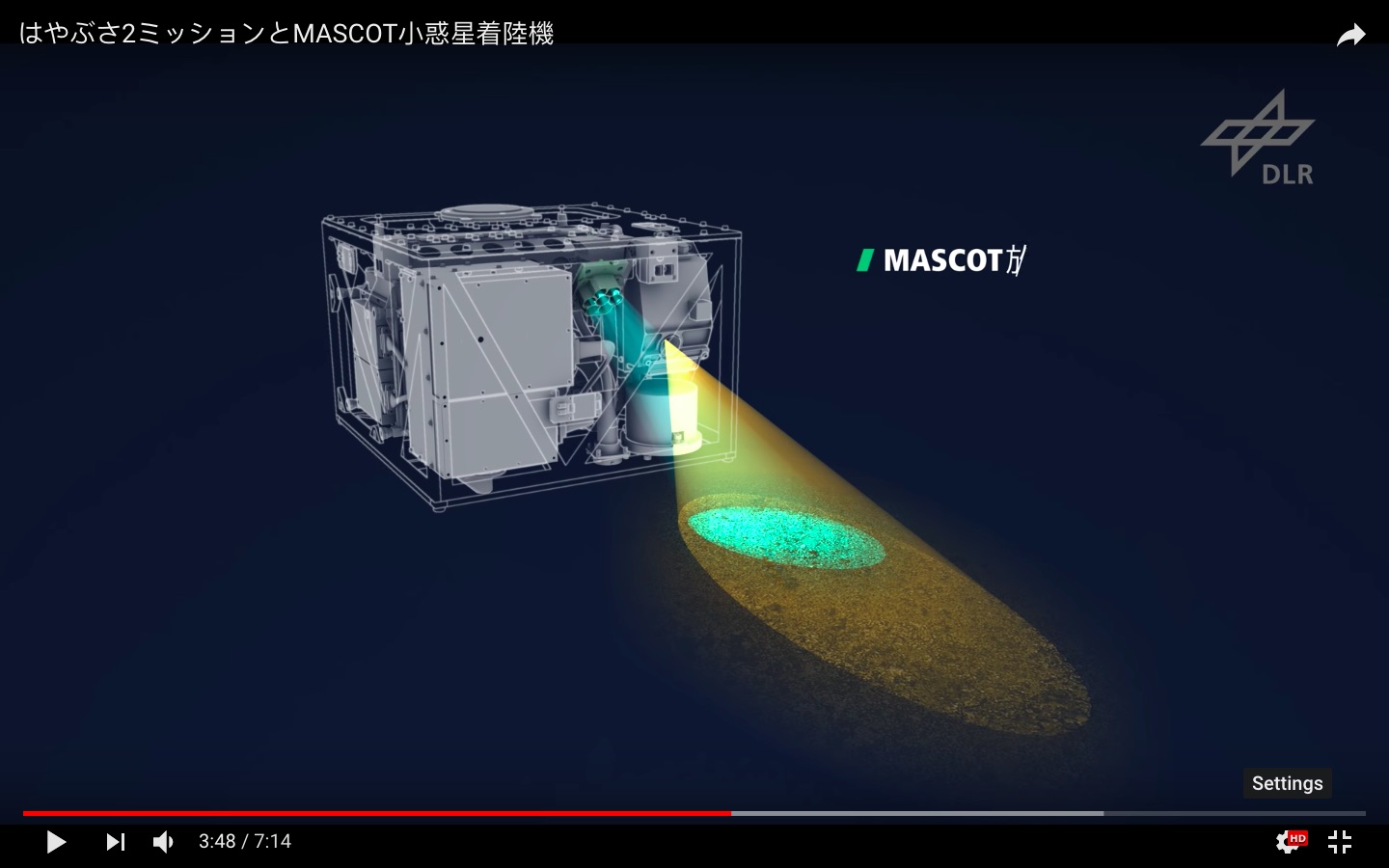 As stated in @JCRM's answer the aquamarine beam in the video represents the field of view of MARA or MAscot RAdiometer.

But I think the funky hexagonal appearance is strange and counterintuitive, so I'll elaborate on what this funny-looking thing really is.

A radiometer measures intensity of radiation, and in this case it's thermal infrared radiation from Ryugu.

The reason that the video shows two color beams simultaneously is to indicate that it is important to know what it is that you are taking the temperature of. The FOV of the radiometer and the FOV of the camera overlap nicely when MASCOT is position as shown in the video. Focus information from the camera gives range, and that can provide analysis what it needs to know about the overlap if MASCOT is tilted funny, or is falling or tumbling in real time; this MASCOT rover tweet says that it was already on and recording even as MASCOT was slowly drifting toward the surface.

MASCOT will measure the radiative flux emitted from the asteroid’s surface using thermopile sensors. Six individual filters will be employed to measure the flux in the wavelength bands between 5.5-7, 8-9.5, 9.5-11.5, 13.5-15.5, 8-14, and 5-100 µm. The primary scientific goal of the radiometer is the determination of the asteroid’s thermal inertia, the secondary goal is the characterization of surface mineralogy.

If these filtered wavelength bands (especially the last one of 8 to 14 µm) look familliar, it's because it's roughly the same band and kind of filter that's integrated with the the little thermopile-based radiometer chip inside those IR thermometers they stick in your ear, that feed back to your cars' air conditioner control or that you point at the sky. The six bands correspond to the six-fold "honeycomb" object seen in the video.

When deployed, that has a cover over it with collimating apertures that define the FOV to a half-angle of 10 degrees as shown below, sitting immediately to the right of the exposed sensor head in the left half of the image. 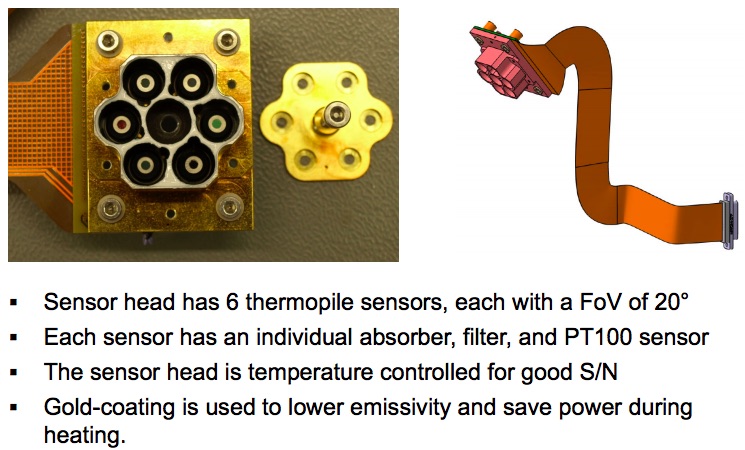 However the shapes of the bandpasses of the filter and absorber combinations are not all nice and tidy. You can read more in Grot et al. The MASCOT Radiometer MARA for the Hayabusa 2 Mission EPSC Abstracts, Vol. 7 EPSC2012-50-2 2012, European Planetary Science Congress 2012 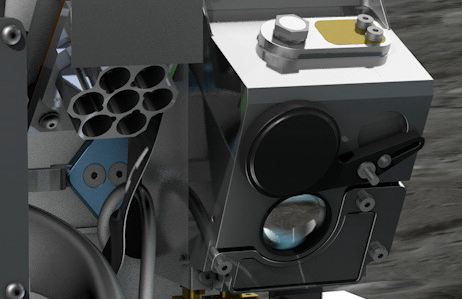 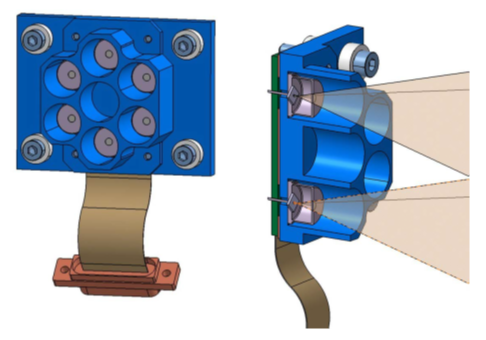 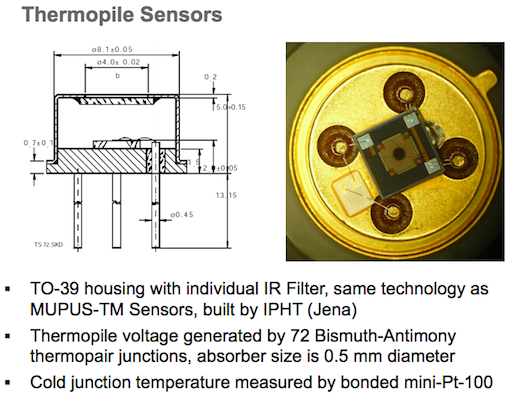 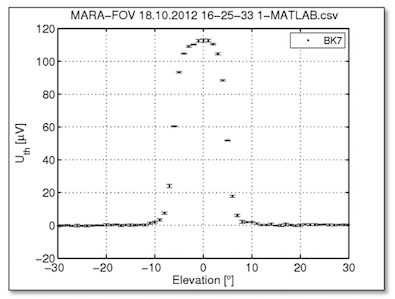 Not the answer you're looking for? Browse other questions tagged mascot or ask your own question.

13
How cold is the Martian sky at night? Or the day for that matter?