Is Hohmann transfer the most frequent transfer orbit?

I have to complete a project for a university exam. The task is to design an interplanetary trajectory from Earth to Saturn, and to compare it with a Hohmann transfer to the same planet. I also have some specifications for the trajectory, including two planetary fly-bys.
I'm using a Matlab code to do the maths and get my trajectory, it follows the patched-conics method and the rules of the keplerian motion. By setting two swingbys, I got the following result: 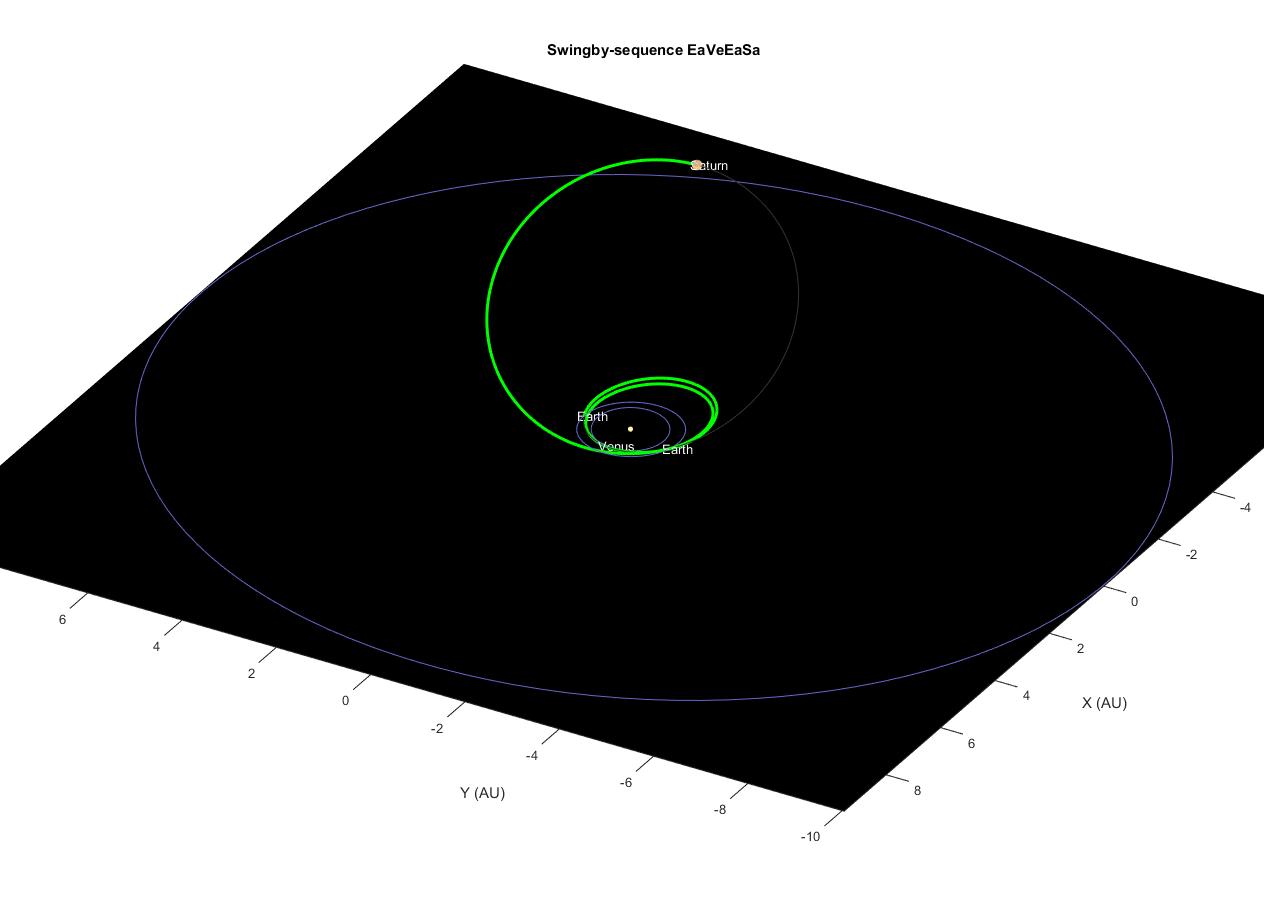 I did not understand the topic very well, so I don't understand what do I have to compare it with. Isn't this trajectory (the one showed the picture) already a Hohmann transfer? Should I try another kind of transfer orbit? What's the most frequent transfer orbit in orbital mechanics?

Edit: the whole text is here.

Partial transcription of this screen shot

The objective is to design an interplanetary trajectory from Earth to Saturn, and to compare it with a Hohmann transfer to the same planet. The trajectory should be designed with the patched conics method and Keplerian motion, assuming all plnets on coplanar orbits about the Sun.

The trajectory should be composed by:

Maybe they just mean compare to a simple Hohmann-like transfer from Earth's orbit to Jupiter's orbit without any fly-bys?

In the particular context of the project statement, there's an interplanetary trajectory, which you design, and there's a Hohmann transfer which is defined and so you don't design it.

Should I try another kind of transfer orbit?

I don't think so. I think it means compare your existing design to a single Hohmann transfer between and Earth-like orbit and a Jupiter-like orbit. It says coplanar, and the true orbits of Jupiter and Earth are not perfectly coplanar, (they're not perfect circles either) so I think you can make some tiny approximations, but you'll see that the differences in delta-v and in time are quite large.