Did the crew of Soyuz MS-10 pass the Karman Line?

Just wondering if Nick Hague got his gold astronaut wings.

From Ars Technica, the failure came around the T+2:00 mark, which would have been close to when staging happens

What we know is that at about two minutes, there was some sort of failure with the first stage of the rocket and/or its strap-on boosters. (Rumors are circulating that perhaps one or two of the boosters didn't properly separate from the first stage).

The ESA has a video about the Soyuz, which notes that it would be about 40km up at that time

That is consistent with, say, a Falcon 9 Block V 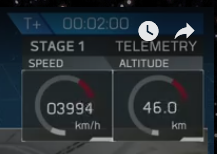 It's also consistent with this tweet mentioned in the comments

Correction to my earlier tweet: the failure happened at 50 km altitude, not 82 km. Apogee would have been close to 80 km, so possibly space by my definition but not by the 100 km definition

So he got out of the atmosphere, but didn't cross the Karman line, sadly. 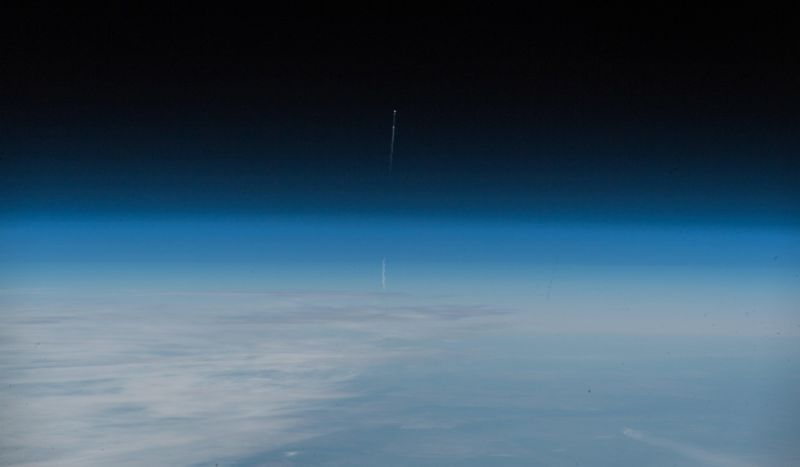 Not the answer you're looking for? Browse other questions tagged astronauts failure soyuz-launcher sub-orbital or ask your own question.

12
Did/does the US use statute or nautical miles to decide who gets astronaut wings?
13
Why is FAI considering lowering the Karman Line to 80km?
12
What would a “Kármán plane” look like, a bird, or a plane?
16
Have spacecraft ever dipped below the Karman line and then safely continued spaceflight?

5
Is there a good chart, comparing the various Russian engines proposed for Soyuz (Booster) upgrades?
4
Could any existing gun reach the Karman Line?
24
How long does it take to get from a spacewalk to being inside the ISS and out of your suit in an emergency?
7
How many earth stations had astronauts on-site during John Glenn's orbit in Friendship-7?
9
Can astronauts wear eyeglasses inside their helmets during launches and landings?
15
Have any astronauts/cosmonauts died in space?
5
Who put their spacesuit boots on the wrong feet?
12
Did/does the US use statute or nautical miles to decide who gets astronaut wings?
2
Did an astronaut on the Moon ever fall on his back?