How would the International Space Station be maintained unmanned?

Russia's lunch to the ISS failed and the crew may have to leave it unmanned. How would the ISS run without a crew? Could some one else take it over or squat in it?

The ISS is technically able to run without a crew, there's telemetry and command links that allow ground control to do most housekeeping tasks. That being said there's maintenance that only humans can do, and some issues can only be fixed by people on board. A recent example of this is the leak in the Soyuz module. Ground engineers would not have been able to track that down to the exact point, and they certainly wouldn't have been able to repair it.

So really it all depends on what goes wrong, there's a reasonable chance that something important will break if there's an extended unmanned period.

As for whether someone could take the ISS over it's certainly technically possible, all you need is a powerful rocket launching from a location that can reach the ISS's orbital parameters, spacecraft capable of taking crew up to it, the means to resupply it on a regular basis, and a crew that know how to run the ISS in the first place without ground support. There's 3 organizations that could do that and they are Roscosmos, NASA (although NASA currently lack a system it's on the way and NASA has the launching points) and the CNSA (Chinese National Space Agency). China would have to be a bit nuts to try it as it would be an extremely aggressive move with a lot of risk.

It's possible (although not desirable) to leave a space station drifting uncontrolled, rescuing it at a later time. This happened in real life with the Soviet Salyut 7 space station in 1985. The sensor that pointed the solar array malfunctioned, leading to loss of power, loss of telemetry and control, and eventually to the drifting and slow tumbling of the station.

Salyut 7 was eventually salvaged and repaired by Soyuz T-13. This included docking with the derelict station (without a functioning docking radar), diagnosing and repairing the sensor, restoring power, correcting the attitude, re-heating the station, and repairing the water system (which had frozen). It was arguably the most difficult repair in space history.

The recovery of Salyut 7 was dramatized in the Russian blockbuster movie of the same name. The movie takes a few liberties, including a sinister flyby with the space shuttle Challenger. However, it also includes a toy bear as a microgravity indicator: 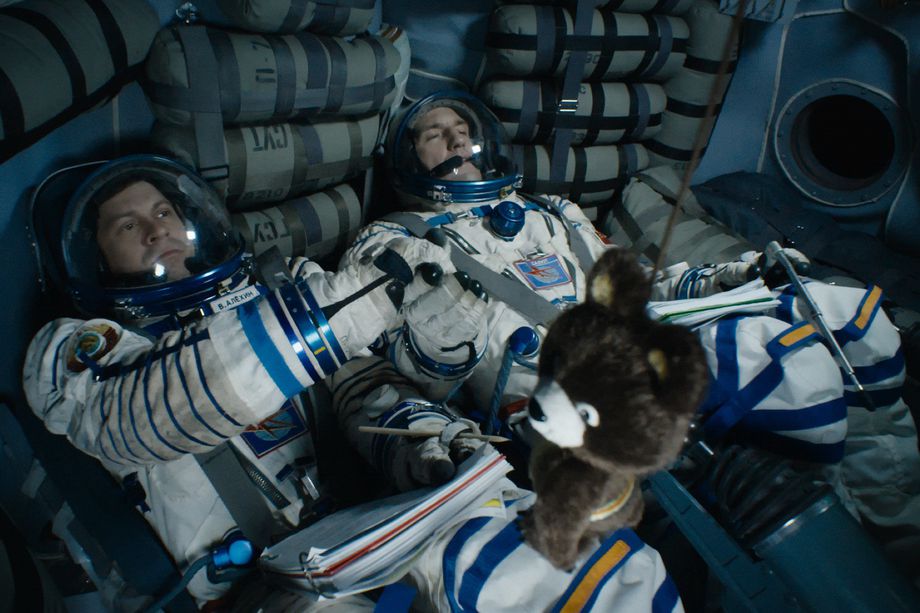 I'm skeptical about someone else taking over an unmanned station. First, the rendezvous and docking requires experience that only the Russians and the Americans have. Second, getting a station back to functional status involves expertise, parts, and supplies that only the original space agencies have. Again, these are the Russians and the Americans.

If the ISS has to be left without a crew aboard, this could be a serious problem. That's because a number of events could cause the ISS to lose attitude control. Why is this important? When a structure like ISS loses this control, the object tumbles.

When there is a crew on board during these events, they run the procedures to re-establish control. This is not such a big deal. Without a crew however, the antennas would quickly lose a signal lock with mission control, and the ISS computers would fail to receive commands from the flight controllers. The solar arrays would no longer point at the sun correctly, and the storage batteries would run down. The ISS would slowly die.

It would not be possible to safely attempt a docking with a tumbling station, so a new crew would not be able to get aboard to rectify things. The ISS would slowly lose altitude and re-enter the Earth’s atmosphere in an uncontrolled manner. We and our international partners would lose the 100-billion-dollar-plus facility. Large pieces would survive the re-entry and could cause significant damage upon hitting the Earth.

Not the answer you're looking for? Browse other questions tagged iss orbit flight-computer uncrewed-spaceflight or ask your own question.

26
Why has the ISS not been left unmanned?
23
How long would ISS stay in orbit if it didn't get reboosts?
9
Microgravity indicators
9
Would recovery from these three problems on the ISS each require astronauts on board?
1
Would adding a long pole to the International Space Station keep it from tumbling via gravity gradient stabilization?