Did the Shuttle have a drag penalty for ascent with a negative angle of attack (AOA)?

Because the Orbiter wings developed lift at zero angle of attack, the high dynamic pressure portion of ascent had to be flown at a negative angle of attack, close to the zero lift angle. This could have been done heads-up or down, but the early crew members expressed a preference for having a horizon view. This led to the heads-down attitude.

If lift and drag were plotted together as in the hypothetical picture below, would it show a significant increase in drag coefficient $C_D$ at a typical negative AOA used at this point in the Shuttle's ascent? 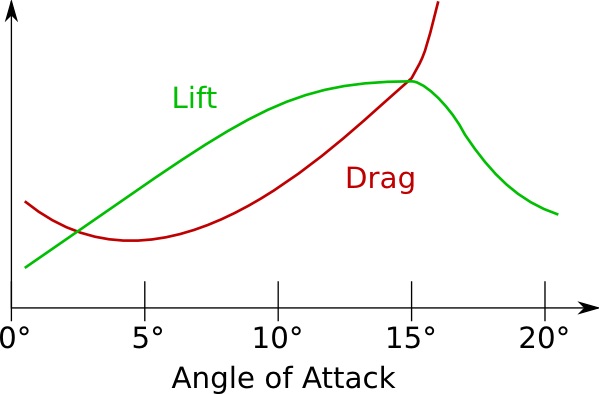 Browse other questions tagged space-shuttle atmospheric-drag aerodynamics or ask your own question.

15
Why did the Space Shuttles perform a rollover maneuver during launch?