A report of NASA, dated December 1971, shows at page 18 a picture on which the traces left behind by the Apollo 15 mission are superimposed.

In 2012 NASA released a computer enhanced photo of the same site where Apollo 15 landed. However, the picture shows a completely different landscape and shape of the traces.

How can two images of the same site look so different? 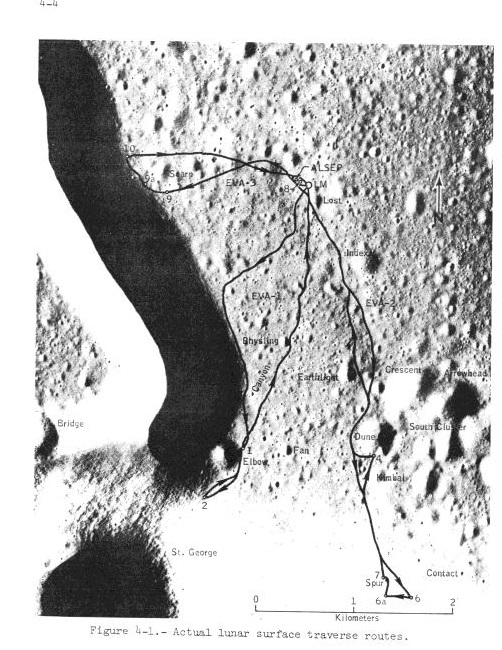 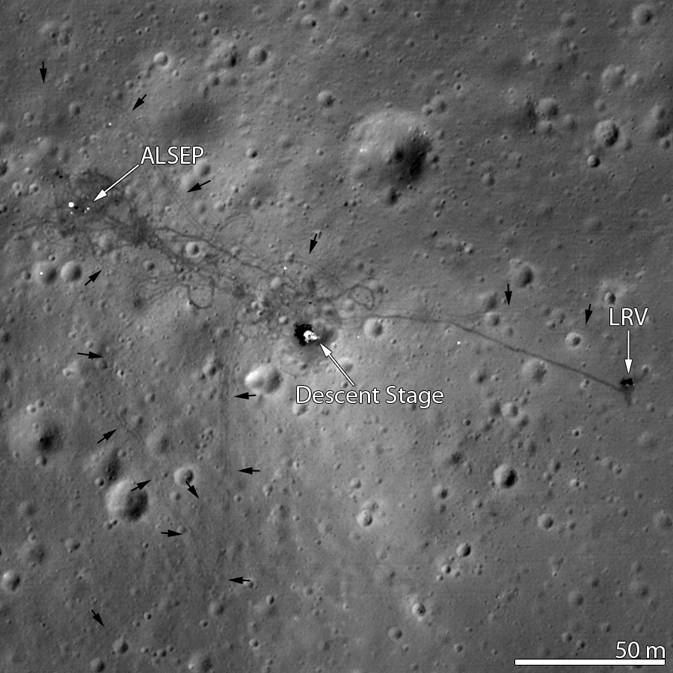 I have found pictures of all Apollo sites (11, 12, 14-17) photographed by the Lunar Reconnaissance Orbiter. None of these photos seem to be a close or distant match of the one published in the Dec 1971 report. 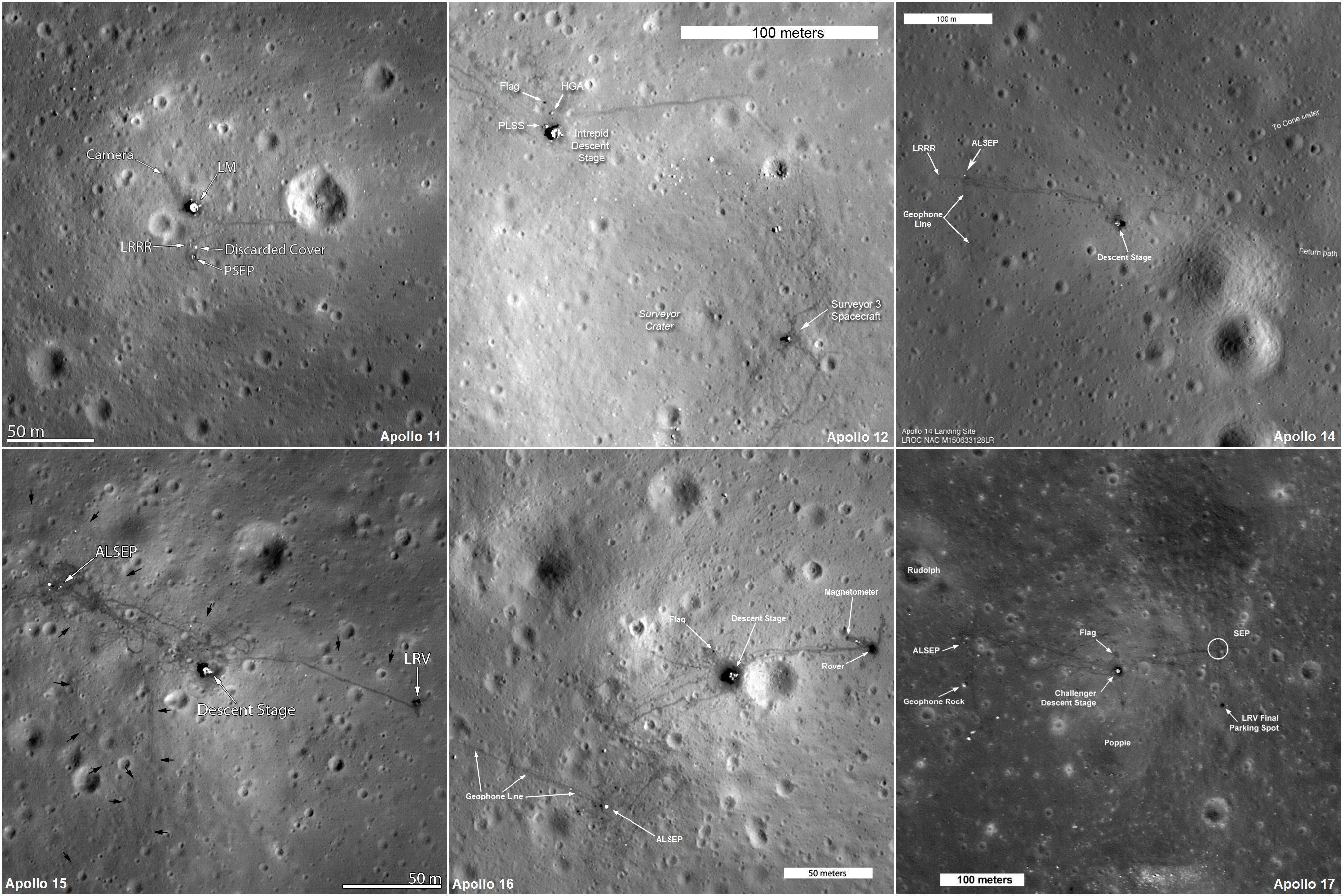 The two images can not be genuine in the same time. At least one of them is a fake.

Have a look at the scales of the two images: 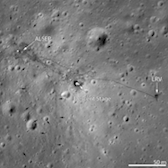 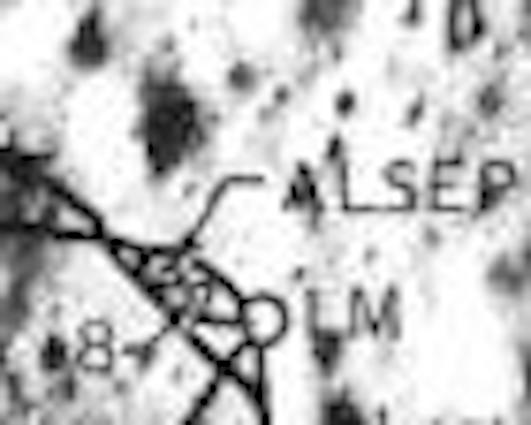 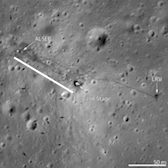 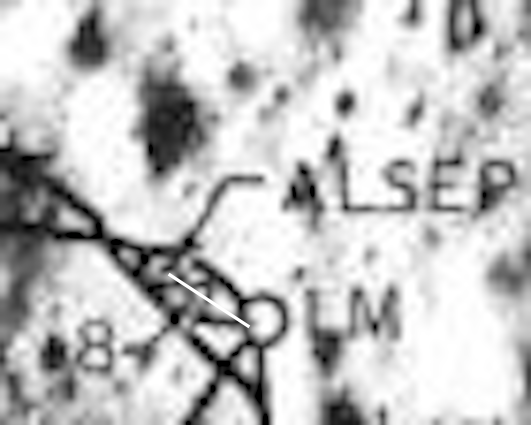 Have another look at the OP's older image, it's a screen shot from a PDF likely made from scanning a printed copy of a 1971 report. The contrast is horrible. That plus long shadows at a low solar inclination distorts perception of topography.

Here are histograms for the two areas shown in Step 2, clearly there's a problem:

The two images can not be genuine in the same time. At least one of them is a fake.

Decide this is another hoaxer question rather than an actual question, vote to close as duplicate indicated.

"How to find a better quality copy of this poorly reproduced image?"

Supplemental answer for those who would like to pursue a good quality version of the image in the December 1971 report, rather than manually "make lousy" a good LRO image as OP proposed.

The document Guide to Lunar Orbiter Photographs NASA SP-242, 1970 (~100 MB!), (lousy reproduction but only ~10 MB here) is an excellent resource. I found this in @Uwe's question Usage of Apollo Lunar Surface Hasselblad Camera with 500 mm lens?

and a map of the area, showing areas covered by both low and high resolution imaging is shown on page 113 of the document.

It is possible, though I don't know for sure, that the image in the December 1971 report is from V-104 through V-107, M/H. According to Wikipedia the coordinates should be about 26.1°N 3.6°E, so that seems to put the Apollo 15 landing site in V-105M only, and that photo would be taken with the orbiter's medium resolution camera. 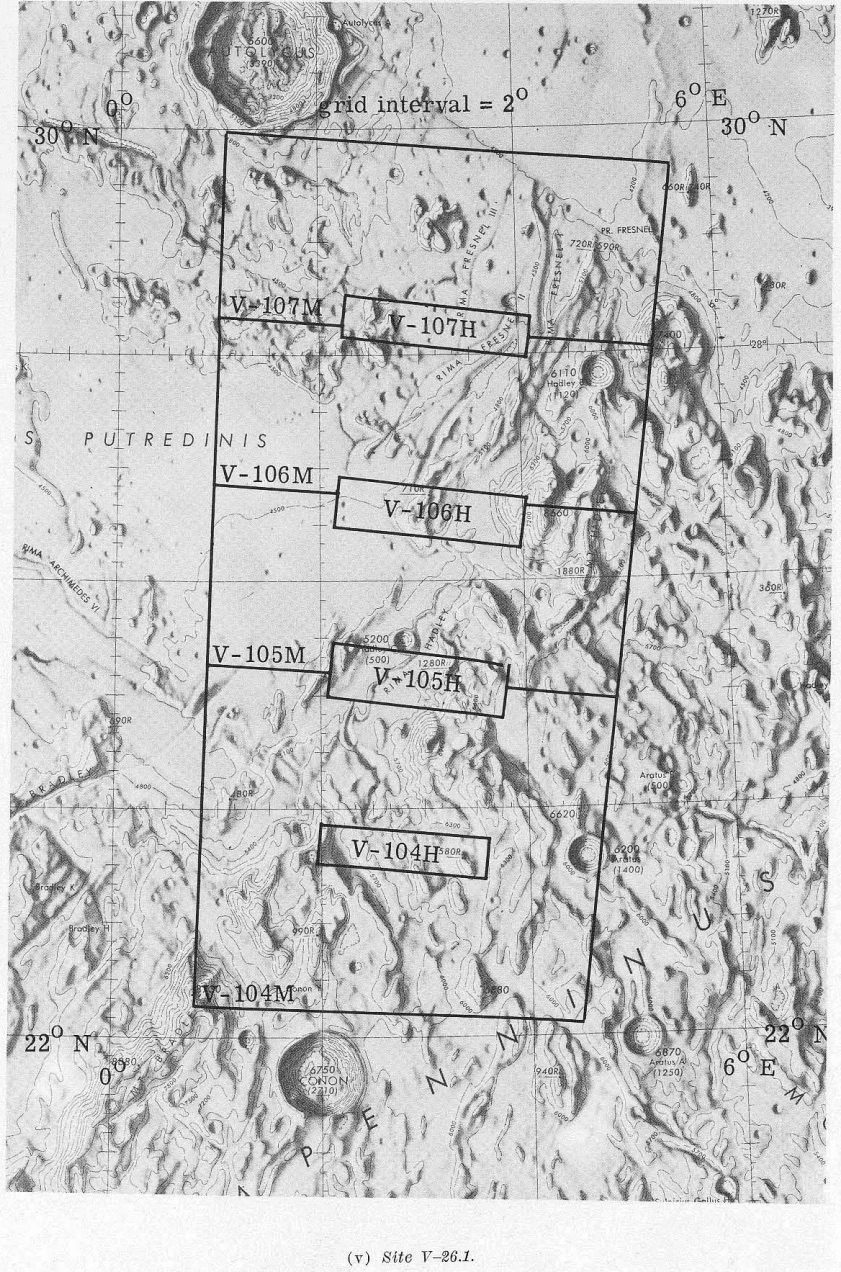 V-105M is as follows, and remember that the map is a Mercator projection of a sphere and not from the spacecraft's point of view, so there will be several kinds of distortion between the two views; they won't match perfectly. 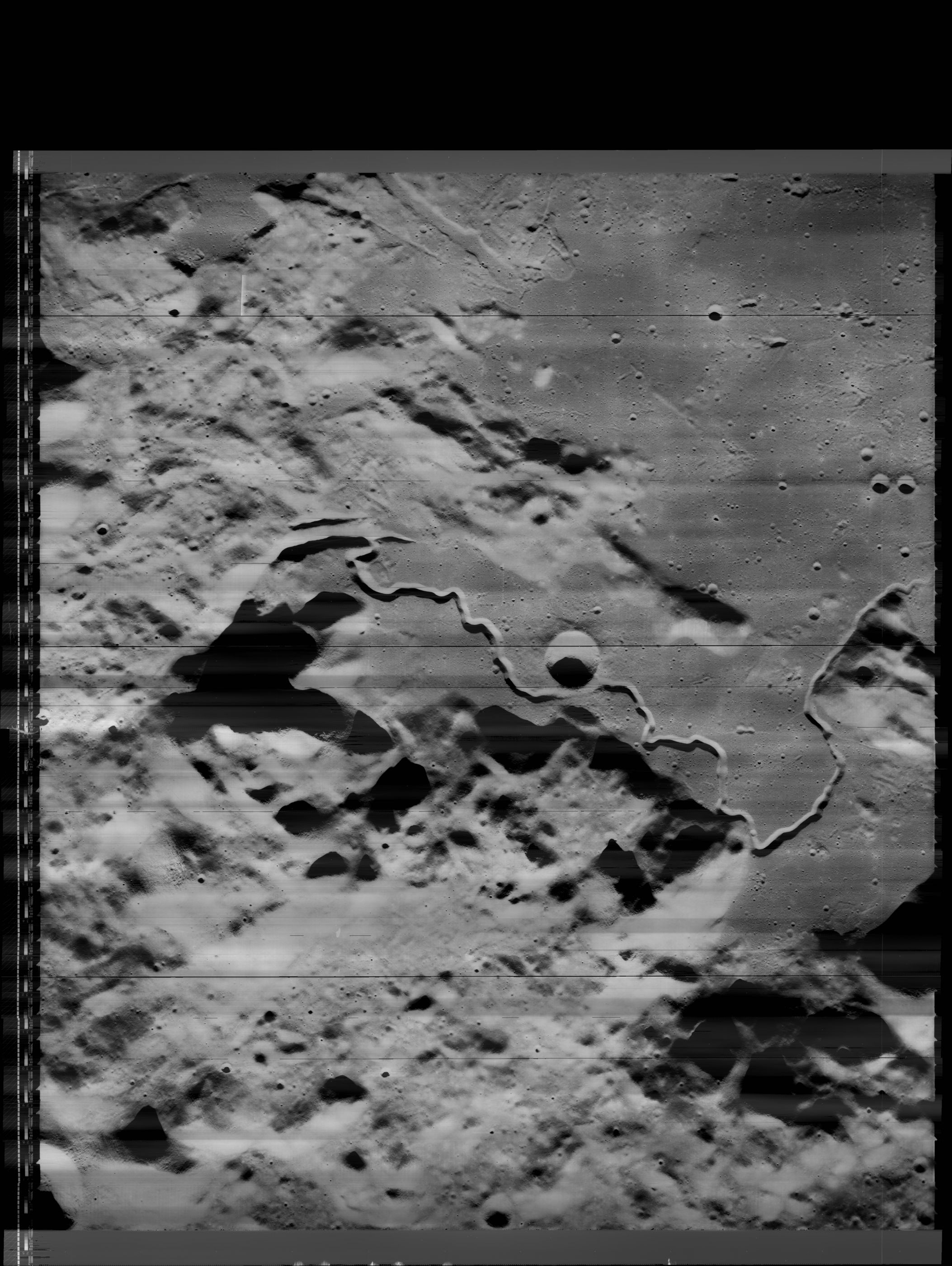 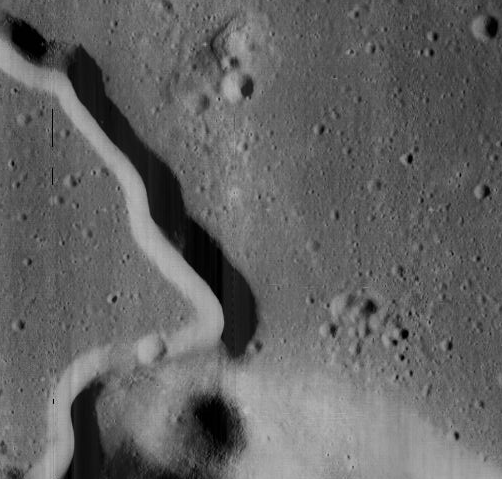 Compare a rotated section from the right side of the full image above, to the OP's original screenshot of a PDF of a printout of the December 1971 report. Differences are probably related to reproduction quality and contrast.

Images of the Apollo 15 landing area from https://www.google.com/moon/ help to demonstrate how variations in contrast and solar elevation angle can make the same terrain look very different as well. 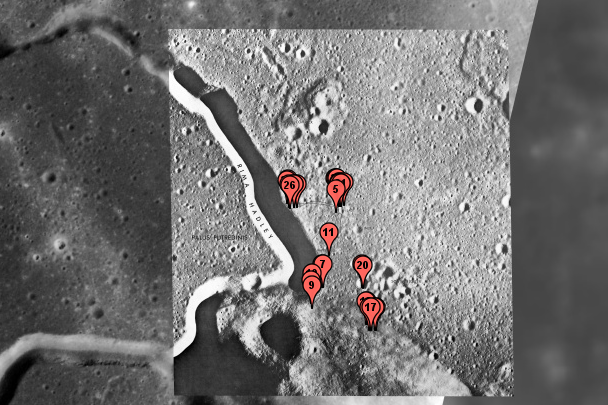 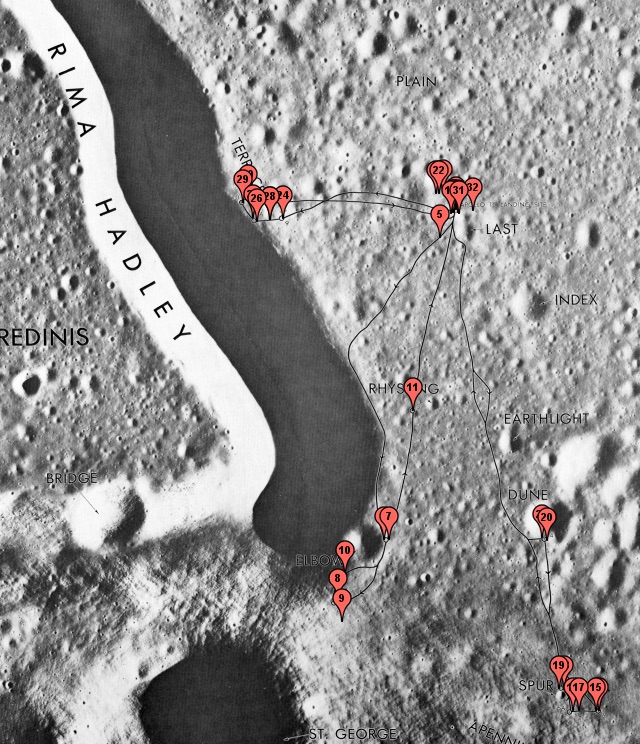 52
How do we know the Apollo Moon landings are real?
19
Usage of Apollo Lunar Surface Hasselblad Camera with 500 mm lens?
-7
Why does the Mars InSight Lander look wet like a cardboard box that came in contact with water?
3
Did NASA remove four major photographic atlases of the Moon from its Technical Report Server? Gone for good, or just hype?
-5
More water in a crater on Mars than the quantity dumped by the river Nile into the Mediterranean sea in 45 years?
0
What are the “Boeing Lunar Orbiter spacecraft” from the 1960s? Why is “Boeing” in the name?
-7
Lot 345 of Christie's “Voyage To Another World” auction supposedly has the only photo of Armstrong on the Moon, but isn't this one also?

12
What is the cause of the data discrepancy between these two Apollo 11 Reports
4
Where are these historical IBM + Apollo related locations within NASA? What do these computers do?
7
Were flown lunar rover miniature license plates approved for the Apollo-15 flight?