Is there any satellites that are designed to come back to Earth for repairs or upgrades and then be deployed again? Would there be any benefits to creating a capsule or inflatable heat shield to go on and bring back satellites?

After piggy backing off another payload could heat shields remotely solar sail to debris in slightly different orbits be retrieved for repair or otherwise? 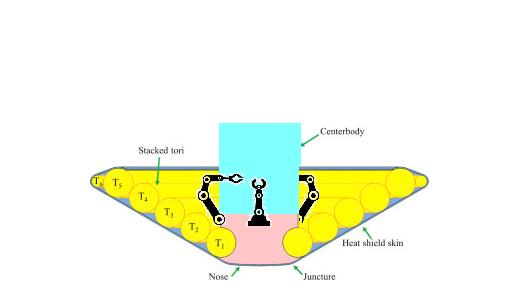 Note: when this answer was written, the question was phrased as follows (6 revisions have been done to the question at this writing):

Is there any satellites that are designed to come back to Earth for repairs and be deployed again? Would there be any benefits to creating a capsule to bring back satellites? or would it just be cheaper to build another?

It is possible and has been done.

One of the design requirements for the space shuttle was the ability to retrieve satellites from orbit.

This was done infrequently, Hobbes gives a list in his answer to this question: What satellites did the Shuttle retrieve from orbit?

Some satellites were repaired in orbit by the shuttle as well, including the famous Hubble Space Telescope. See also Besides HST, JWST and stations, are there any examples of satellites designed for service in space?

Not the answer you're looking for? Browse other questions tagged launch artificial-satellite reentry reuse or ask your own question.

23
What satellites did the Shuttle retrieve from orbit?
8
Besides HST, JWST and stations, are there any examples of satellites designed for service in space?
6
Suppose Hubble needed to be fixed by replacing an accessible module again and NASA called for help, what are the most likely mission proposals?
1
Parasite Satellite

6
Swarm: Is ESA launching another set of aerodynamically streamlined satellites into LEO without any self-destruct system onboard?
7
Where is the best place to get a time history of launches and satellite numbers
17
How accurately (maximum possible accuracy) can future satellite positions be predicted?
3
Is it possible to launch a satellite into orbit with a solar sail and a weather balloon using the magnetic poles?
6
Satellite manufacture and cleanliness
3
Given a working satellite, would it be possible to build a homemade transmitter/receiver?
9
Commercial satellite retrieval - possible?
3
Do they actually regularly send out people with space ships to spacewalk out and fix broken satellites?