When was the ISS's "SPEED LIMIT 17500 MPH" sign originally posted?

When was the ISS's "SPEED LIMIT 17500 MPH" sign originally posted? 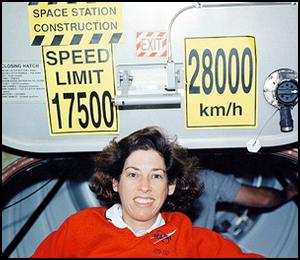 I used this in this answer but I'd like to know more. It seems many astronauts "happened to have" had their picture or video taken in front of the sign over the years. I'm curious how far back it goes, and wondering if it counts as "original equipment".

Not original, but close.

If we view the original hi-res photo used in the question we can see the salmon color behind crew member Ellen Ochoa. This tells us that the hatch in question is the Node 1 aft hatch (it leads to the Russian module FGB).

We can see in this photo from STS-88, the first Shuttle ISS assembly flight, that the same hatch is not yet decorated with the signs. 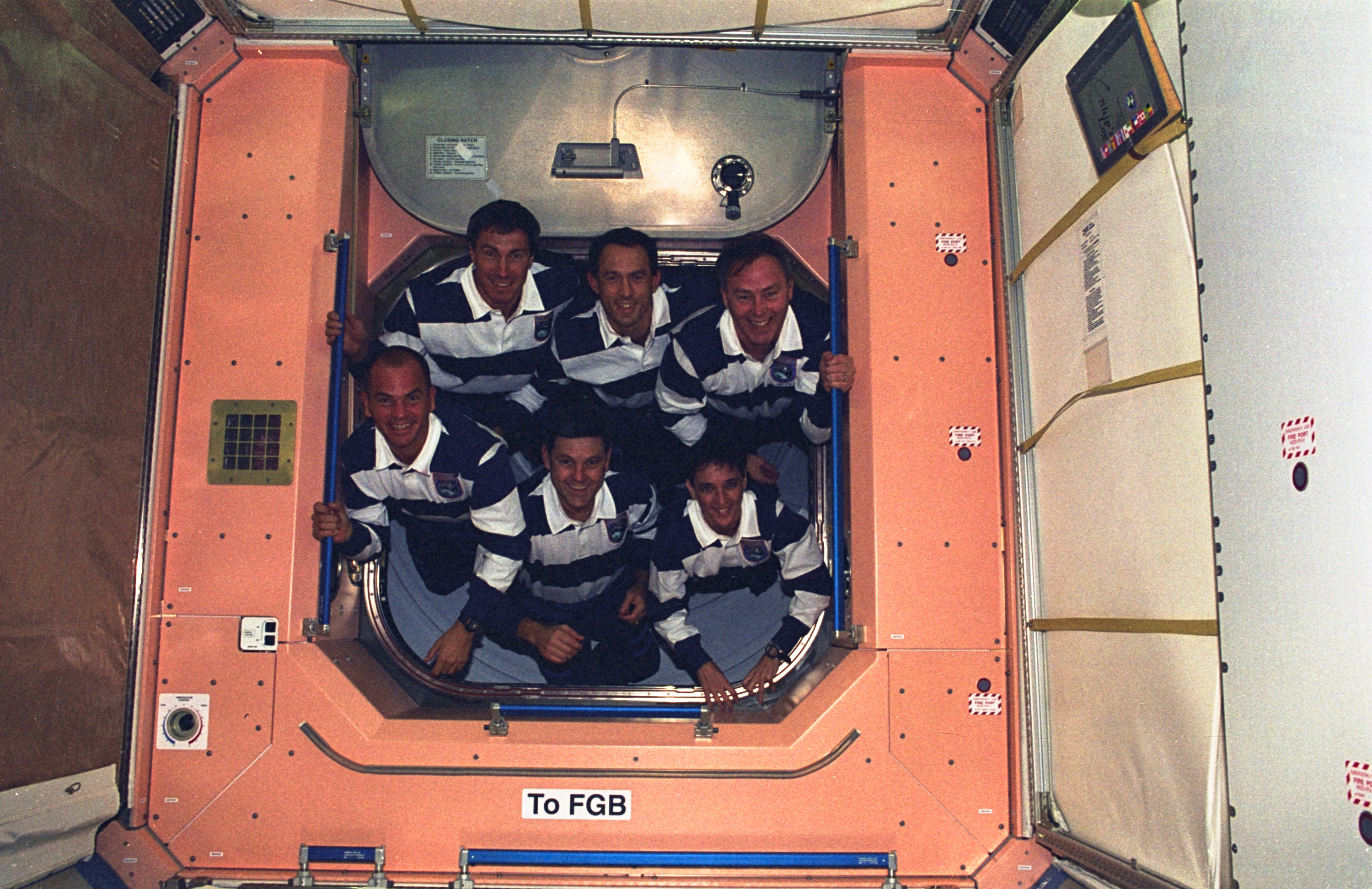 The signs appear on the next mission, STS-96. They have not yet been affixed in this photo. I note that some of the signs are differently colored from the question in the photo (which was taken on STS-110), so they may have been replaced at a later date. A brief review of other missions does not show the signs permanently in place until STS-110, Ellen Ochoa's next mission to the ISS. Perhaps she was the creator of the signs. 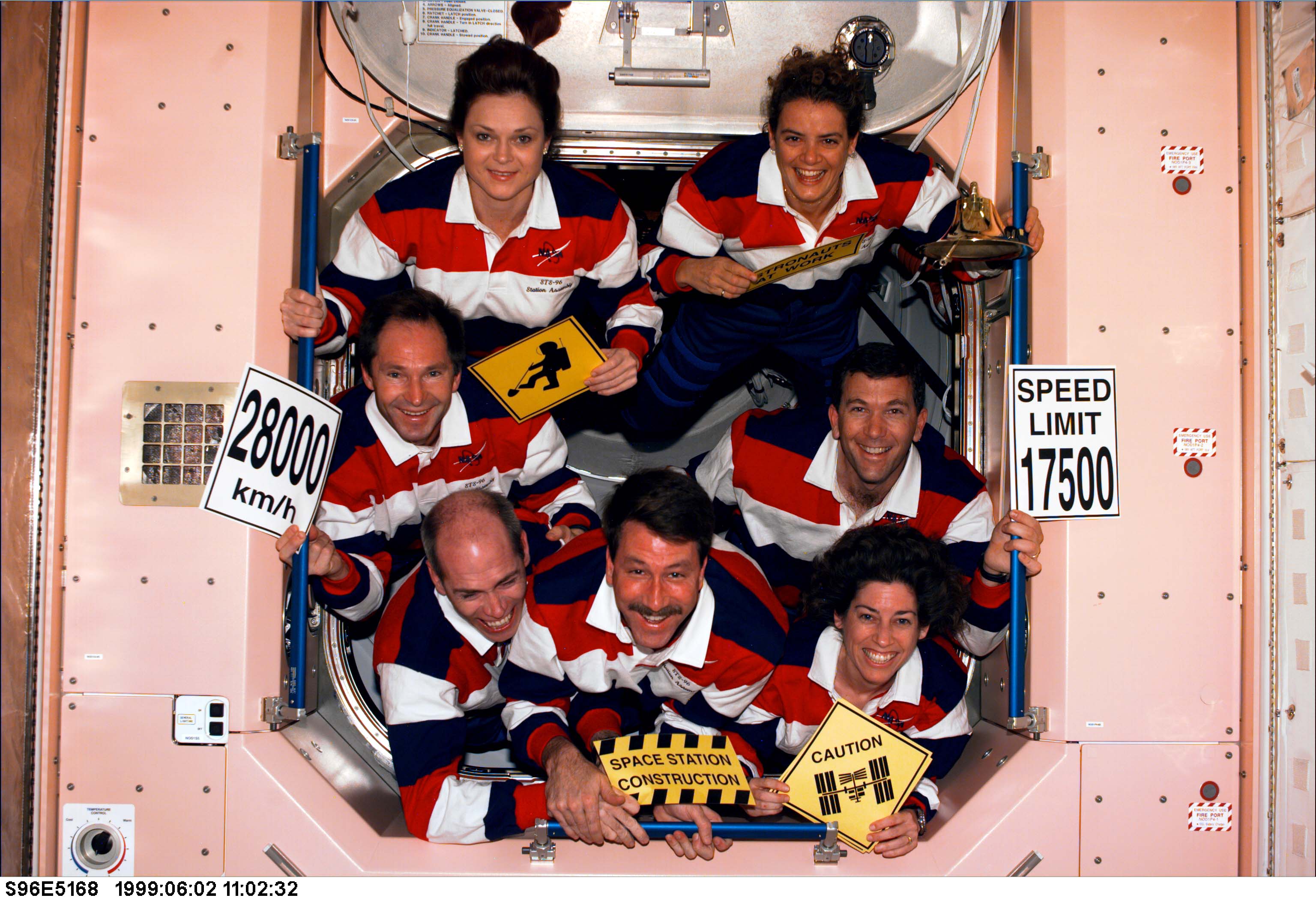 2
What does it take for a craft to perform a flight simulating weightlessness without having to fly a steep parabola/ellipse?
9
Are there really "Dead End" signs on the outside of the International Space Station?
4
At what point of travelling progressively faster around the Earth you are not going to fall back again?
3
Have astronauts seen Starlink trains?
1
Astronauts and Time Dilation

14
When was the last time 9 people were on the ISS?
6
When was the second production run of the Saturn V cancelled?
5
What part of the Earth was visible to Apollo 8 when the Christmas message was broadcast in 1968?
5
When was the first strap-on booster used in spaceflight?
8
Where in orbit was Michael Collins when the LM landed?
7
Why was the shuttle landing crosswind limit reduced for longer missions
9
Are there really "Dead End" signs on the outside of the International Space Station?
9
When was liquid methane used for the first time in rocket engines?
2
When was liquid hydrogen used for the first time in rocket engines?