How did the X-15 control attitude above the Kármán line?

In the early 1960´s, the U.S. X-15 Aircraft was flown up to 108 km. In that part of the flight it was really a free falling rocket, with no aerodynamic control possible. In fact, it was considered an astronautical flight, and the pilot got, as a consequence, his "astronautical wings", i.e. the recognition of being an astronaut.

A reading of this paragraph suggests that at or near this altitude, the X-15 had no attitude control available from aerodynamic surfaces nor propulsion (ergo the use of the expression "free-falling"). Was there in fact vector-able thrust available, or was it really just a hopefully-not-tumbling-very-much spacecraft near its periapsis? Or reaction wheels, or something else?

The X-15 had a reaction control system for all three axes using thrusters with hydrogen-peroxide monopropellant. There was an automatic as well as a manual mode. The manual mode used a single three-axis control joystick.

There were two completely independent systems. Each system used six RCS thrusters, two for each axis for both rotation directions. See this NASA paper. The image is from page 23. 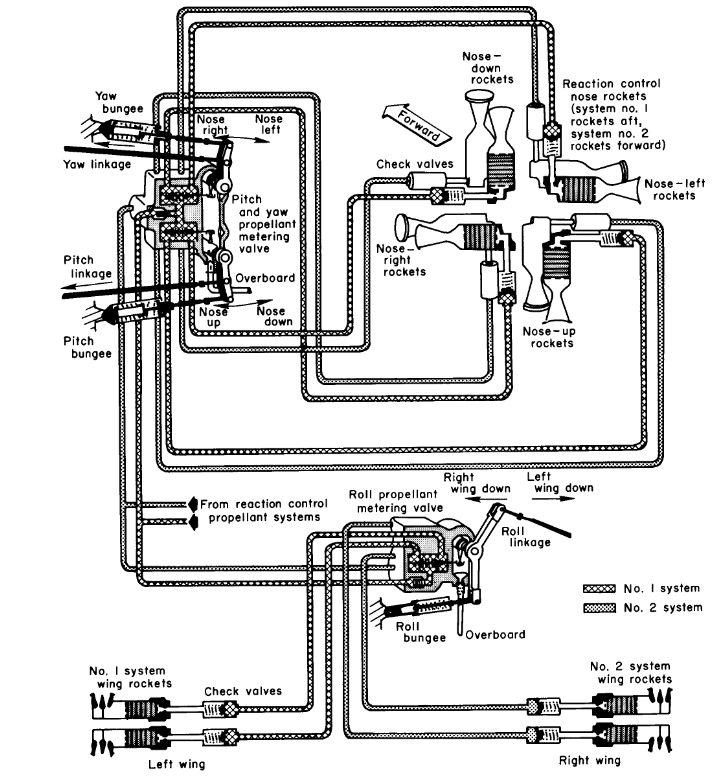 There were problems with the corrosive nature of the 90 % concentrated H2O2. The only suitable materials for the tank bladder were teflon or a fluorosilicone rubber. The original RCS was constructed entirely of aluminium. After corrosion problems some parts were made of stainless steel. But then the use of two different metals resulted in electrolytic corrosion by the hydrogen peroxide. Eventually the entire system was made of stainless steel to eliminate the corrosion problem.

It was operated via a joystick. 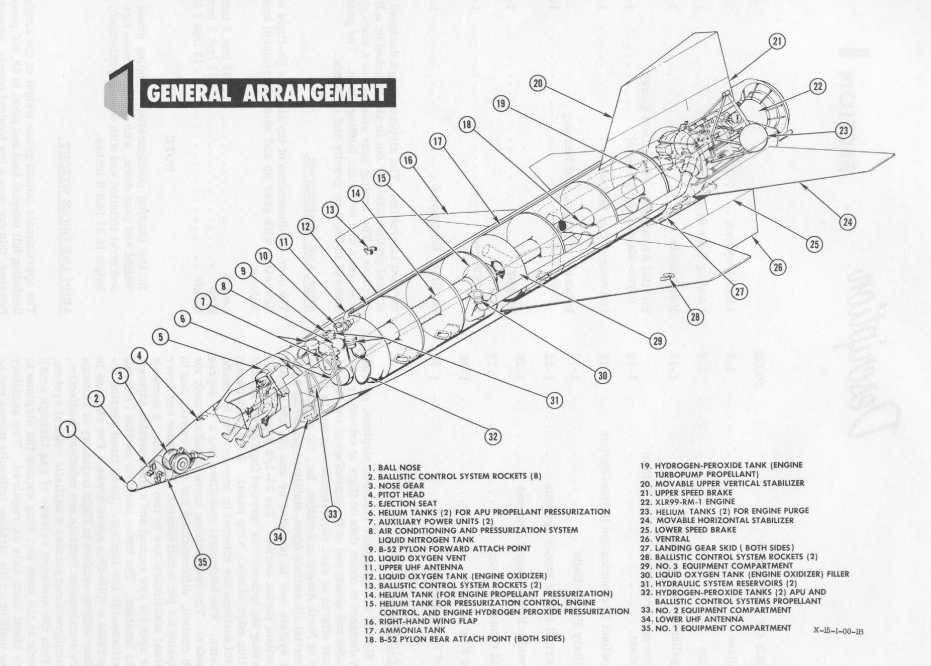 Detail of two of the thrusters: 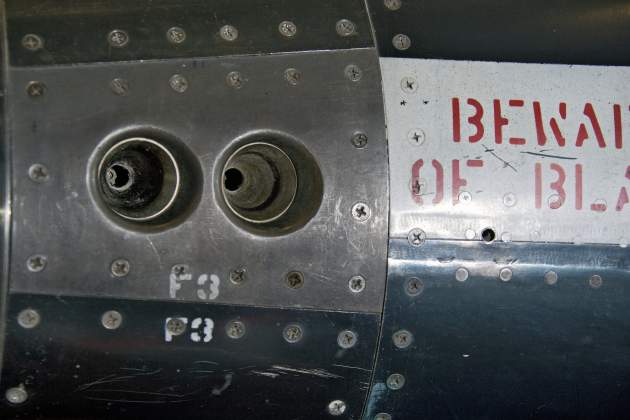 40
Which object has been to space the most times?
12
Did/does the US use statute or nautical miles to decide who gets astronaut wings?
2
What does it take for a craft to perform a flight simulating weightlessness without having to fly a steep parabola/ellipse?
19
Does the Soyuz spacecraft use chemically stabilized hydrogen peroxide (H₂O₂) to remain ISS-dockable for 200+ days?
12
What would a "Kármán plane" look like, a bird, or a plane?
2
Is aerodynamic control in an exosphere possible, in case velocity is high enough?
2
During their climb, when did/do the SpaceShipOne and Two pilots lose all or most of aerodynamic control over the spaceplane?
3
Does NASA consider Joseph Walker to be an astronaut?

8
Did the Soviet Union put an unmanned satellite in "very low orbit"above the Kármán line which used aerodynamic attitude control?
2
At what conference did the "von Kármán line" arise, and was discussed for the first time?
2
Temperature and Pressure Gradient across Kármán line
1
What are the minimum and maximum calculated, published altitudes of the Kármán line?