BFS (SpaceX's Big Falcon Spaceship) is in development and has seen between 2016 and 2018 three major design modifications. 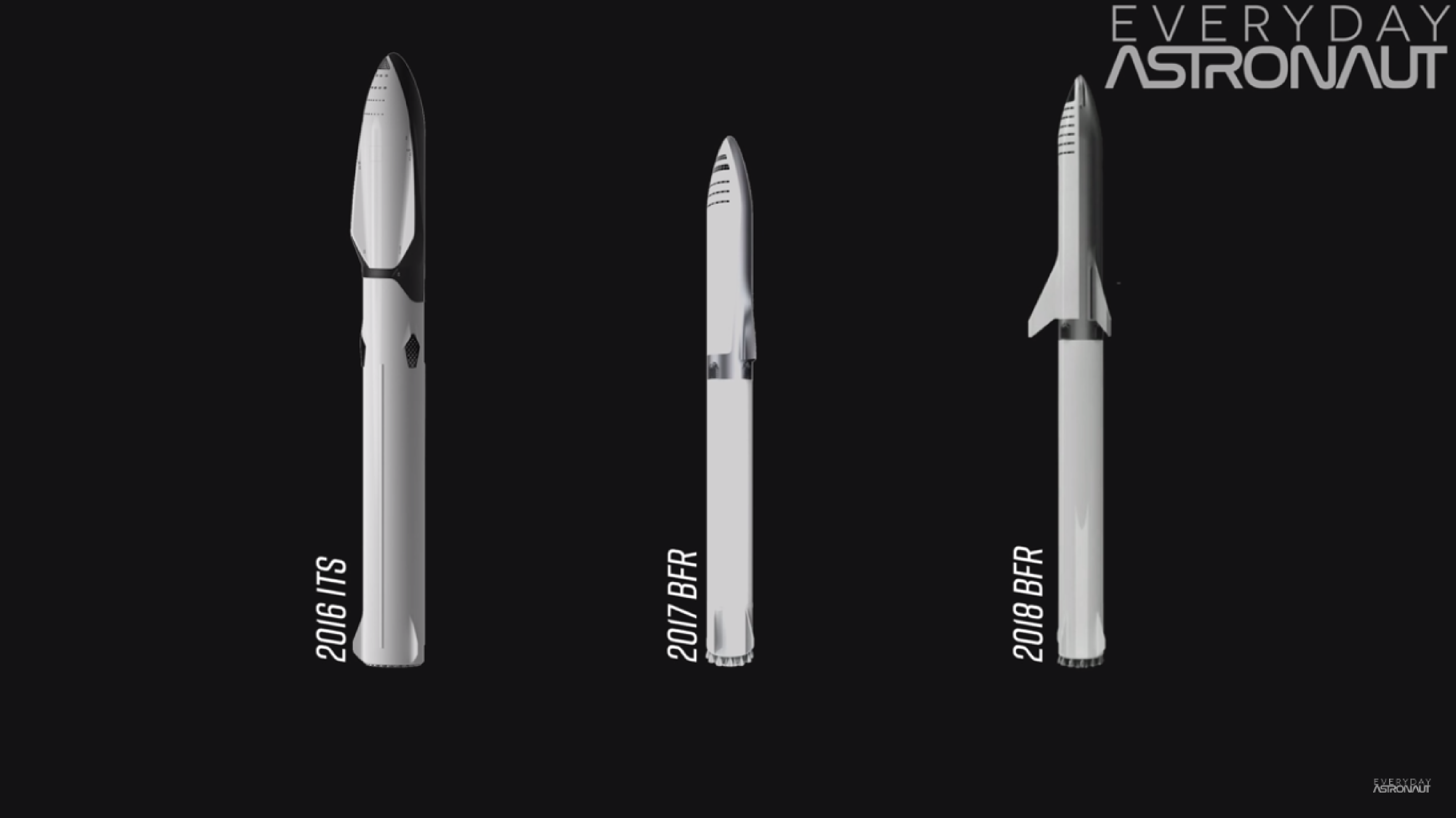 January 2018 I asked here how BFS planned to manoever during aerobraking.

Latest SpaceX presentation answered this question with this simulation:

Movable control surfaces have been added, canard and fins, which will steer the vehicule during aerobraking, in roughly the same way one skydiver can change its attitude by moving its limbs, providing differential drag around center of gravity. And this looks like a great idea.

Anyway it feels like (unavoidable opinion-biased statement when considering something which doesn't even exist except in simulations) this design could provide one complicated heat shielding of the whole ship (mostly on hinges) and complicated double purpose of aft fins also acting as main landing legs.

Question is: How viable would it be to have (see animation below) one monolithic heat shield protecting hinges, limited amount of movable control surfaces (2 instead of 4) and conventional landing legs (retracted in animation below)

Note that there's one complexity increase in designing rotatable and slidable surfaces, and that those control surfaces could be lighter since they don't need to whistand the weight of the whole ship on the ground)

Also note that yaw control may be assimilated to paper helicopters.

Partial answer, focusing on the landing legs only:

The SpaceX solution where the fins contain the landing leg mechanism has two advantages over your solution:

The drawback is a heavy structure for the fins.

In some earlier versions of the BFR, the landing legs were integrated in the base (as in your solution): 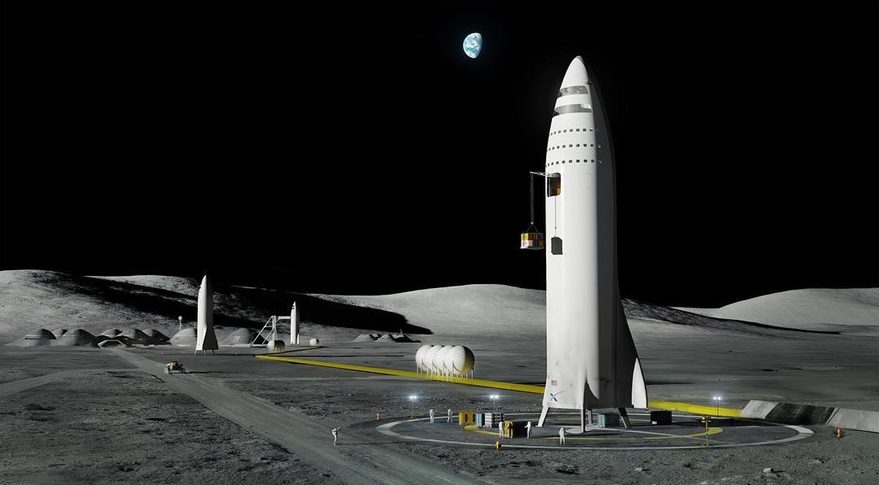 The current evolution (2018) has the landing legs at the tips of the fins, and they're much farther apart than in the previous image: 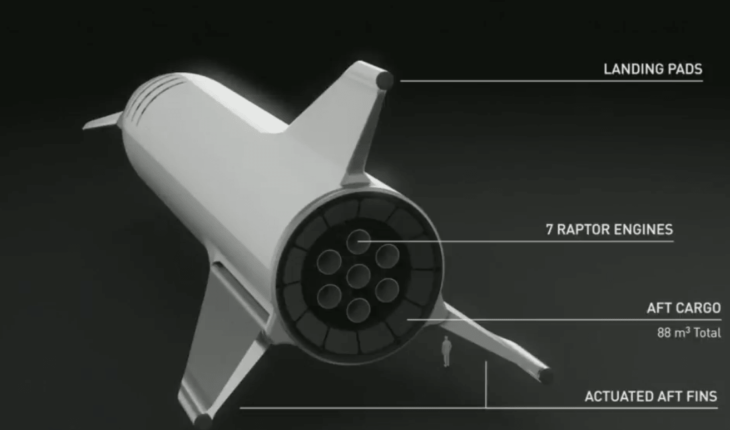 so SpaceX had the opportunity to evaluate both choices. The fact they moved the landing legs into the fins tells me that this is the better solution.

This question is opinion-based and answers have to be speculative, but I hope this remains open since it is great fun :-)

Concerning the heat shield, I don't see any concern with the current BFS design compared to your proposal. The main part of the fuselage has to be covered anyway. In the current design, four surfaces with hinges need to be protected, in your design it is two surfaces, two hinges, and two linear bearings.

Not the answer you're looking for? Browse other questions tagged reentry atmospheric-drag aerodynamics spacex-starship entry-descent-landing or ask your own question.

7
How will BFS maneuver during aerobraking?
7
Would this Starship design alternative be viable?

2
During their climb, when did/do the SpaceShipOne and Two pilots lose all or most of aerodynamic control over the spaceplane?