Is ISS ever visible at all on the earth, unaided, by full moon moonlight alone?

Assuming ideal conditions of moonlight and phase angle, is the ISS ever even slightly 'visible' by full moon moonlight alone, that is to say, when the station is not in direct sunlight at all, but only in moonlight from the full moon, perhaps eclipsed by the earth from any direct sunlight?

Although I am researching the amount of light coming off the full moon, compared to direct sunlight, and some other related issues such as phase angle, would I need to have an owl's eyes for even the least hope of seeing the ISS illuminated by moon light alone, well after the normal orbital position required for a pass visible due to directly reflected sunlight?

This short answer interprets "visible" as you can see it with your eye.

Neglecting geometrical effects and unusual reflected "flares" off the flat solar panels, if the ISS illuminated by the Moon were at the limit of visual detectability at magnitude +6, the sunlit ISS would be magnitude -8.

Answers to this Quora question mention that Wikipedia's Apparent magnitude article mentions that Heavens above puts the ISS' maximum apparent brightness at about -6, which is less than a factor of 10 smaller than our simplistic model would require.

The Heavens above creator also has experience with calculating Iridium flares which can max out near -10, and the ISS has way, way bigger (though much less reflective) flat surfaces that make flares possible.

Answer: So it's really unlikely this could be done regularly with the unaided eye, though a good sky camera with a substantial aperture could certainly capture the trail if the Moon were not above the horizon in the location of the camera causing sky brightness issues.

From the question What goes into an Iridium Flare prediction model besides the ephemerides? 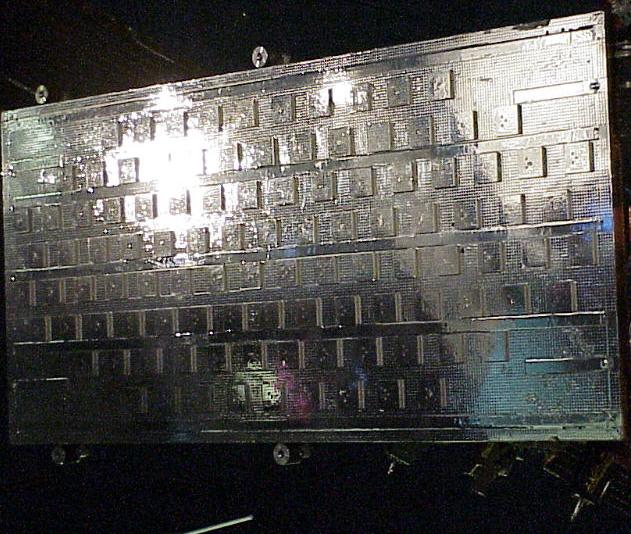 From How are the silicon PV cells constructed in the ISS's solar panels? Are they as flexible as they appear here?

below: "Scott Kelly fixing a cooling pump during a spacewalk." from Gizomodo's Astronaut Scott Kelly on Liquid Salt, a Stinky Station, and Sleeping in Freefall. Image credit: NASA/Kjell Lindgren 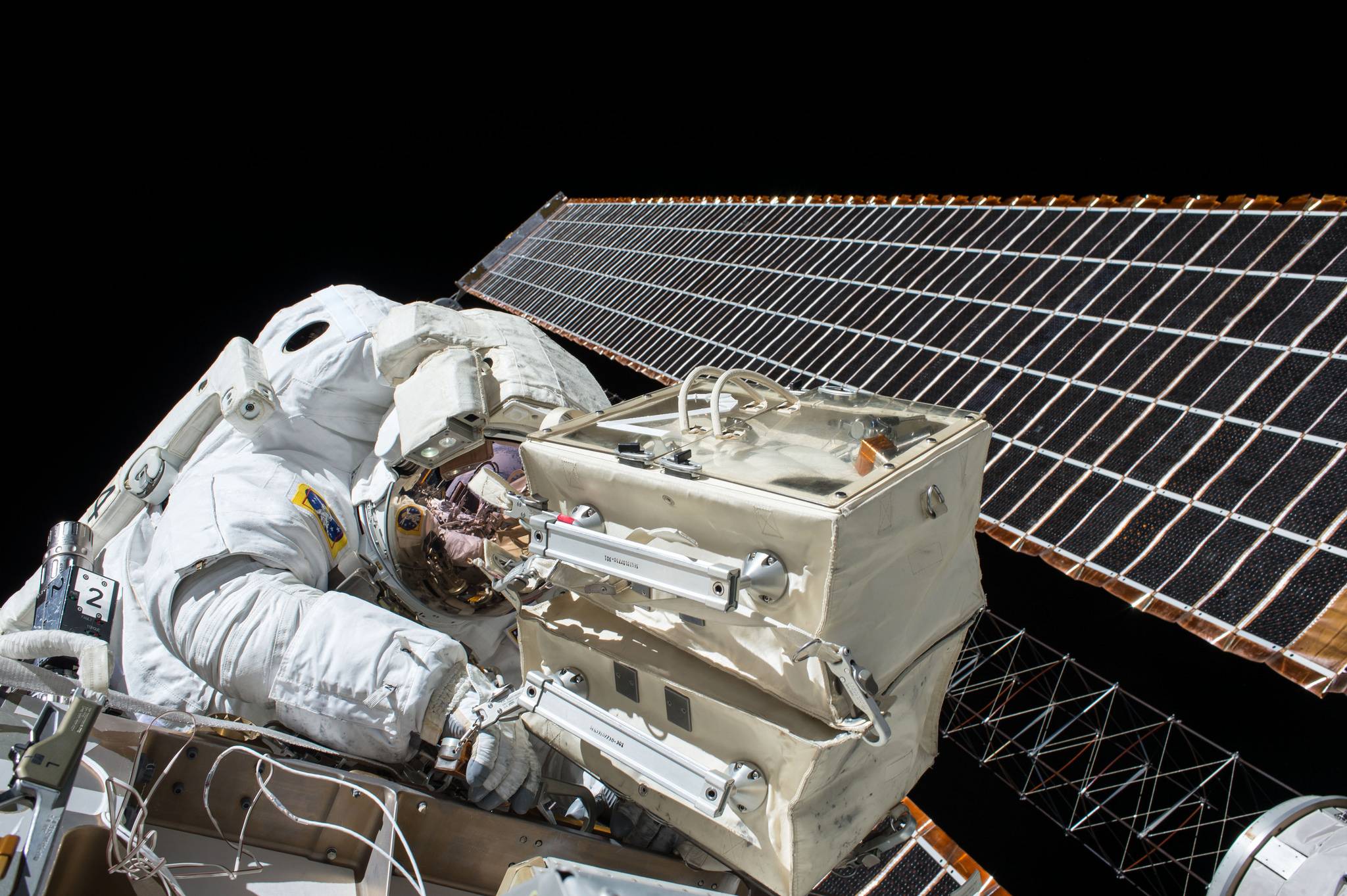 I can't find a public datasheet for the solar cells (if I find one, I'll edit the post), but I can do my best to describe what you're seeing, with the help of this image I found online (rehosted from http://pages.erau.edu/~ericksol/courses/sp300/images/iss_cells.jpg). 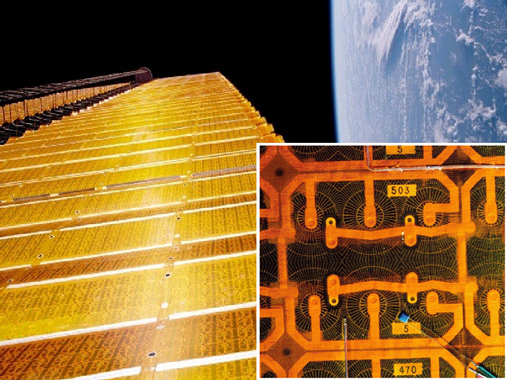 The inset image on the lower right is a closeup of the back side of a single cell as seen through the blanket substrate.

From the question How are the orientations of the ISS' eight independent solar arrays optimized? 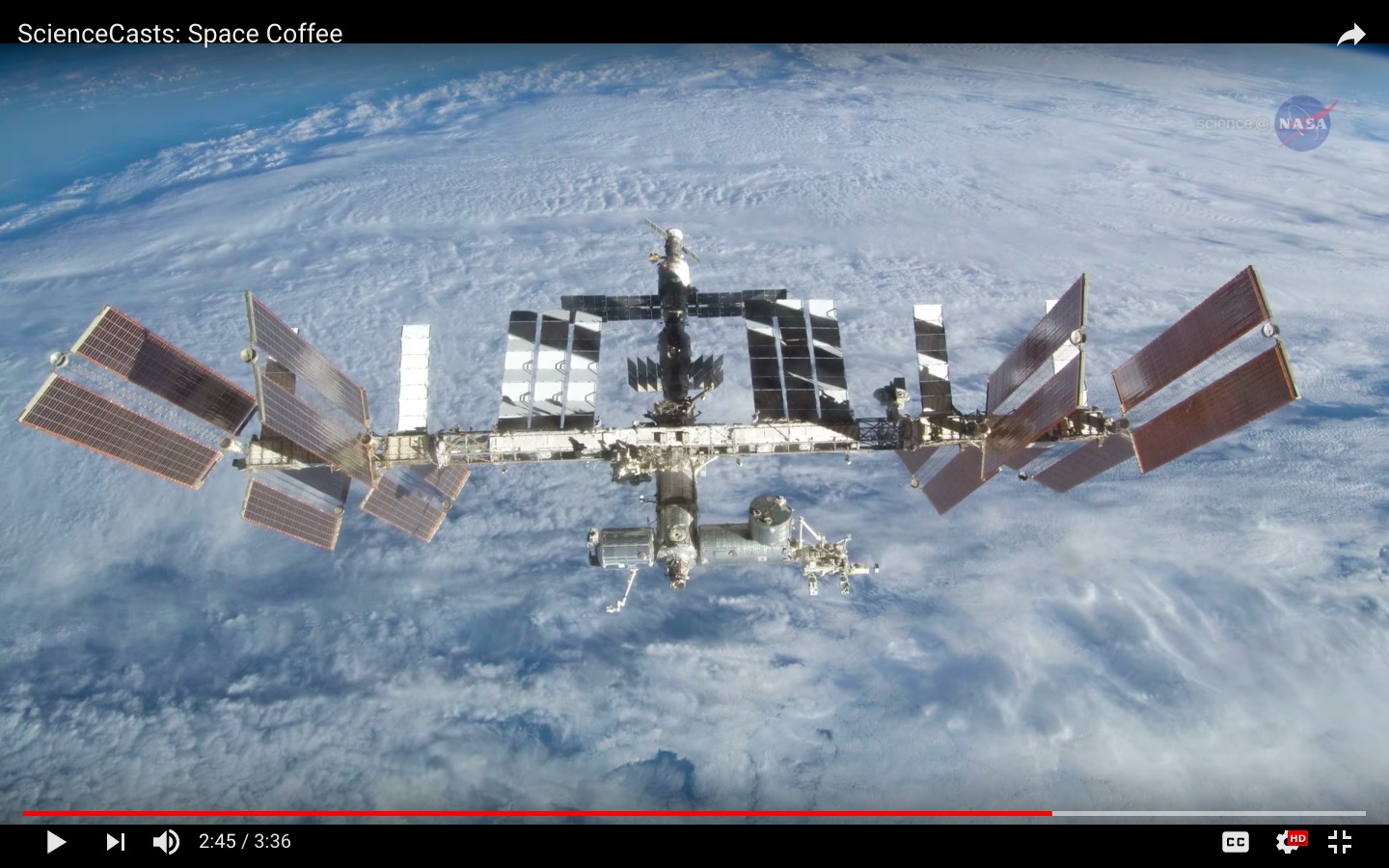 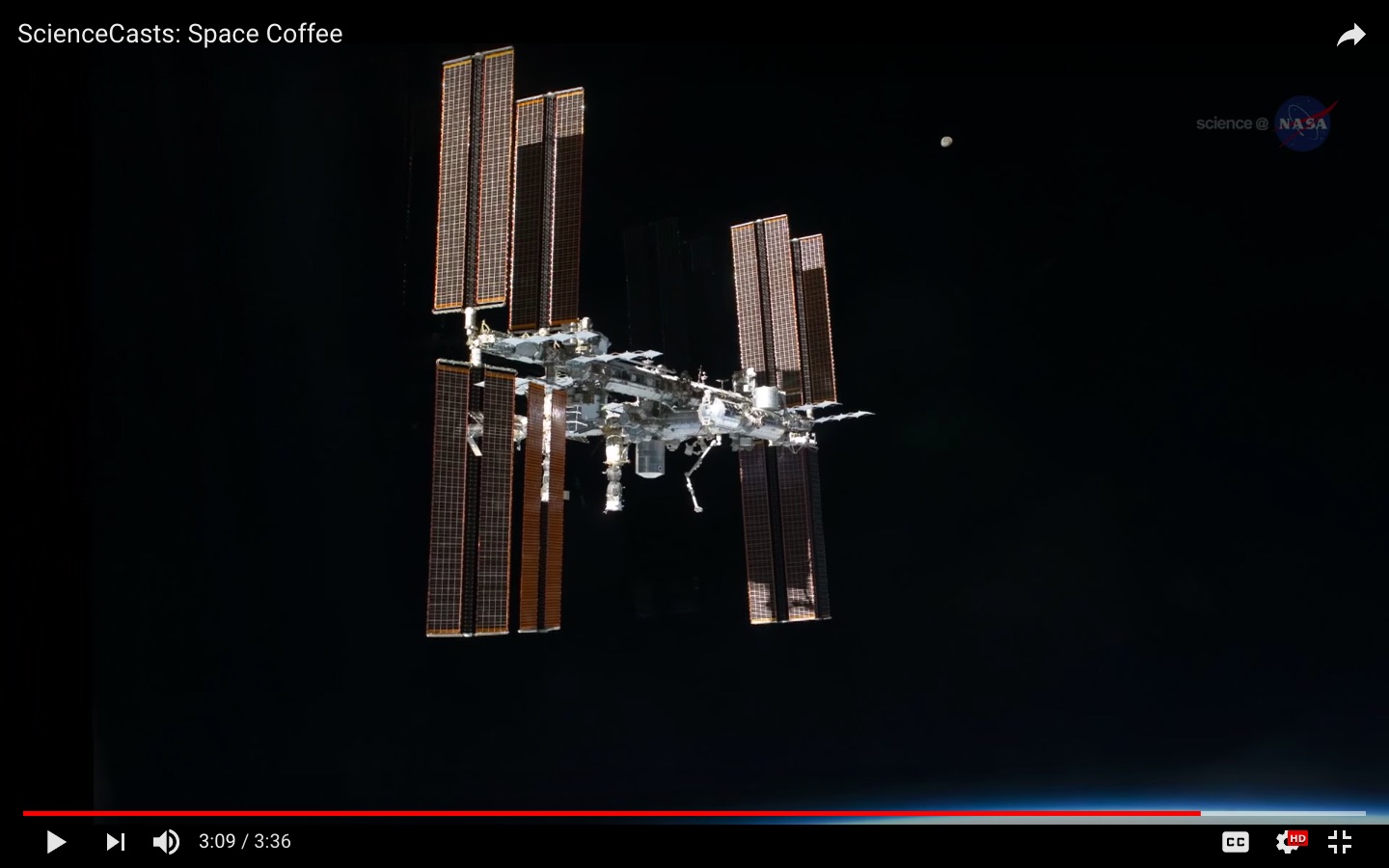 Not the answer you're looking for? Browse other questions tagged iss the-moon or ask your own question.

5
How are the silicon PV cells constructed in the ISS's solar panels? Are they as flexible as they appear here?
9
How are the orientations of the ISS' eight independent solar arrays optimized?
5
What goes into an Iridium Flare prediction model besides the ephemerides?

16
Can you make out the shape of the ISS with the unaided eye as it passes overhead?
8
Might thermal mass, reflective insulation, and limiting light penetration allow heat control on the Moon? (reboot)
11
Could the ISS pressurized elements withstand a full depressurization?
4
Why are low earth orbit satellites not visible from the same place all the time?
4
Where to find the full reflectance map of the Moon?