Optimal transfer between to identical orbits with different RAAN

Two orbits are given with the identical orbital elements, despite the RAAN, which differs by 90 degrees. The inclination is 80 deg, AOP is 310 deg, apogee is on 10000km, perigee on 1000km altitude.

The transfer should be done within a few days. The launcher will place 2 satellites on these orbits, the true anomalies of the satellites will differ by 180 degrees.

What is the optimal transfer trajectory to minimize the fuel consumption? How to calculate the $\Delta V$? Impulsive maneuvers are assumed.

AoP is the angle from the ascending node to the periapsis.

RAAN is the angle from the reference direction to the ascending node.

I'm going to solve the Lambert problem (boundary value problem), considering 2 impulses. Is this a good idea, or there is a better way?

That's a very expensive scenario in general, and especially with your constraint of 'a few days'. And in your case it's best performed using three burns - the maneuver of orbital plane change performed near distant apoapsis.

First, let's adjust the parameters - since the perigee is at 1000km, it means you used altitudes, not radii (or your satellite would fly underground), so let's adjust that by average Earth radius (6371km).

Geometric proof that 2a = Ap+Pe (accounting for planet radii): 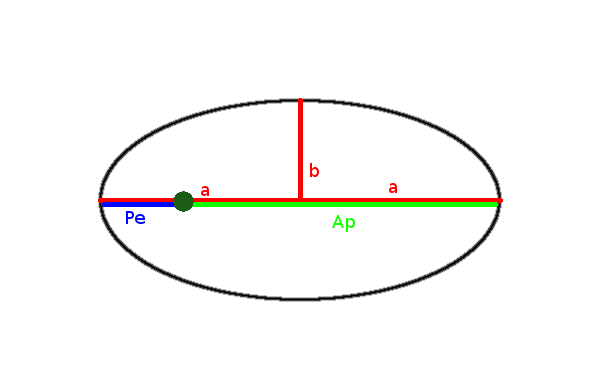 Let's have a look at what our orbits should look like: 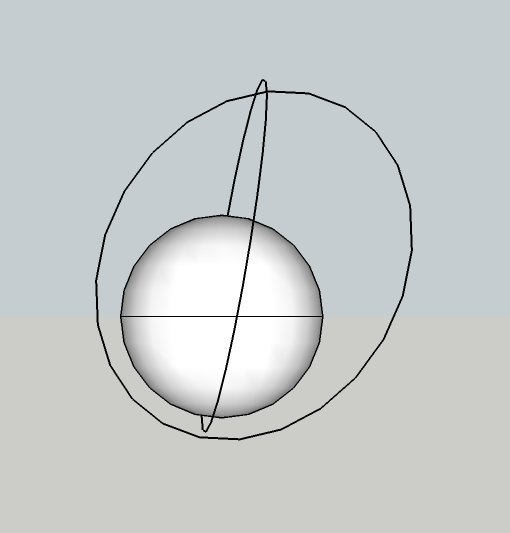 The direct orbit change there would be a 90 degrees turn, that's original speed times $\sqrt{2}$

geometric proof: diagonal of a square: 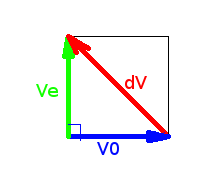 The moon flyby scenario is right out due to timing constraints and inclinations that aim nowhere towards the moon.

1000x10000 is not a great eccentricity but let's see what we can work out with degrading the (actually optimal) scenario of 'plane change at infinity' to fit our timing constraints. I'll assume the 'few' days to be 10.

The actual orbit may be a little higher or lower to make the arrival provide the correct true anomaly - make the period be the nearest (n+0.5) times the period of the satellite, instead of 10 days sharp. The change in delta-V will be quite small.

In reality, this will be done through two separate launches, because it will be cheaper than using a launcher that can bring up a transfer stage of over 3.5km/s and three reignitions besides the satellites. 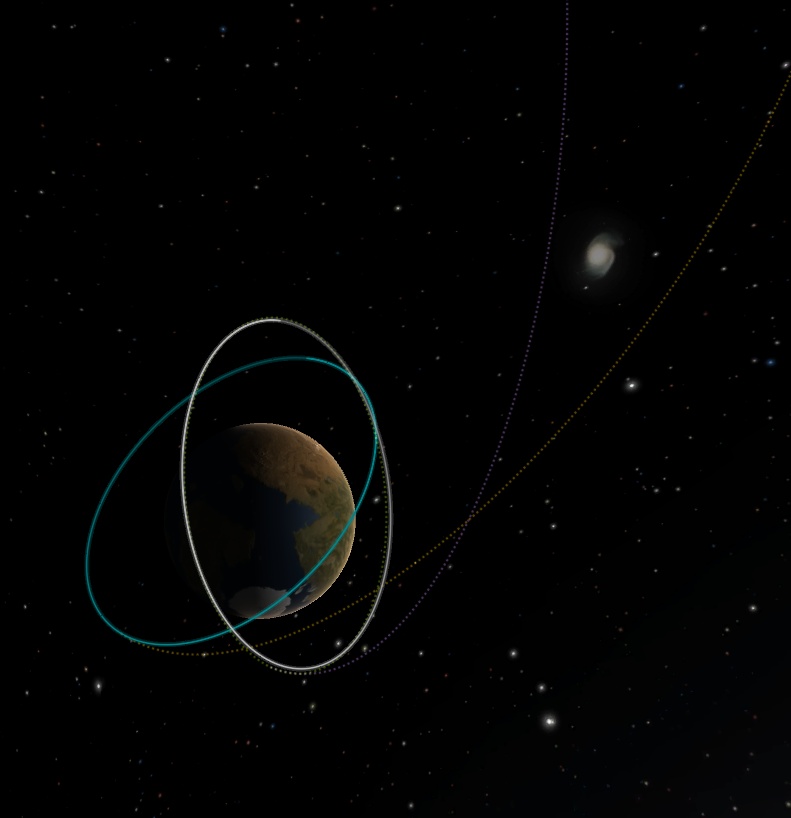 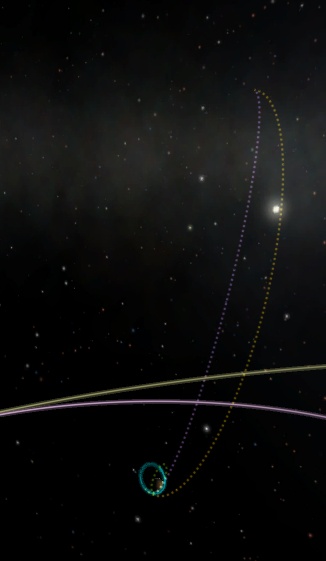