What ever happened to the Asteroid Redirect Mission?

In Robert Zubrin's Moon Direct; A purpose-driven plan to open the lunar frontier (found in the Pod Bay) there is a paragraph that says:

Essentially, the gateway is a vestigial form of the Obama administration’s defunct and discredited Asteroid Redirect Mission (ARM). As NASA describes it, ARM’s aim was “to develop a robotic spacecraft to visit a large near-Earth asteroid, collect a multi-ton boulder from its surface and redirect the boulder into orbit around the moon, where astronauts would have explored it and returned to Earth with samples.” The Lunar Orbital Platform-Gateway is the ARM except with a space station instead of an asteroid, all to come up with something for astronauts to do in lunar orbit.

I don't really know what ever happened with this mission. It was a thing for a while, then it wasn't. So I'd just like to ask

Question: What ever happened to the Asteroid Redirect Mission?

Warning: There is no way to decouple politics from this; I have tried to be objective.

What ended as the ARM (Asteroid Redirect Mission) officially began in a speech by then-President Obama in April 2010 at Kennedy Space Center. This was the speech in which President Obama discussed the cancellation of the Constellation lunar landing program:

"But I just have to say pretty bluntly here. We’ve been there before."

The Obama administration's February 2010 budget request had already proposed the project cancellation, so this was not an announcement of that. In fact, that budget had proposed cancelling the Orion spacecraft as well. However, in this speech President Obama made an announcement about a crewed mission to an asteroid by 2025 which would use Orion. Please note the exact wording - that is important.

“And by 2025 we expect new spacecraft designed for long journeys to allow us to begin the first ever crewed missions beyond the Moon into deep space. So we’ll start by sending astronauts to an asteroid for the first time in history.”

In June 2011 NASA was still trying to plan the mission. The thought was to send a crew to a near-Earth asteroid but no destination had been chosen. 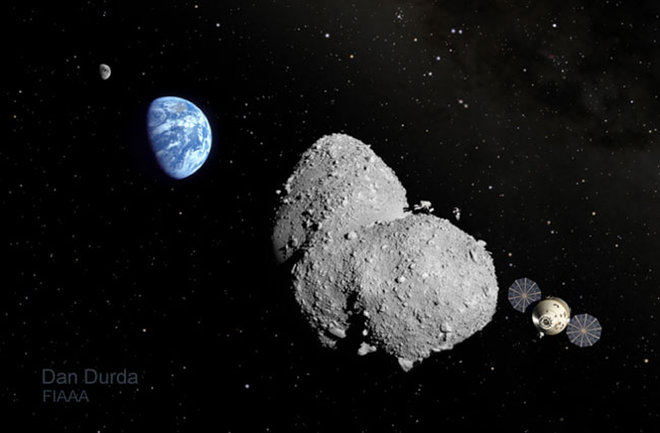 In 2013 and March 2014 President Obama's NASA Administrator Bolden was talking in terms of capturing a small asteroid whole and returning it to an orbit near Earth. (To meet the "sending astronauts to an asteroid" goal literally) 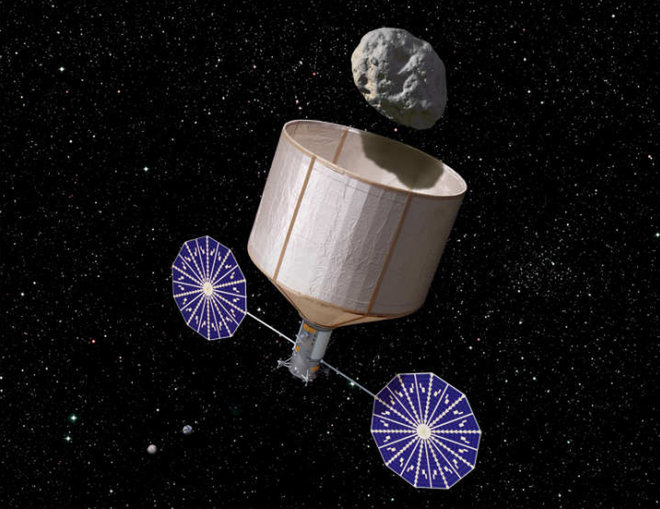 By May 2015 both ideas of sending a crew to a deep-space destination or moving an asteroid to a Earth orbit had been abandoned in favor of what was really a sample return mission (although that term was never officially used). This would involve a robotic spacecraft which obtained a sample from an asteroid and returned it to an orbit near Earth, from which a crew would retrieve it.

By June 2017 the project was cancelled by the Trump administration.

To sum up, a sad history of descoping followed by cancellation.

Not the answer you're looking for? Browse other questions tagged nasa history asteroid-redirect-mission lunar-gateway or ask your own question.

19
How far have astronauts been in space?
4
Demonstrative examples of NASA "programs that go too long, that cost too much... end up getting cast out later"?
2
Why is the Orion spacecraft so big?
5
How much does the tidal effect affect satellites in a retrograde orbit?
3
Did specific changes to DSCOVR's mission or design produce the change from "may not represent the best expenditure " to "strong and vital"?
1
Delta-v penalty for stopping in a distant Earth orbit versus using atmospheric reentry for braking and returning to Earth from Mars?
2
Are there any crewed missions planned or designed for high orbit/cislunar space?

4
Could an ARM Option B type of mission be used to deflect a hazardous asteroid?
4
Could "Asteroid Redirect" make the moon more dangerous for astronauts for a long time?
10
What ever happened with that pressure suit design based on elastic tension in contact with skin?
5
Where is Lucy going? (asteroid mission)
5
space piracy, has it ever happened?