What is the sensor used for Soyuz booster separation?

Roscosmos released their findings of the aborted Soyuz-to-ISS launch, blaming it on a separation sensor that had a deformed pin.

What is this sensor? It sounds like an electrical plunger switch, but I don't know, everything I've read just says "defective sensor" or "contact sensor".

Suggestions in the comments are correct. The device in question is side booster separation sensor. It can be described as mechanical plunger switch which is installed in the center of the side booster upper ball joint.

The pin (which happenned to be deformed and was declared as the primary reason of the sequence of events that led to the failure of Soyuz-FG launch vehicle during MS-10 mission) is marked 9 in the sketch below (it is installed in the axial direction, not to be confused with two cylindrical parts protruding from the ball joint in radial direction, see close-up photo below). 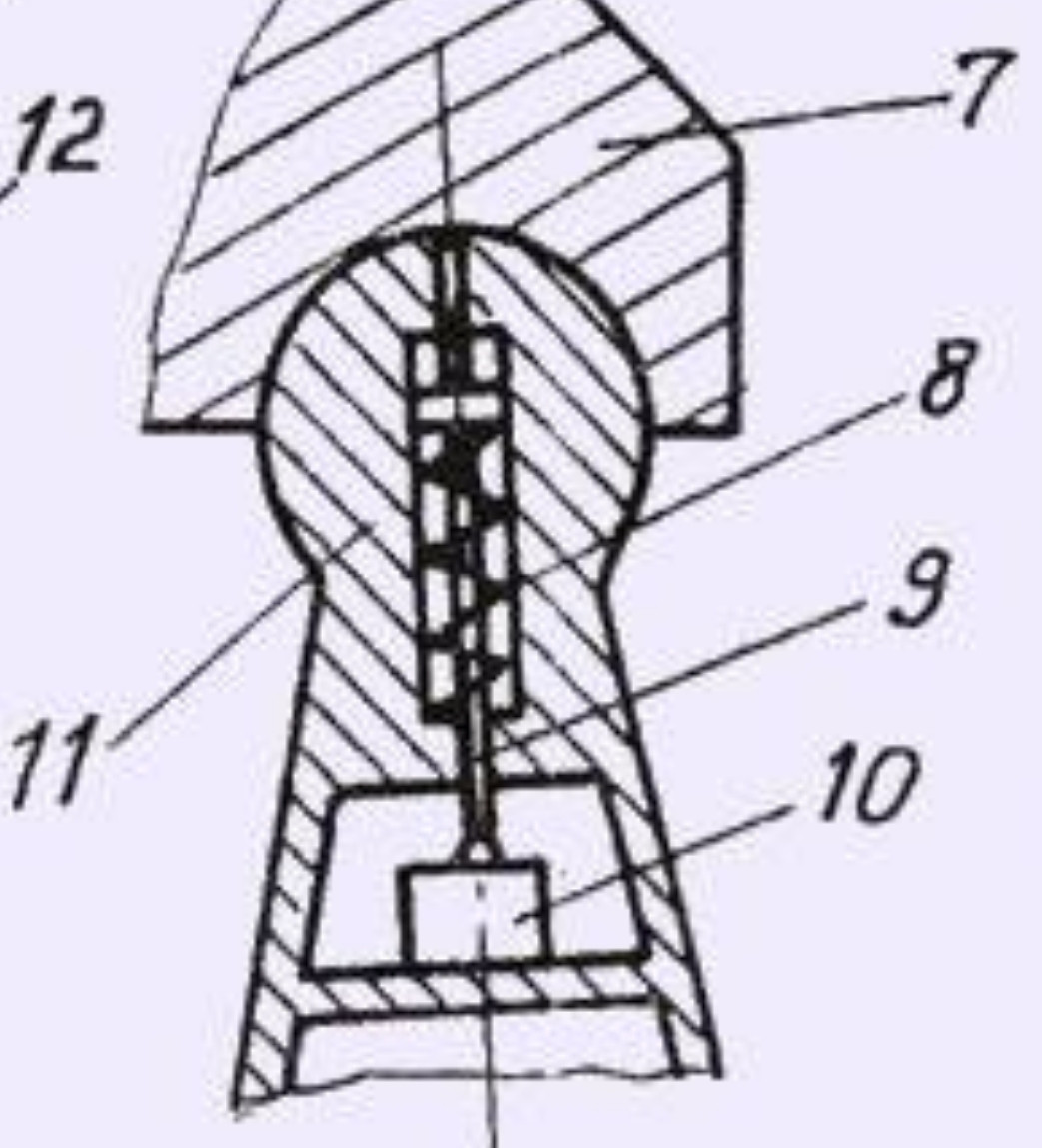 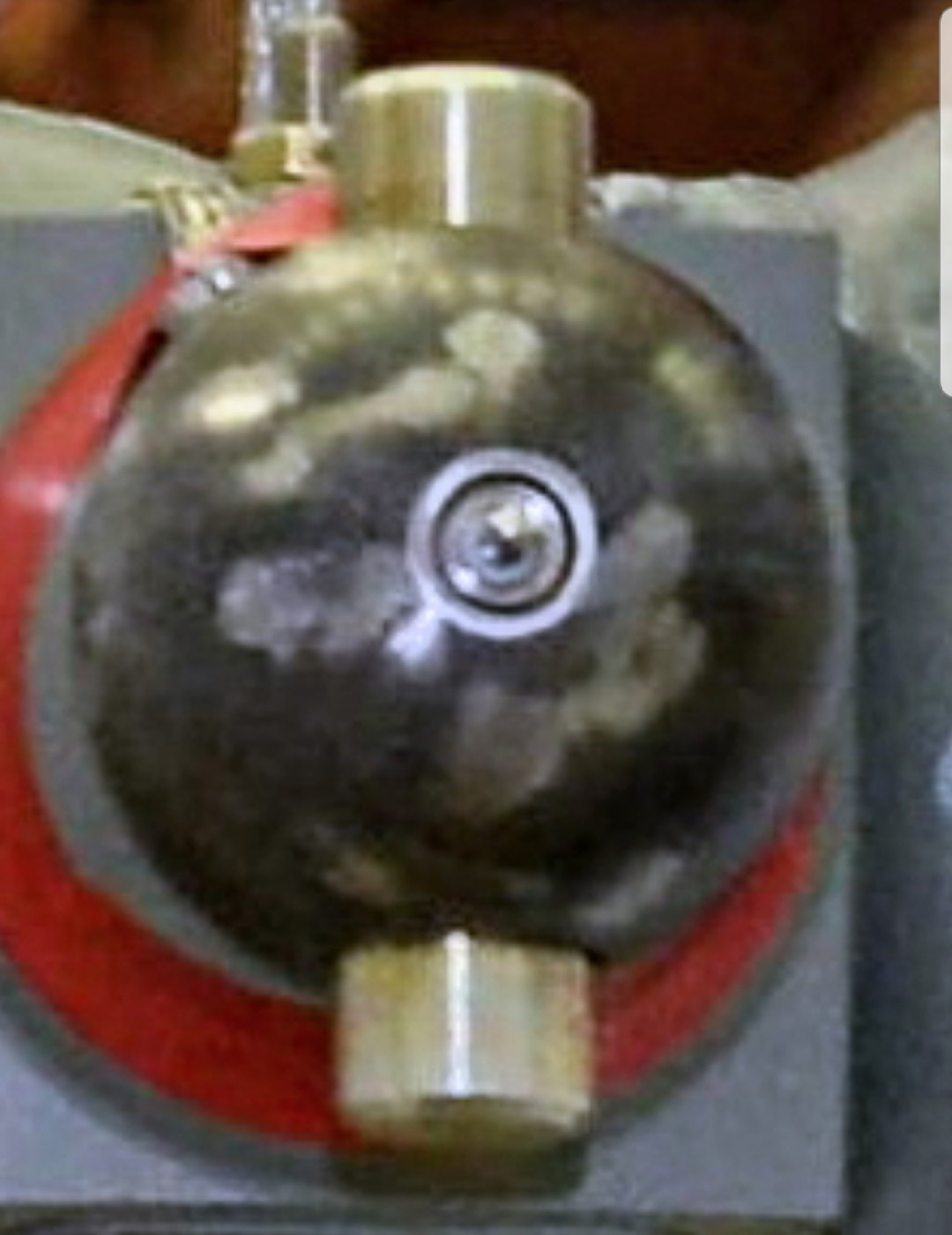 The sources I found don't explicitly say whether the switch opens or closes electrical circuit, they just mention that an electrical type of signal is being triggered

All the pictures and majority of technical information are borrowed from this excellent writeup (in Russian) covering in great detail the side boosters (nicknamed "carrots") attachment and separation processes for R-7 derived family of launch vehicles.

Below (translated from Russian) is the sequence from this source (in Russian) of the side booster separation process, amended by technical details from the article mentioned above.

After the side boosters finished their job, i.e. when the launch vehicle reaches a certain speed (for MS-10 it was around 118 seconds into the flight): 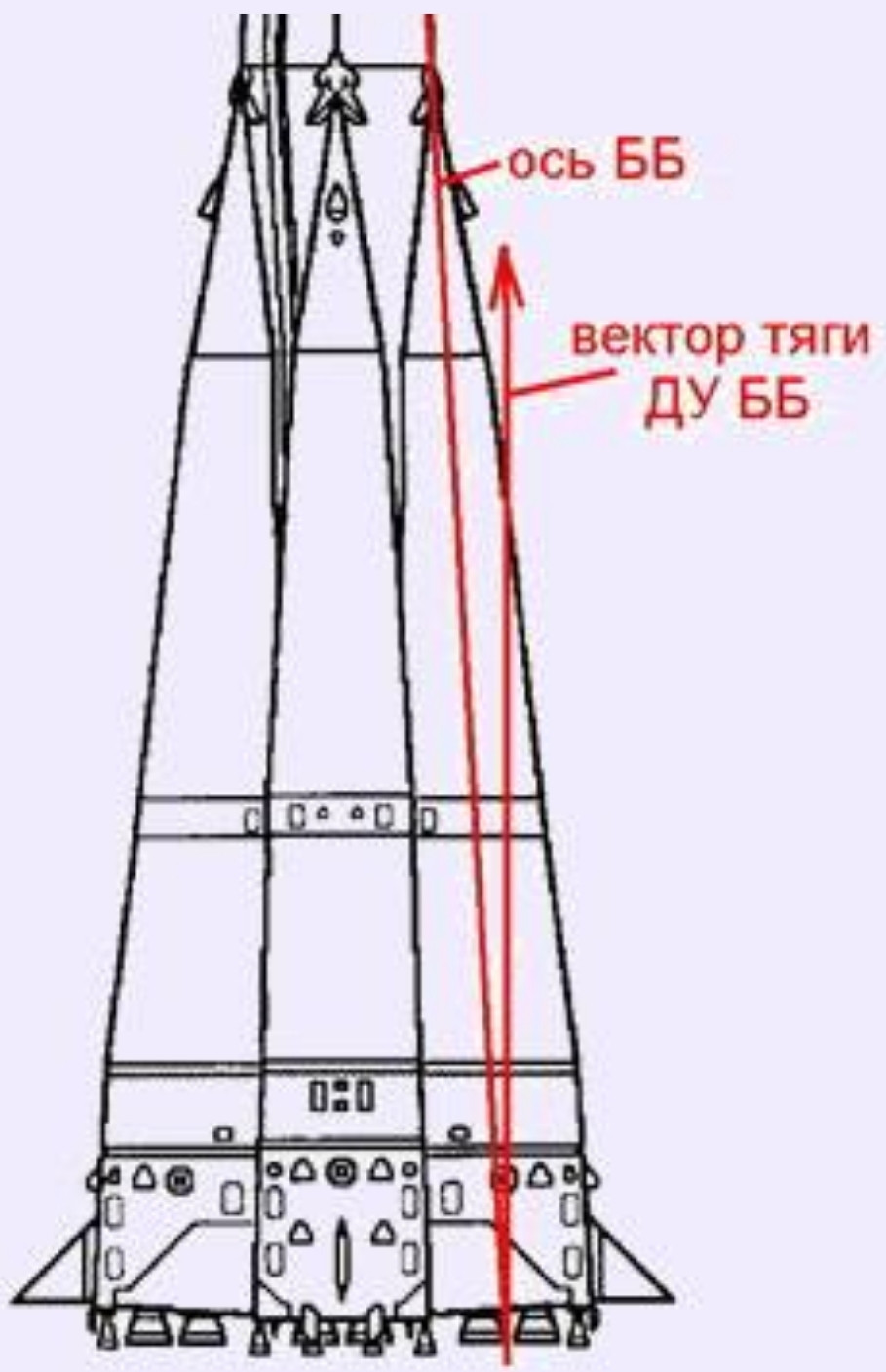 ... the tail of the side boosters move to the side [i.e. in radial direction, away from the central booster, marked a) on the picture below] 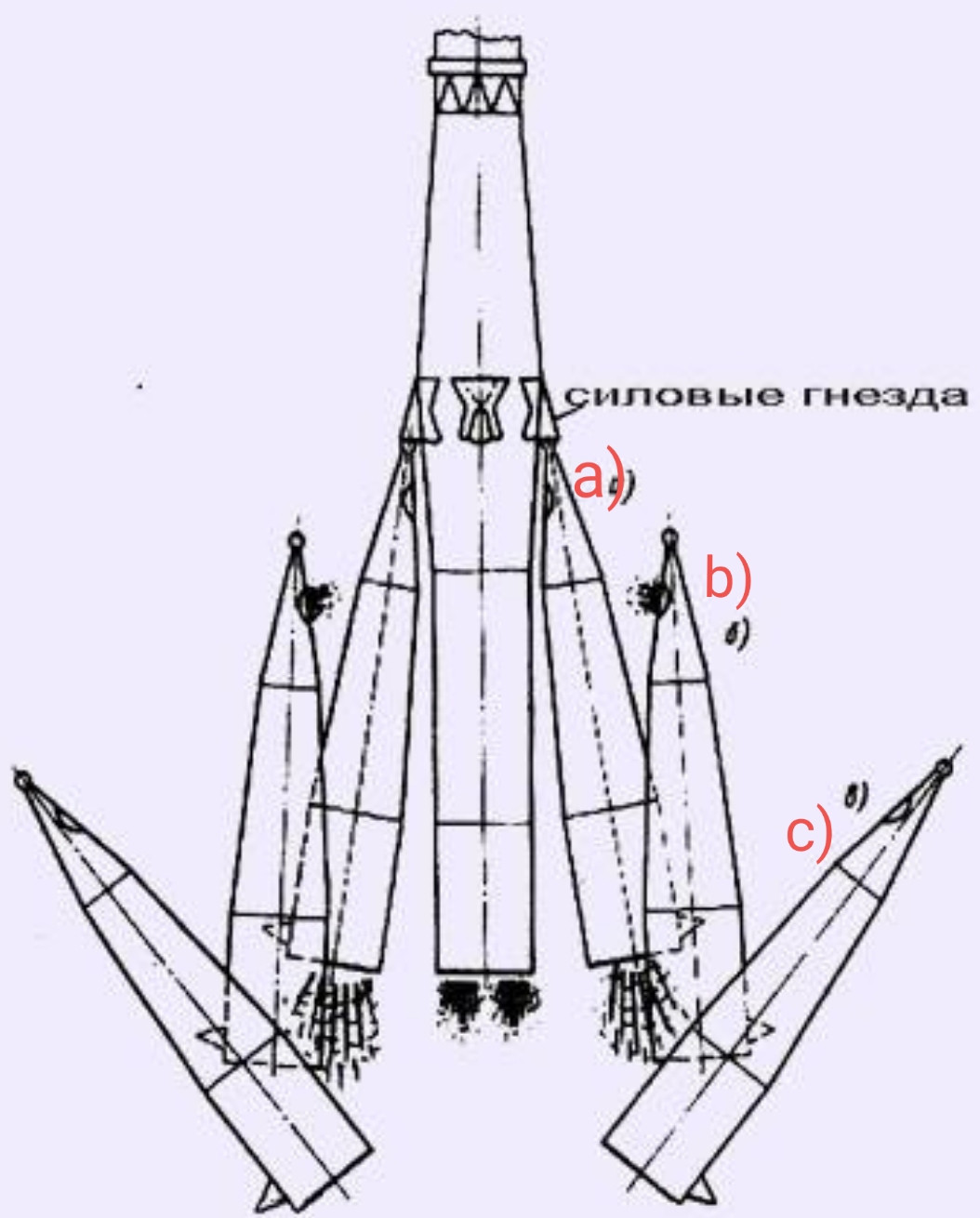 As the central booster keeps going on the full thrust, it effectively pulls the central part upwards relative to the side boosters which are now decelerating due to the drag.

As described at the start of the answer, when the ball moves out of the housing, the rod retracts under the spring load and triggers an electrical switch.

the signal from the switch serves as an input for [opening] the oxidizer tank vent valve.

When the detachment sensor contact is triggered, pyrocharge blows the lock on the vent valve, and the valve is opened by pressure of the oxidizer tank pressurization gas.

So the above sequence should result in what's shown in this animated gif:

In case of the MS-10 flight, the bent pin (the figure of 6°45' was reported) in one of the side boosters (during step 5 of this sequence) got stuck in its bore and failed to retract, so the contact wasn't triggered, hence the command to open oxidiser tank vent valve never happened and the top part of the side booster instead of torquing away from the central booster kept going down, performed collision with the central booster and damaged it:

According to Sergei Krikalyov of Roscosmos, the primary cause of the failure was a collision that occurred during the separation of the carrier rocket's first and second stages. "A deviation from the standard trajectory occurred and apparently the lower part of the second stage disintegrated" he said.

Not the answer you're looking for? Browse other questions tagged booster soyuz-launcher separation or ask your own question.

28
For a 3 booster rocket, why do they start with igniting the starboard booster, followed by the center and port?
5
Is there a good chart, comparing the various Russian engines proposed for Soyuz (Booster) upgrades?
16
What is different from the R-7 that launched Sputnik, to the Soyuz launcher used for Soyuz/Progress launches?
14
What happens to the Soyuz boosters that land in the Kazakhstan desert?
14
What are these tiny triangular fins on the Soyuz launcher?
10
Is spin-separation of boosters ever used?
9
What are the small red cylinders used for on the bottom of the Soyuz Launch vehicle?
5
When was the first strap-on booster used in spaceflight?
3
What refractory material is used to line booster rockets?