What might the first deep space telescope using the Sun or Jupiter as a gravitational lens be like?

@SteveLinton's nicely written and sourced answer about using strong gravitational lensing by the Sun or even Jupiter as a kind of telescope to resolve the surfaces of exoplanets is really interesting, and the link cited there is indeed quite readable.

For the bare minimum resolution I considered of 1E-10 to make a exo-Jupiter 10 pixels wide at 7 light years, or even the 1E-12 he mentioned to do roughly the same at 1000 light years, what would a telescope like that be like?

Is it a maneuverable JWST that is so far from the Sun that it just scans back and forth building up an image of whatever is behind the Sun (or Jupiter) or a rigid 10x10 array of JWSTs?

Would each telescope just be a light collector for that pixel, or would this be more like a "light field camera" where the angular information from the telescope's focal plane at each telescope position could be used to improve the spatial resolution of the whole thing by "computational de-blurring"?

The reason I ask that is that gravitational lenses are barely "lenses" from the point of view of telescopy. The deflection of a ray by a "normal" or thin lens increases linearly proportional to distance from the axis, whereas for a point gravitational source the deflection is inversely proportional. In order to image an extended source like a planet or star's disk rather than just just collect the light of the Einstein ring from an unresolved star, you have to play games with geometry.

For more on light fields, see the question and great answer to Is a “Light Field” useful in mathematics, or just in marketing?

I'm not interested in just opinions, but instead answers that are built from reasonable, cited sources, or unsourced but derived from solid physics and math principles.

A remote light source passing behind a gravitational lens. There is a large point mass in the center acting as a lens. The aqua circle is how we would see the light source if there was no lens, while the white spots/circle is the light source as seen through the lens. If the light source is collinear with the earth and lens, the image is an "Einstein ring". When the source is off this line we see a double image. As it moves far away, one of the images gets fainter while the other one is almost not affected by the lens any more (thus coinciding with cyan circle). 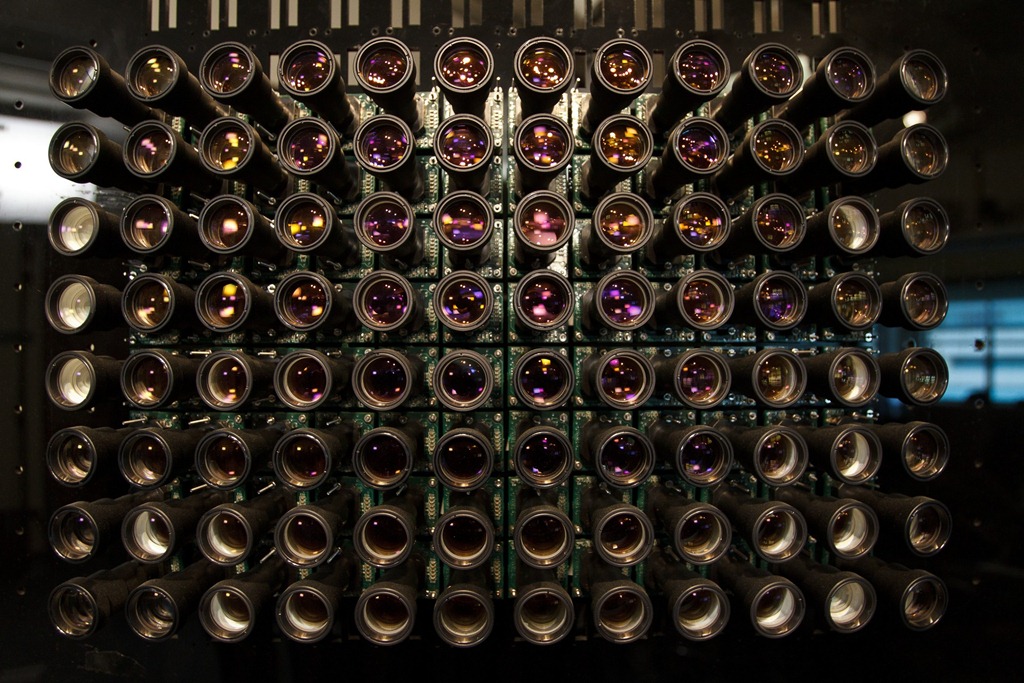 Here are some papers that describe what a gravitational lens telescope would look like.

"Mission to the Gravitational Focus of the Sun: A Critical Analysis" https://arxiv.org/abs/1604.06351

Note that Jupiter is a much more difficult option for a gravitational lens -- the sun's lens starts at 550AU away, while Jupiter's starts at 6100AU.

I will update this answer with more information from the links as I have time later today.

Not the answer you're looking for? Browse other questions tagged space-telescope or ask your own question.

21
Are images of exoplanets' surfaces technically possible?
3
Can Interferometery be Used to Shorten the Solar Gravitational Lens Focal
0
Where is this "clusters of pearls" design for a solar gravitational lensing telescope discussed in detail? Who's developing this?
1
Future plans and advances for improved extrasolar planet imaging; has anything changed since 2019?

18
What's the largest aperture telescope sent beyond the Earth-Moon system?
3
To use a gravitational lens as a telescope, does the hypothetical user have to do so from a given angle?
2
What causes these cross-shaped artifacts in TESS' first images?
0
Why was the Rossi X-ray Timing Explorer decommissioned in 2012? Why wasn't it deployed another ~100 km higher where drag would have been a lot less?
2
What will (likely) be the first separately-orbiting coronagraph to be deployed in space?