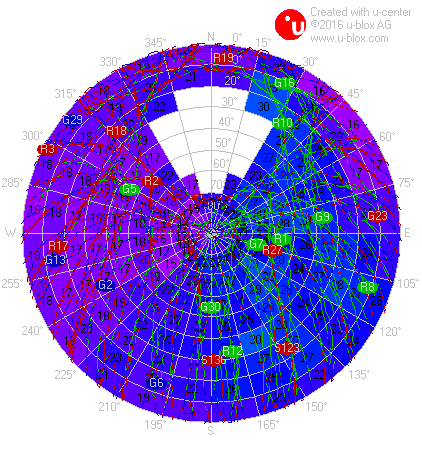 10
Does the "17" really mean anything with respect to GNSS orbits being rational factions of a sidereal day?

11
In LEO, what is the precision of GNSS-based position compared to traditional methods?
20
How far up have satellites used a GNSS for positioning, and how does the precision degrade with altitude?
7
What is the biggest satellite constellation in space right now?
6
What is the magnetic equatorial anomaly and how is GAGAN unique in its ability to compensate?
10
Does the "17" really mean anything with respect to GNSS orbits being rational factions of a sidereal day?
3
Current status of the use of GPS multi-antenna time differentials for satellite attitude determination?
4
Celestrak GLONASS TLE's showing satellite numbers not listed in the GLONASS constellation, others missing
2
Most challenging aspects of a reusable satellite scheme like this?
13
Why is one Starlink satellite not following the adjacent one in this image?
4
How to estimate that receiving GNSS signals Earth while orbiting the Moon will still provide locations to about 200 meters of uncertainty?