Should there be black crosses from the Réseau plate in this Apollo mission photograph? If so, where are they?

This answer to the question How did the Apollo astronauts change film in their cameras? mentions the Réseau plate, source of the beloved black crosses in Apollo photographs.

I saw the question Calculating the Size of Earth in the Apollo 8 Earthrise Photo in Astronomy SE and started to write a comment about those crosses when I noticed that I couldn't find them in the image.

The image can be found here: https://www.nasa.gov/centers/dryden/history/thisweek/GPN-2001-000009.html though I am not sure if this is as close to the original image as possible (there may be a proper archive site).

I don't see the crosses anywhere. I do see a pair of very faint lines that are parallel, one in each corner where the Moon's surface is visible, but they are tilted with respect to the edges of the image. I think these are just parallel scratches perhaps on the print or negative?

Question: Should there be black crosses from the Réseau plate in this Apollo mission photograph? If so, where are they? 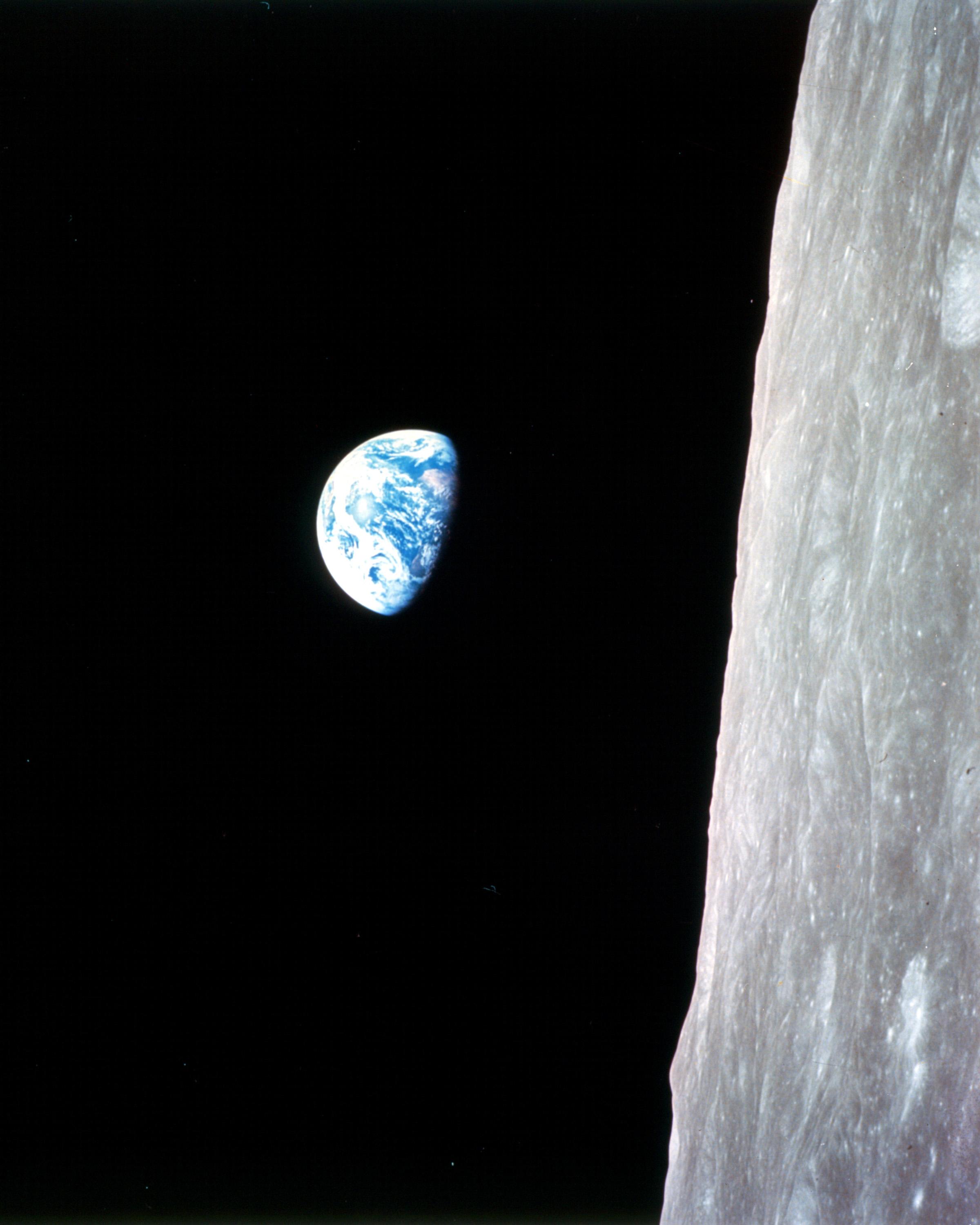 Source click image or go there for full size view.

The Reseau plates were used together with the special designed Biogon lens from Zeiss. The optical calculation of this lens included the 4 mm thick Reseau plate, it should not be used without it. This lens cannot be used in normal Hasselblad cameras with the viewfinder and its mirror. The Biogon was calibrated together with its camera. The Apollo 11 to 17 missions used the Biogon as well as the specially modified data camera with the reseau plate and the silver finish but not the missions before, especially Apollo 8.

This NASA pdf about Apollo 8 lunar photography does not list the 60 mm Biogon lens, a 80 mm and a 250 mm lens were used instead. The cameras were not used with a closed space suit helmet, the standard viewfinder of the camera could and should be used with the 250 mm lens for the planned photographs of lunar landmarks.

The onboard cameras for the Apollo 8 mission were modified Hasselblad 500 EL cameras, with 80-millimeter and 250-millimeter Zeiss panacolor lenses. For certain photographs of the lunar surface, a 60-millimeter lens with a reseau was used. Use of this lens and reseau is apparent in the views that show crosslike fiducial marks.

But during Apoolo 8 only orbital photos of the moon were made, but no surface photos.

During a quick search in the Apollo Image Atlas 70mm Hasselblad Image Catalog Apollo 8 I found no images with cross marks. So we have to inspect a total of 865 exposures made on 7 magazine of film for a cross mark.

47
How did the Apollo astronauts change film in their cameras?

91
How did Apollo 16 capture this full photograph of the Moon's far side?
3
What's the story behind this Apollo-era image?
10
How accurate is this Apollo Command Module replica, and why would it be copper-colored?
7
Why were the "perfectly functioning" seismometers placed by Apollo 12, 14, 15 and 16 astronauts all shut off in 1977?
3
How close did Apollo 16 astronaut Charles M. Duke Jr. get to the edge of Plum crater?
6
Did Apollo-11 astronauts rehearse their photoshoots on Earth?
12
Why are there double shadows in this Apollo 14 magazine?
4
Where are these historical IBM + Apollo related locations within NASA? What do these computers do?
7
How were the "dust recepticles" installed on the Apollo 17 LM floor?
13
Do Mars rovers protect optical windows during dust storms? Do they "avert their eyes" or do they just "grin and bear it"?