Detailed radar imaging of Tiangong-1; how do they do that? 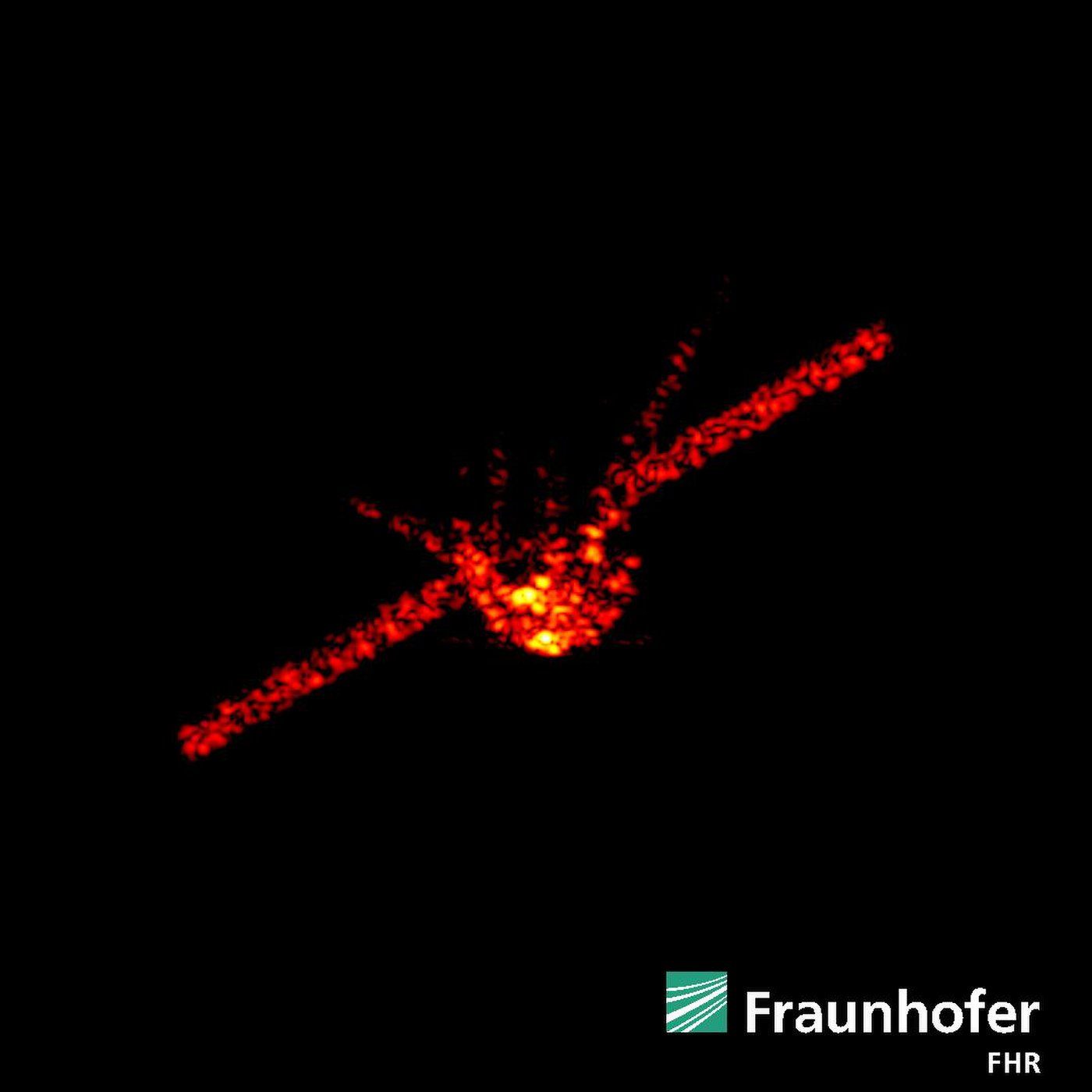 The images was sourced from Space.com's How Was China's Tiangong-1 Space Station Crash Tracked So Accurately?.

Radar systems around the world helped track the falling Tiangong-1 space lab and predict its descent and burn-up in the atmosphere April 1, 2018, to within a 2-hour window. This image came from the Fraunhofer Institute for High Frequency Physics and Radar Techniques near Bonn, Germany, when the lab was approximately 170 miles (270 km) from Earth's surface. Credit: Fraunhofer FHR

If I estimate the spatial resolution at 27 cm and say it's 270 km away, that's 1E-06. If the wavelength were 1 mm, and assumed this image as from a straightforward interferometric array, that suggests a baseline of a kilometer.

But I don't think that's how this image was made.

Question: Which radar system at the Fraunhofer FHR gets this kind of resolution at this distance? Did it require collecting data for minutes as the spacecraft passed overhead, sampling different orientations? Or just a few seconds? Was it all done from one fairly compact dish, or was a large physical baseline still involved?

It was done with one single dish,

The Fraunhofer Institute for High Frequency Physics and Radar Techniques (FHR)'s March 21, 2018 press release - the original source of the picture in the question - links to an introductory description of their Space observation radar TIRA (Tracking and Imaging RAdar) facility, where it says:

The "ball" accommodates an antenna with a diameter of 34 meters. It can be turned 360° in azimuth (horizontal) and 90° in elevation (vertical). The movable part weighs 240 tons and can be turned at a speed of 24° per second (in azimuth), i.e. a full rotation takes 15 seconds.

I suspect that there'll be something more detailed about the technologies used in the Publications section of the FHR site, but couldn't find anything on the quick, and I lack the time right now to go through the complete lists for each year.

There is an animation showing 3D rotation of the radar image in this Fraunhofer FHR tweet and a video of the dish in motion as well. Note the #radarlove hash tag.

More on the TIRA System.

(The FHR is one of several dozen application-oriented research institutes in the umbrella Fraunhofer Gesellschaft, a.k.a. FGAN.) 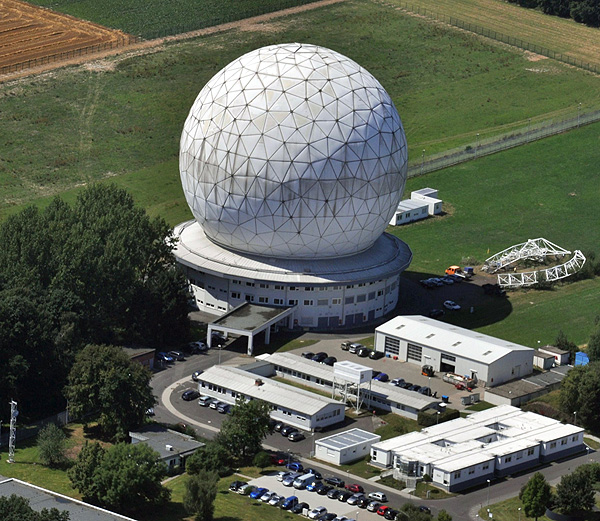 ...the cross range resolution is provided by Doppler frequency analysis and is mainly determined by the processed synthetic aperture, i.e. the target aspect angle changes during the processing interval. For a square resolution cell of 25 x 25cm the necessary aperture angle is about 2.7°.

In other words, the idea is that when you have a radar (as opposed to a passive radio observatory) capable of generating carefully controlled pulses, and when your receiver has sufficient bandwidth and sufficient spectral resolution, and when the target is moving across the line of sight, then you don't need a huge antenna baseline to attain high image resolution: The motion of the target is what provides the baseline. (Whence Inverse SAR).

Not the answer you're looking for? Browse other questions tagged radar tiangong-1 synthetic-aperture-radar or ask your own question.

13
Is there real footage of Tiangong 1 reentry?
4
Alternative to GPS navigation for vertical landing, especially on other planets
6
How (the heck) was coherent synthetic aperture radar (SAR) implemented using photographic emulsion aboard Apollo 17?
0
Does transmitting from a few dishes significantly improve the performance of radar surveillance from Earth at GEO and beyond? If so, how exactly?

8
How does radar calibration using LEO orbited calibration spheres work?
4
Is delay-doppler radar imaging of NEO asteroids possible only if it spins fast enough?
2
Parallel orbits around the Earth - effectively?
3
How can ICEYE-X1 capture 2D high resolution SAR images in "tens of seconds"?
10
How does the SpaceBEEs' experimental passive radar reflector work?
4
How does Deep Space Network's DSS-14 transmit radar and receive it at (almost) the same time? (monostatic radar)
3
Farthest distance to a solar system object that's been determined by spacecraft transponder?
6
How (the heck) was coherent synthetic aperture radar (SAR) implemented using photographic emulsion aboard Apollo 17?
9
Star-shaped artifacts in SAR images of the "Suez Canal traffic jam seen from space"
0
Does transmitting from a few dishes significantly improve the performance of radar surveillance from Earth at GEO and beyond? If so, how exactly?