Going by the definition of convective heat transfer coefficient from Wikipedia (which I have started to doubt; reason follows): $h=\frac{q}{\Delta T}$, where the $\Delta T$ is taken as the difference between fluid and solid surface. Generally the temperature of the fluid is taken as the free stream far field temperature, $T_{\infty}$.

But in Chapter 4 of Modern Engineering for Design of Liquid-Propellant Rocket Engines by Huzel and Huang, for calculating the convective heat transfer to the engine walls, the adiabatic wall temperature, $T_{aw}$, is used instead of $T_{\infty}$.

The $T_{aw}$ temperature is shown dashed because, as we know it is not the actual gas temperature outside the gas boundary layer, but is the one driving heat. (page 3 of 12).

Adiabatic wall temperature is the temperature acquired by a wall in liquid or gas flow if the condition of thermal insulation is observed on it.

Given this: Why is such a temperature used for calculating the convective heat transfer?

I don't know how to make this any more concise than the authors did, so here is the relevant page from Hill & Peterson, "Mechanics and Thermodynamics of Propulsion", 3rd printing, November 1970.

Note that they say the gas stagnation temperature can be used instead at the max heat transfer point. 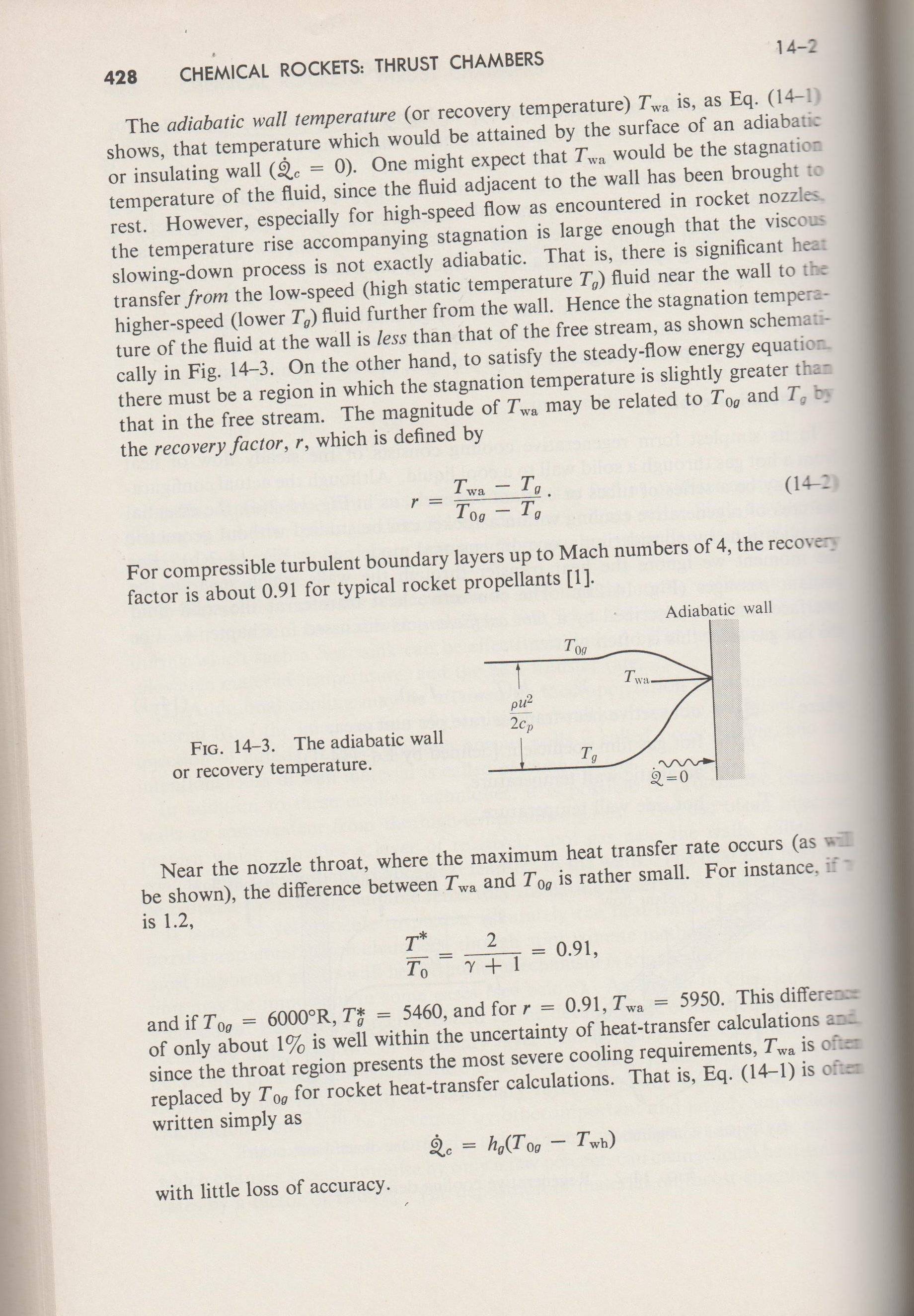 Not the answer you're looking for? Browse other questions tagged rockets engine-design temperature thermal heat or ask your own question.