Why is the Sokol suit white instead of safety orange?

The Sokol is a Russian rescue suit that continues to be used today$^{(1)}$ for launch and landing. It protects the wearer from depressurization, but because it has no micrometeroid and limited thermal protection, it is not rated for EVA use.

As you can see in the picture, the Sokol is white. This is in contrast with the equivalent American suits (LES and ACES), which are both safety orange. Considering that Soyuz lands on land -- which may have snow cover -- one would expect safety orange to be more visible than white.

Is there an official reason why the Sokol is white? 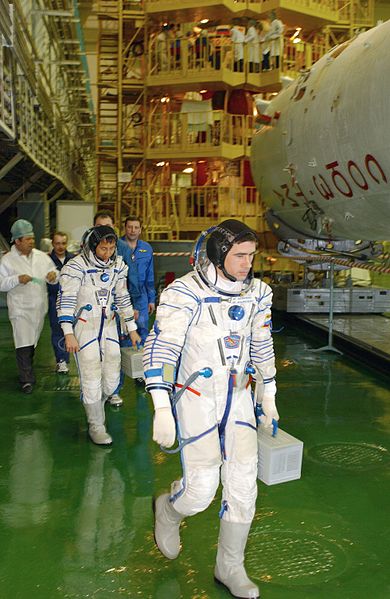 Browse other questions tagged spacesuits sokol-spacesuit or ask your own question.

16
Why is the Sokol spacesuit considered inadequate for EVA?
9
International Orange?
11
What are the requirements differences between Escape Suit and EVA Suit?
13
Do American astronauts wear Sokol space suits when flying on a Soyuz?
4
Why were EVA suits never silver?
2
Why aren't the hose connectors on Sokol suits color-coded?

13
Do American astronauts wear Sokol space suits when flying on a Soyuz?
16
Why is the Sokol spacesuit considered inadequate for EVA?
5
What would happen if you wore 'soft suit'(IVA suit) in the vacuum of space?
11
What are the requirements differences between Escape Suit and EVA Suit?
14
What's the normal leakage rate for a space suit?
4
Why were EVA suits never silver?
2
Why aren't the hose connectors on Sokol suits color-coded?
4
How does an ACES suit seal at the feet?
13
Are SpaceX new space suits inferior to existing ones in terms of usability?