No reboosts for the ISS 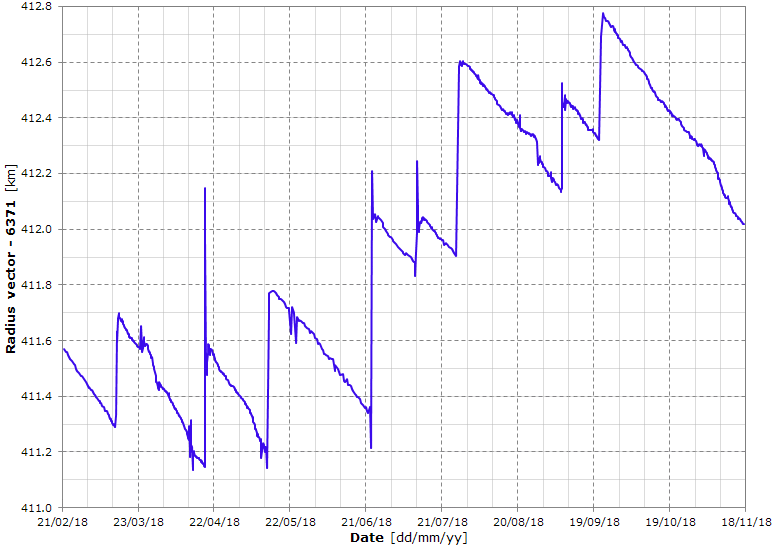 There are no reboosts for an unusually long period of time and according to https://spaceflight.nasa.gov/realdata/sightings/SSapplications/Post/JavaSSOP/orbit/ISS/SVPOST.html there will be no reboosts at least for the next 10 days.
Does anyone know the reason?

This question is asking for an official answer, and that would take someone who is official to answer. I can at best hazard some guesses.

One reason is that the Sun is approaching the end of what was a low activity solar cycle. We can look forward to several months, minimum, of very low solar activity. Several months of inactivity is the norm for the lull between solar cycles. The prognostications are that solar cycle 25 will be even weaker than the now ending solar cycle 24. If that's the case, the very low activity currently being seen may be the norm for the next few years, perhaps longer. The quiescent period between solar cycles 23 and 24 was abnormally long, October 2005 to November 2009. A four year lull in solar activity or longer might well be what we're about to see with the upcoming transition.

Given the low solar activity, there's no particular reason to maintain the ISS at a high altitude (high for the ISS, that is). ISS altitude was kept considerably lower than it is now back when the Shuttle was operational. This enabled the Shuttle to lift huge amounts of mass to the ISS.

Another possible reason is the upcoming SpaceX Dragon launch, which has slipped from November 16 to November 27 to November 29 to December 4.

Not the answer you're looking for? Browse other questions tagged iss reboost or ask your own question.

7
What are the causes of these episodes of faster than average altitude loss by the ISS?

12
Does atmospheric drag or reboosting maneouvers affect the integrity of microgravity experiments aboard ISS?
22
How long would ISS stay in orbit if it didn't get reboosts?
12
How was the Space Shuttle Orbiter used for ISS Reboost?
10
How hard was it for the Shuttle to perform attitude control for the entire ISS? Did they have to calibrate?
3
Crew Positioning in ISS during Reboost
4
What caused the ISS Two Line Element Day of Year problem beginning 12-24-2019?
10
How hard does atmospheric drag push on the ISS? Is it more than one pound?
3
Do standard procedures for securing the ISS before an orbital boost burn include making sure that at least large objects are securely "strapped down"?