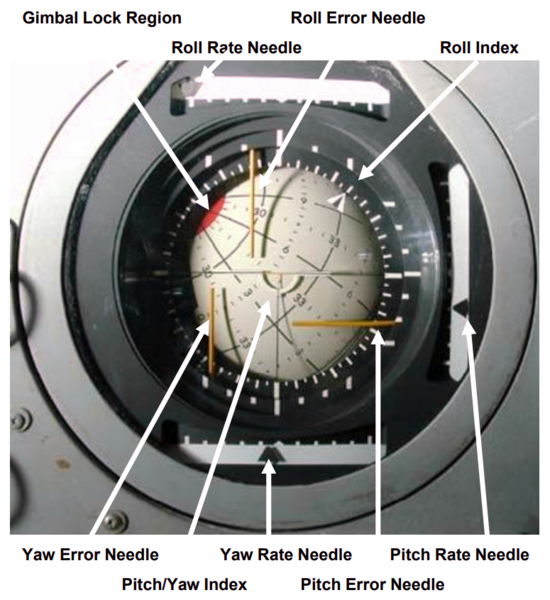 No, it's not an inside joke -- though after the FDAI was named, the name may have contributed to jokes! In avionics, a "flight director" is:

...an instrument system consisting of electronic components that compute and indicate the aircraft attitude required to attain and maintain a preselected flight condition. A command bar on the aircraft’s attitude indicator shows the pilot how much and in what direction the attitude of the aircraft must be changed to achieve the desired result. ...

Essentially, a flight director system is an autopilot system without the servos. All of the same sensing and computations are made, but the pilot controls the airplane and makes maneuvers by following the commands displayed on the instrument panel.

The FDAI, in addition to indicating the current attitude, has three needles (marked on your diagram) which indicate the attitude error in each axis -- i.e. how far off a desired orientation the spacecraft is in roll, pitch, and yaw. Those error needles serve as the "flight director". Once the position of the error needles is zeroed, the spacecraft is in the desired attitude.

Not the answer you're looking for? Browse other questions tagged avionics or ask your own question.