What are the two openings above the Shuttle's cockpit?

In this image of Discovery, two openings above the main windows are visible: 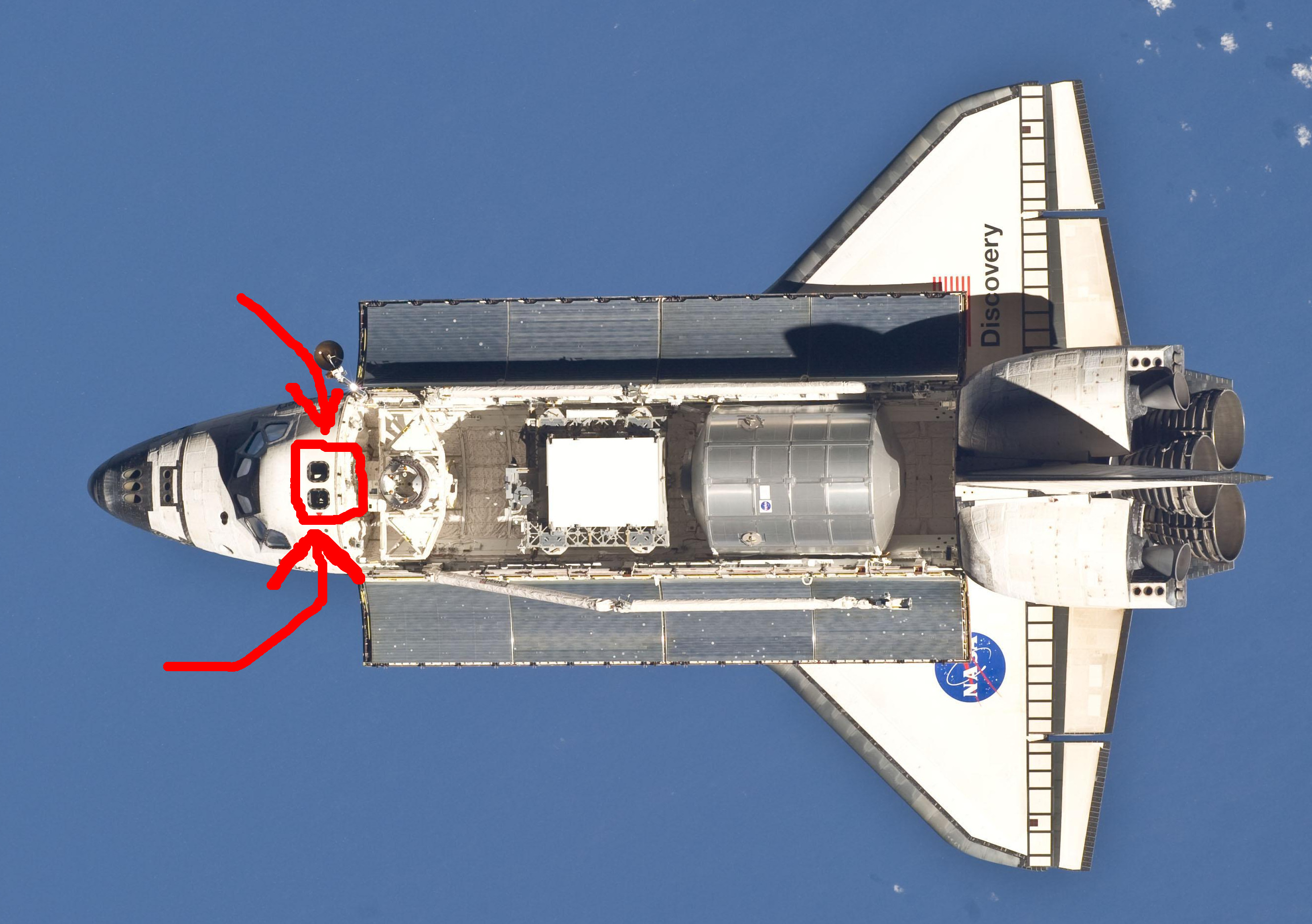 What are they used for? Sightseeing?

When docking with Mir, the International Space Station, Hubble, etc., the docking port is just below those windows. For Hubble, they would approach, grab it with the Shuttle Remote Manipulator System (SRMS) a.k.a. Canadarm 1, and attach it to a platform further down the payload bay. 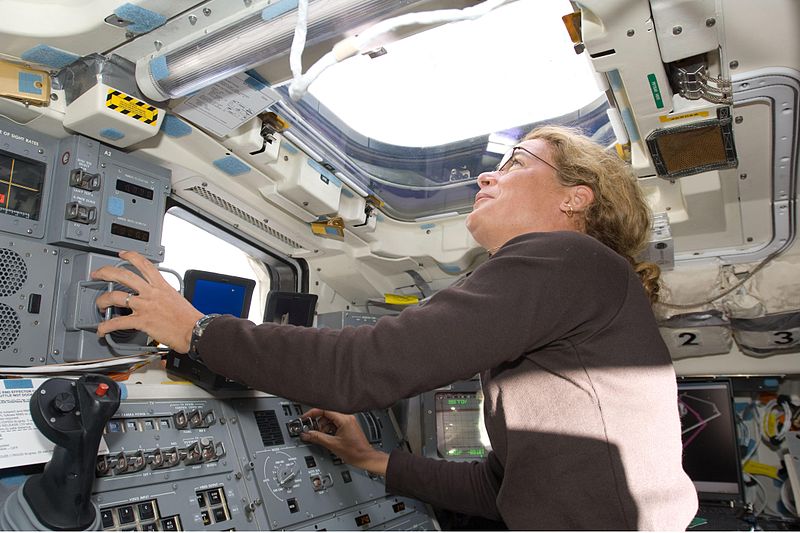 The overhead aft flight deck windows were used for visual sighting of the station as they approach, but were mostly used for better visibility when maneuvering the shuttle. 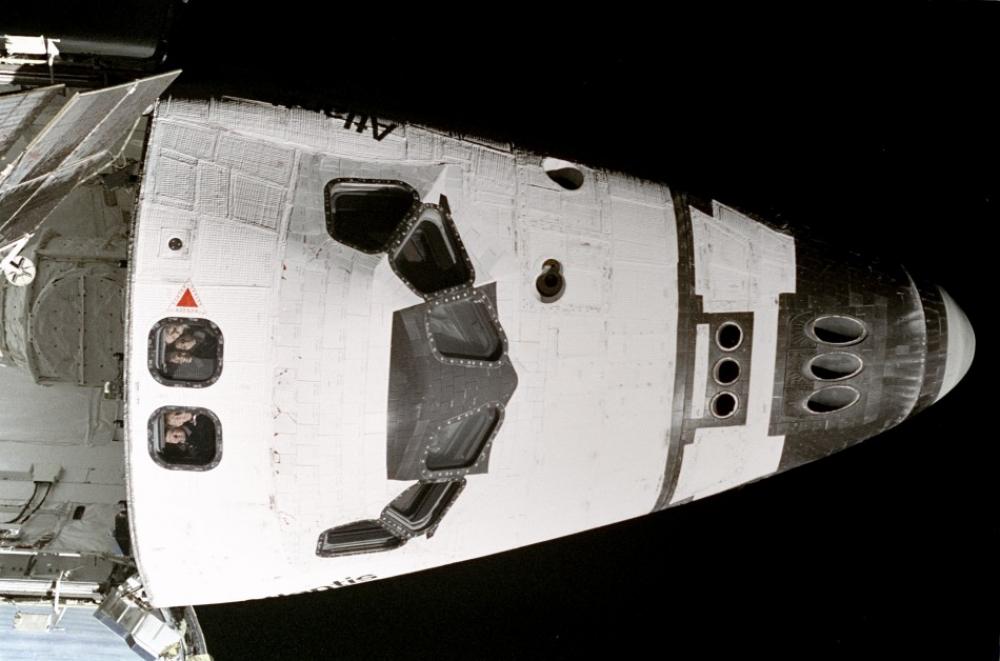 The five STS-74 astronauts aboard the space shuttle Atlantis look out overhead windows on the aft flight deck toward their counterparts aboard the Mir Russian space station, with which they had just rendezvoused in this NASA handout photo dated November 24, 1995. (Source: IBTimes, Credit: REUTERS/NASA)