What can be done in future mass-cubesat deploys to make them “less irksome” to orbital space debris experts?

In the first group of questions below the block quotes, I've illustrated situations where a large number of cubesats are deployed at one launch (56 an 104 satellites) and it seemed to take quite a while for it to be figured out which one was which.

That can be a problem considering both the number and that fact that many of the cubesats launched in groups like this are experimental, and may not work, and so may end up almost indistinguishable. (see T.S. Kelso's "Space debris on release" below)

What are proposed and recommended thing that can be done during deployment that would make it easier to get quick and reliable identifications in these situations? T.S. Kelso's comment about attitude information seems important, but I am not sure what the point is there exactly. CSpOC seems to have some recommendations, but I am not sure how they would be implemented by the various launch vehicles and agencies (SpaceX, ISRO, Rocket Labs) that are or will soon be doing many-cubesat deploys.

"What they [Spaceflight] haven't shared is how these 70+ satellites are going to be deployed," said T.S. Kelso of CelesTrak, an analytical group that keeps an eye on Earth-orbiting objects. (Note: A Spaceflight press release from August stated that 71 satellites would be aboard the launch, but the company's website currently says the number is "64+.")

"I checked with one of the operators — trying to get a head start on how we're going to ID all of these —and learned that the two SHERPA platforms are going to be released from the Falcon 9 with no attitude control or attitude determination."

Kelso's bottom line: "I think this is not only irresponsible from a safety-of-flight perspective, but it jeopardizes the time and resources of many of the small operators who may never even hear from their satellites," he told Inside Outer Space.

Kelso's guess is that about one-third of the satellites to be deployed will basically be space debris on release and there will be difficulties in sorting out this kind of mess.

Be prepared for chaos

"They have next to nothing useful from Spaceflight for the SSO-A launch on Monday. This is totally irresponsible. Be prepared for chaos," Kelso tweeted on Friday (Nov. 16).

I reached out to Spaceflight for comment for my previous article about this launch, "Cluttering Space: Upcoming Launch Red Flagged." In response to that query, Spaceflight spokeswoman Christine Melby said via email: "Thank you for reaching out. At this time we do not have a comment on this article."

There seems to be concern from other sectors as well:

But some other experts remained concerned.

"It appears that the recommendations were not taken seriously by the SSO-A developers," Liou told Inside Outer Space.

Other Problems keeping track of satellites: 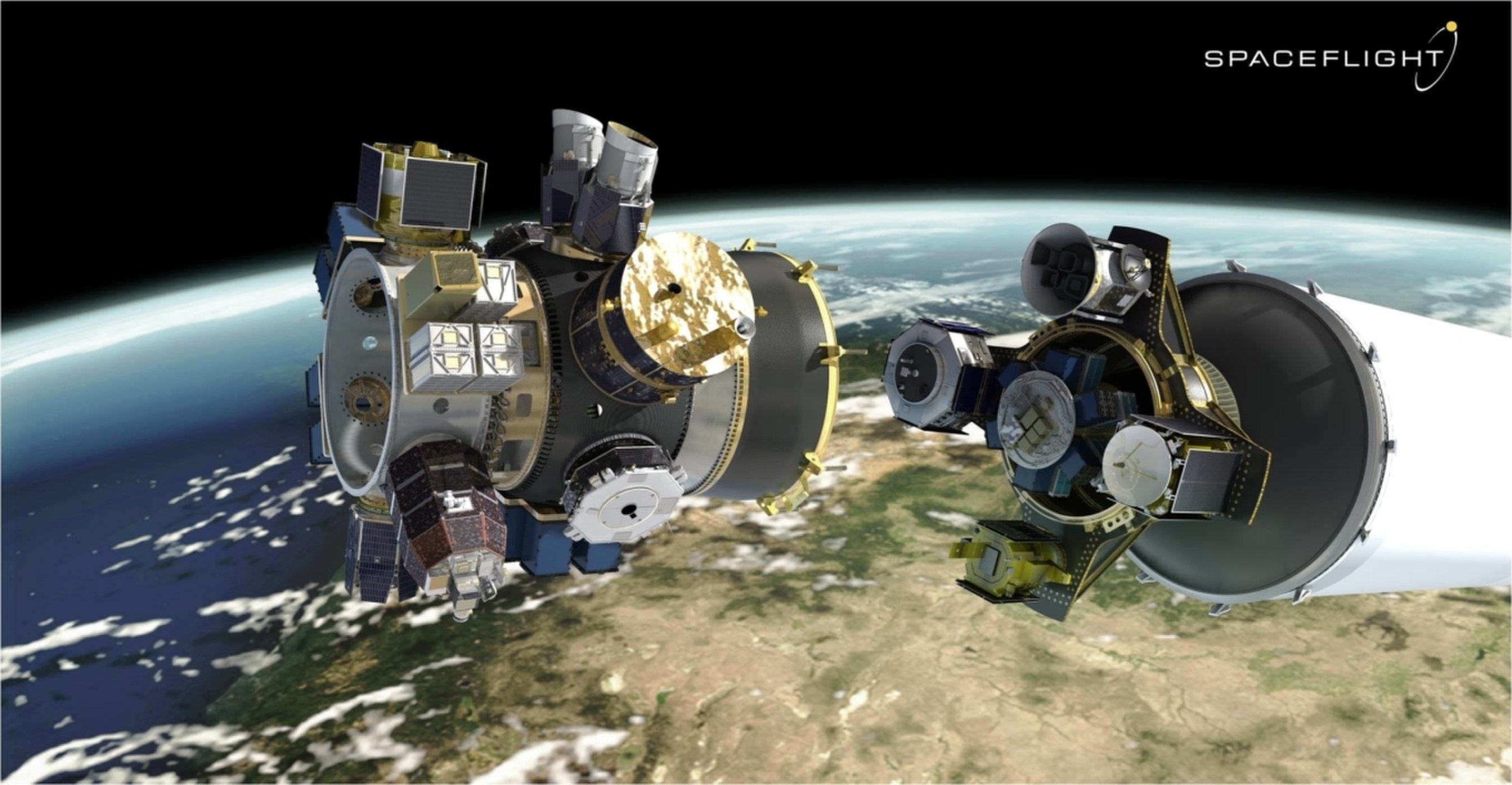 Artist's illustration of the payloads launched during the upcoming SSO-A mission separating from their SpaceX Falcon 9 rocket. Credit: Spaceflight Source

The key consideration in Kelso's comments is that many of these satellites end up DoA, so you cannot rely on the satellite helping you in any way. Thus we are left with the need for passive methods to identify these dead satellites. The generally proposed concept is to have something on the satellite that makes it brighter to RADAR, such as reflectors

This question talks at length about a mission that proposes using such reflectors.

Search Google for "Space Traffic Management" and you will get lots and lots of papers with many other proposals. I co-authored one such paper three years ago; Space Traffic Safety: A New Self-Governance Approach for the Smallsat Community SSC17-XI-02. The subject is really too complicated for a Stack Exchange answer, but here is a bit from that paper:

A number of potential technical solutions exist to help improve the tracking accuracy for small satellites. For instance, in 2006 a set of post-launch guidelines were suggested by members of the Space Analysis branch of the Air Force Space Command that would significantly improve the tracking ease during the initial object identification period. These included:

Not the answer you're looking for? Browse other questions tagged cubesat payload-deployment or ask your own question.

30
What is the smallest operational artificial satellite?
9
How (the heck) are military satellites with (apparently) classified TLEs still showing up on sat map websites?
6
How do cubesat owners first find out their cubesat's initial trajectory? How do they point antennas at it before official TLEs start to appear?
8
Has NORAD ever experienced a catastrophic event and “lost track of” a bunch of objects?
8
How does the SpaceBEEs' experimental passive radar reflector work?
6
Are SpaceBEEs actually hard to track?
5
ISRO's PSLV-C37 with 104 satellites - after 56 hours only six TLEs, which factor is greatest challenge?
6
Do deployments of multiple cubesats obey proposed guidelines such as 20 seconds or more between deployments at 5 m/s or faster?
2
Where can I find the TLE of ExseedSat 1, India's first ever private LEO satellite?
2
It's been over two weeks now, will the real Humanity Star please stand up?
See more linked questions

12
Are cubesats deployed with fully discharged batteries? Even those on Sherpa?
12
How are remove before flight (RBF) pins made?
2
Mayak, a magnitude -10 (minus ten) satellite; how is the large, delicate reflector expanded?
3
Are the cubesats deployed from the ISS always directed “nadir and retrograde”?
3
Rocket to launch 8 cubesat to LEO at an equidistant distance
1
How will NASA's TROPICS cubesats be inserted into their three orbital planes and proper phasings?
6
How do cubesat owners first find out their cubesat's initial trajectory? How do they point antennas at it before official TLEs start to appear?