During final descent how will InSight know cardinal directions in order to land with proper orientation?

As explained in @karthikeyan's answer the InSight lander will rely upon its landing system to orient the lander properly, so that once on the ground instruments such as the RISE antennas will be pointing in the proper direction, in this case roughly East and West, more specifically, towards Earth when InSight is near the edge of the planet's disk as seen from Earth.

While InSight is still moving horizontally with high velocity during its entry, it has its velocity vector (from whence it comes) as a reference with respect to the terrain. But very near the end of its seven minutes of terror, in the final hover and drop, what reference will it use for lateral orientation (rotation about the vertical)?

There's no useful planetary magnetic field for direction-finding. Is it known what cues the landing system will actually use to orient InSight correctly?

With the separation of the Cruise Stage seven minutes before re-entry, the InSight spacecraft solely relies on its MIMU for attitude propagation, rate measurement and the deceleration trigger for the critical parachute deployment event. Two redundant MIMUs reside on opposite sides of the lander, each comprising three QFLEX accelerometers for linear acceleration measurements along the three body axes and three Honeywell ring-laser gyros for angular rotation measurement.

The MIMU outputs data at 200 Hz including the accumulated linear velocity change and the accumulated angle change in three Cartesian axes. After digitization of the raw data, the MIMU achieves a delta-v resolution of 2.7 mm/sec at a noise level of under 0.08 mm/sec and angular data is delivered with a resolution of 0.011 deg/sec. 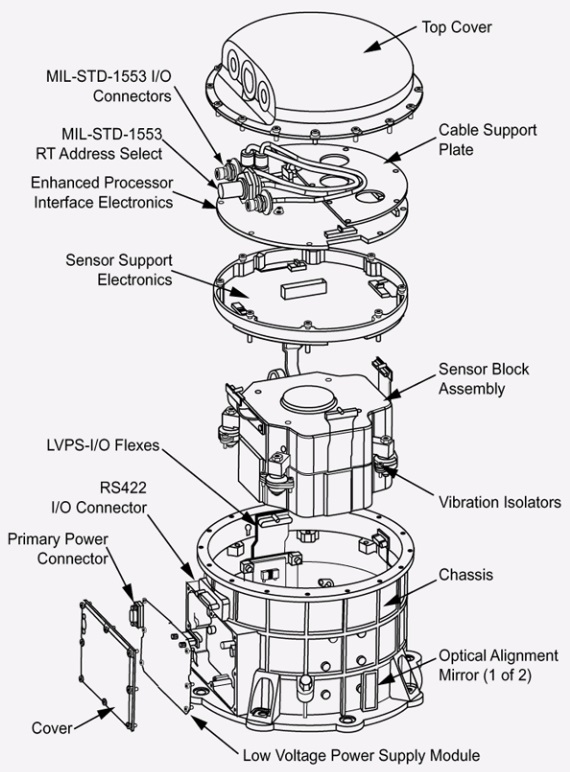 Not the answer you're looking for? Browse other questions tagged mars lander attitude-determination-and-control insight or ask your own question.

23
How did astronauts using rovers tell direction without compasses on the Moon?
2
How would blockchain be integrated into spaceflight? Have any methods been proposed yet?
4
Alternative to GPS navigation for vertical landing, especially on other planets
2
3D celestial puzzler; why InSight's two RISE horns point slightly south of east, and north of west?
2
How will InSight's RISE antennas end up pointed in the right direction?

3
First interplanetary launch from California! How far from Earth will InSight be when it separates from the Centaur 2nd stage?
2
Why will radioastronomy telescopes be used to listen to InSight's entry into Mars' atmosphere instead of DSN?
2
How will InSight's RISE antennas end up pointed in the right direction?
2
3D celestial puzzler; why InSight's two RISE horns point slightly south of east, and north of west?
4
What is InSight's one-sol energy budget on a good day?
3
What does it mean when the Voyagers "switch thrusters"?
2
Are there any preliminary results from Mars lander InSight's RISE antennas?