What is the outside of the Soyuz capsule covered in?

When you look at a Soyuz, it seems like the descent and orbital modules are covered in some kind of fabric-like material. You can see wrinkles and it does not look like traditional metal as you might expect, for something that needs to survive reentry. Surely the heat shield takes the brunt of the heat load, but some heat clearly leaks over the edge to the sides. 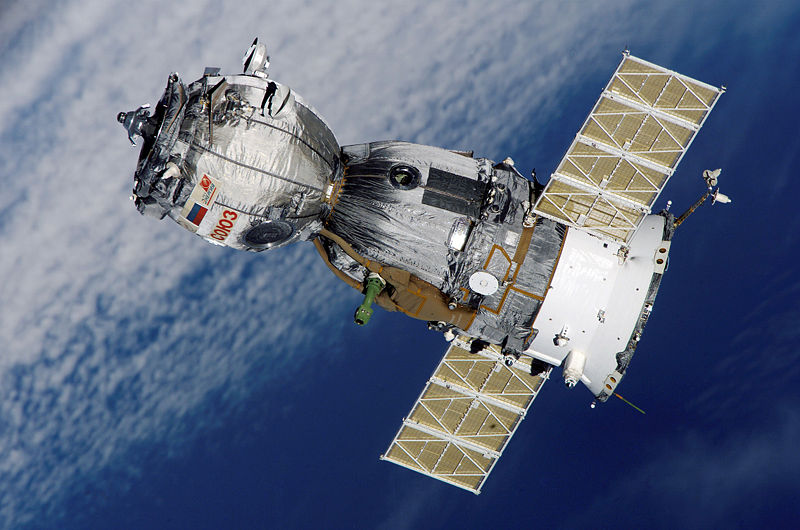 Propulsion Module, ... Descent module, ... Orbital Module... materials used in the fabrication of these modules .... an aluminium alloy was finally chosen. The thermal insulation covering the modules consists of two layers - the upper layer consisting of an asbestos-cloth laminate, and the lower layer of 'a light, heat-insulating material'.

Protecting Soyuz-TM's bell-shaped descent module were eight blankets of insulation material, each made of many layers of golden foil and an outer micrometeoroid layer.

The outside of the Soyuz is covered in multilayer vacuum-screen thermal insulation. Its Russian acronym is ЭВТИ, long for экранно-вакуумная теплоизоляция or Shield Vacuum Thermal Insulation. It apparently is in many layers of metalized film and fiberglass cloth.
Its purpose is to protect the modules during ascent and orbit. It doen't seem to be designed to survive reentry: in photos of the descent module post touchdown, this material is not intact. 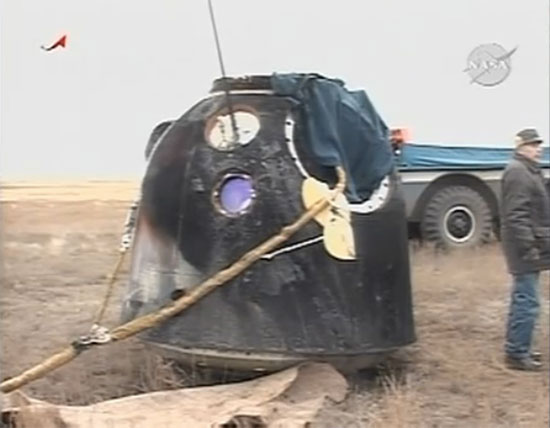 Not the answer you're looking for? Browse other questions tagged crewed-spaceflight reentry materials soyuz-spacecraft heat-shield or ask your own question.

2
Why does "Tim Peake's capsule" look like it's copper now?
1
Is asbestos abated before putting space artifacts on museum display?

9
Why do the Russians call the Soyuz launcher the same name as the Soyuz capsule?
9
What influenced the shape of the Soyuz descent module?
14
How is the periscope port on Soyuz spacecraft secured for the atmospheric reentry?
6
What is the maximum velocity at which Soyuz TMA-M may transit through Earth' atmosphere at reentry without a heat-shield?
12
Stand clear sign on Soyuz capsule underside
5
Are any parts of the Soyuz capsule re-used or re-manufactured?
12
Is this smoke from Expedition 53 returning Soyuz capsule?
3
Seating in Soyuz 18 capsule
6
Capsule heat shielding made of Aerogel?