What are the chances of getting hit by meteoroids or micrometeoroids in space?

For man made object like the ISS, what are the chance that may get hit , How often or how many times might it get hit?

Answering the now-edited question: It depends on how small you want to consider. If you want to get down to dust-sized particles, the ISS is pelted with hundreds, if not thousands, every day. As you start looking at larger particles, the flux drops off dramatically. The environment that the station was designed to is described in the document SSP 30425.

The probability is effectively 0. Unless you are the Deep Impact probe. Then it is 1. 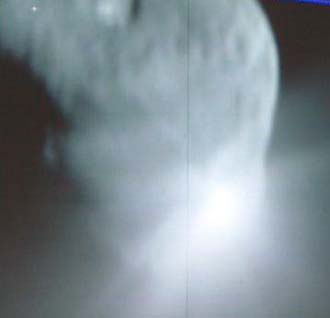 You might really mean meteoroids or micrometeoroids, not asteroids.

It is difficult to intentionally hit an asteroid with a spacecraft, requiring autonomous guidance (as was done for Deep Impact). On the other hand, it is very easy to know about and avoid an incoming or approaching asteroid, even with ISS.

The Earth, on the other hand, would be very difficult to move out of the way of an asteroid. Hence ongoing discussions on how to move the asteroid instead.

(In this context, comets are in the class of asteroids.)

Not the answer you're looking for? Browse other questions tagged artificial-satellite space-station or ask your own question.

2
How do satellites remain safe from space debris and meteorites?

16
Are there any theoretical size limits of man-made space stations/structures?
21
What is the oldest orbital satellite we can contact?
8
Folding structures in space - What are the potential benefits and problems?
1
Chances of man-made satellite colliding with space debris
12
How is the software for scientific space missions developed?
5
Why does NASA use freeze-dried food for the ISS?
2
Space station Freedom - purpose (specialisation) of pressurized modules