Why is so much of InSight visible in this image? 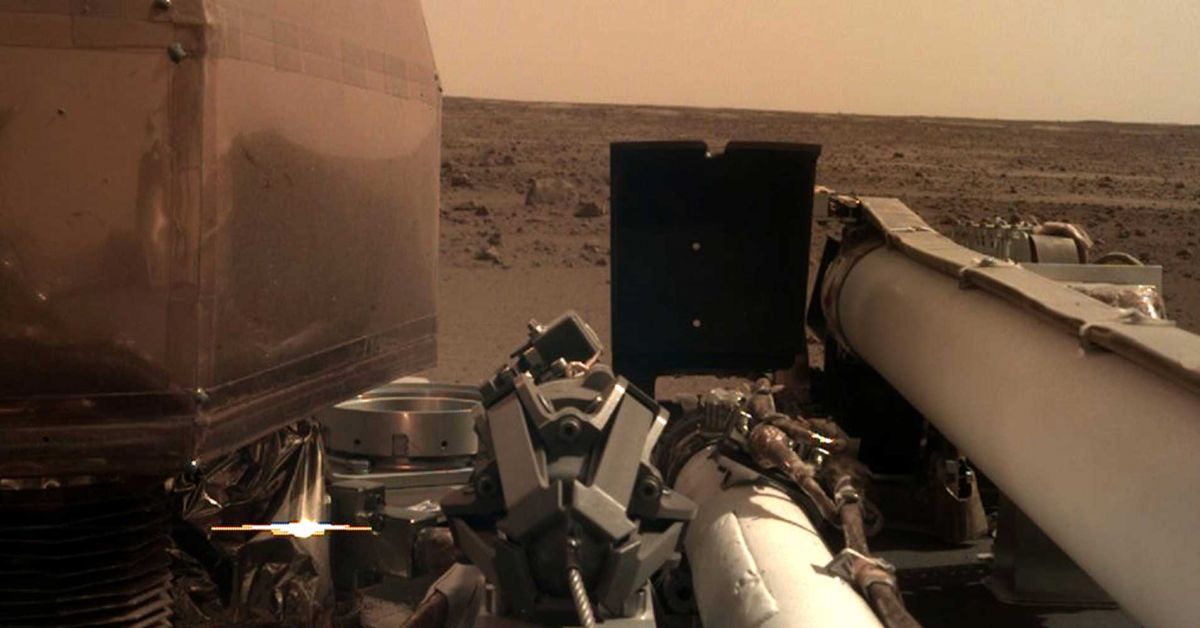 That image was taken by the Instrument Deployment Camera (IDC). It's located on the arm. With the arm in stowed position, it's logical that a section of the deck is in view.

In other words, it's an engineering instrument, not a science instrument.

To add to Hobbes' answer: InSight hasn't unpacked yet for its stay!

There is a lot of equipment which was packaged on top of the deck for transport, which will be moved to their proper places over the next weeks. The white tubing on the right and bottom edges of the picture is the robotic arm, to which this camera is attached to. The arm's grapple is in the bottom center. The metallic box on the left side is SEIS, which will be placed on the surface of the planet along with HP3.

There is a second camera (the ICC) below the deck, which would be unobstructed if not for a dust cover that has dust on it. This camera was more affected than the IDC by dust kicked up during landing, because this camera is below deck versus the IDC which is above-deck. You can make out a rock and a lander leg near the bottom of the image. 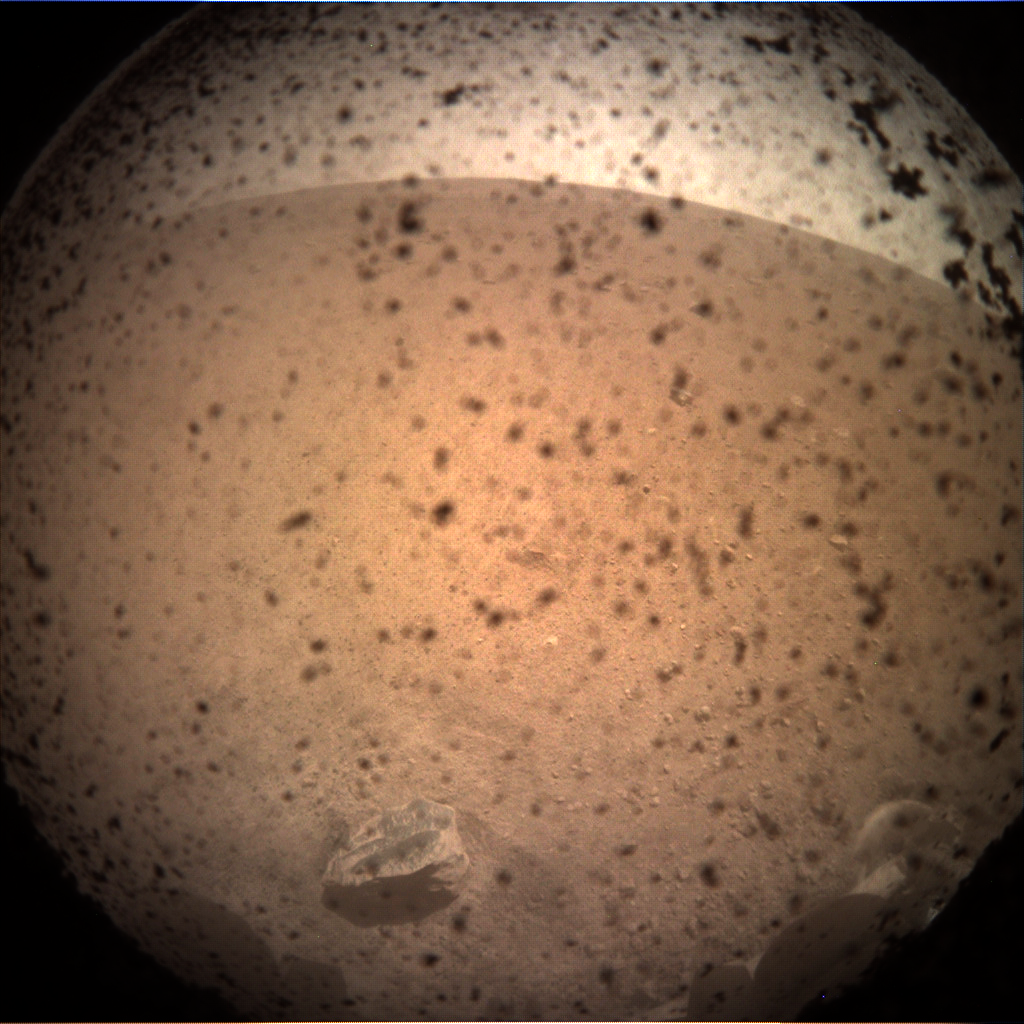 Not the answer you're looking for? Browse other questions tagged mars photography insight or ask your own question.

26
What's the coin on the Curiosity rover?

6
Where will NASA's InSight land on Mars?
2
How will InSight's RISE antennas end up pointed in the right direction?
3
Why was MarCO-B CubeSats flying away after InSight landed?
2
Why does the SEIS require a bellows type wind cover?
0
Mars InSight mission. From dull to shiny copper in just 8 days?
3
Why is a corner of InSight's selfie cropped like this?
5
How does InSight measure wind speed?