Why not use Sparklers on Delta-4 Heavy launches to burn off the hydrogen? 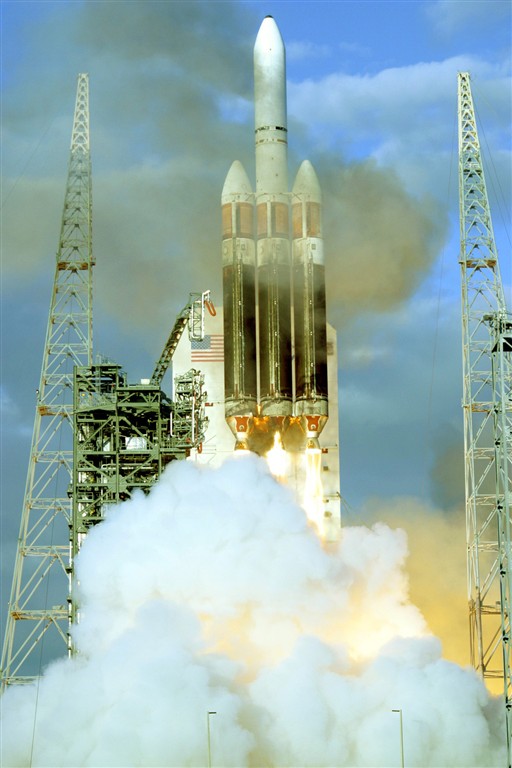 The RS-68 is a LOX/LH2 engine. As part of the launch sequence, a fair bit of hydrogen is run through the engine, prior to actual ignition to cool down pumps, components, etc and condition the engine. The SSME (Space Shuttle Main Engine, RS-25) does the same thing.

With the D4H however, there is sufficient hydrogen run through, that at ignition, it ignites, and actually starts an awesome to see fire, running up the sides of the core modules, and the insulation on the outside gets quite charred.

In order to minimize this they have tried to start one engine first, then the other two, so as to burn off some of the hydrogen first.

Thus my question. On the Space Shuttle, there are sparklers that ignite as the SSME's go through their conditioning cycle to burn off the excess hydrogen gas. Why not use the same on the D4H launches?

They do use sparklers: the Radially Outward Firing Initiators (ROFI), derived from the Shuttle system, are started at T-15 seconds. Note that a hydrogen fire is the expected result of this system; they just didn't expect it to be this extensive.
On the NasaSpaceflight forum, someone suggested that the scorching of the insulation is caused by the hydrogen not mixing with air immediately, so the ROFI doesn't burn all of it until the oxygen turbopumps are spooled up just prior to ignition. The flame duct is enclosed which allows hydrogen to pool, that doesn't help either.
On the Space Shuttle pad, the water deluge system helps keep down any fires. The Delta IV is launched dry. The launch photo you show, with the insulation extensively blackened, may have been an anomaly due to some part of the timing being off (i.e. more hydrogen present than expected when the ROFI started).

Not the answer you're looking for? Browse other questions tagged delta-iv delta-iv-heavy ssme rs-68 hydrogen or ask your own question.

1
Why does the Delta 4 Heavy look burned?
1
What is happening in the few seconds surrounding t=0 of the Delta IV Heavy launch?
8
Who built the sparklers used by the Shuttle program during launch?
7
What are the sparks flying at the bottom of SSMEs at the time of launch?