Will the Parker probe use aerobraking at Venus? If not, why not?

The Parker probe needs to lose a great deal of orbital energy and angular momentum in order to approach the Sun so closely. It will be aided in doing that by multiple flybys of Venus. Are these purely "gravitational slingshot" maneuvers, or will they actually graze the upper atmosphere of Venus and lose energy that way? If not, why not? The idea seems intuitively appealing.

It's using the gravity of Venus alone. Skimming the atmosphere would risk damaging the spacecraft 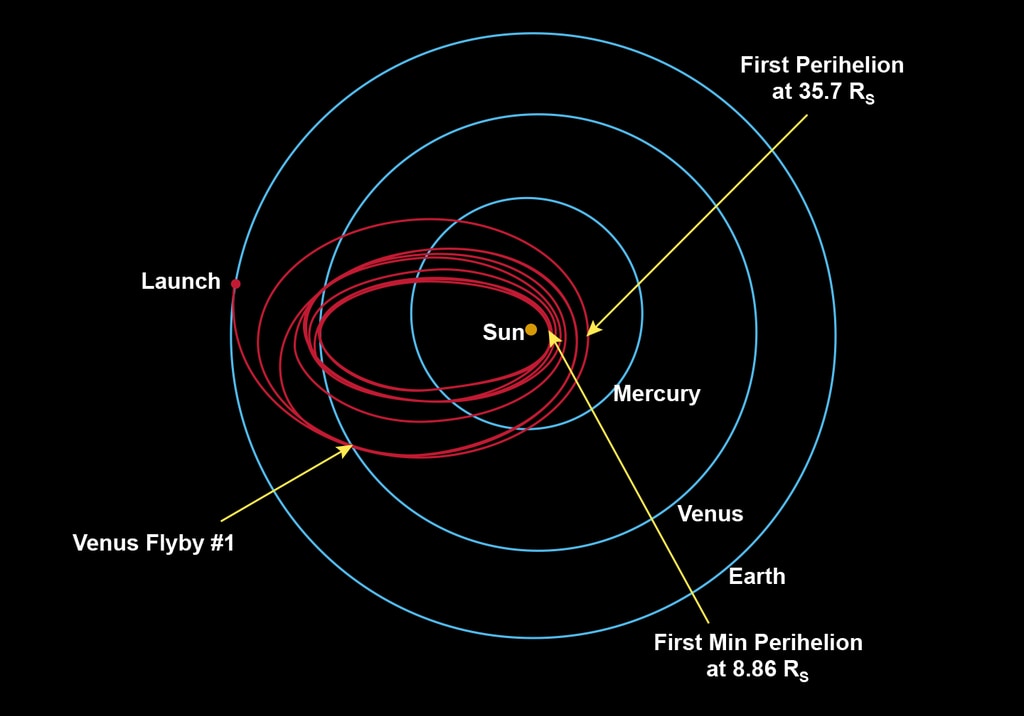 From the NASA blog

On Oct. 3, Parker Solar Probe successfully completed its flyby of Venus at a distance of about 1,500 miles during the first Venus gravity assist of the mission. These gravity assists will help the spacecraft tighten its orbit closer and closer to the Sun over the course of the mission.

Detailed data from the flyby will be assessed over the next few days. This data allows the flight operations team to prepare for the remaining six Venus gravity assists which will occur over the course of the seven-year mission.

@Machavity's answer is correct. This is just some addition, interesting data.

I had downloaded the data for Parker Solar Probe from Horizons before the launch. They had state vectors for a complete (planned) mission there (Revised: Aug 24, 2018) from launch until 2025-Aug-31 09:19:00. Currently Horizons is showing a much shorter span because it is now based on the real trajectory, but this data is likely to still be available online somewhere.

I subtracted the state vectors of Parker from Venus an the Sun, and calculated the distance. Only the last approach is close (in late 2024) and it is very close. With the 6 minute cadence that I downloaded, the minimum approach is 6753 km from the center of Venus. With a radius of Venus of 6052 km, that's really close, and the minimum distance in that simulation could be even closer! The exact numbers don't matter so much, but it certainly looks like a close approach is being contemplated here to get very close to the Sun

The first plot is not zoomed in distance, it shows the distance from Parker to the Sun and to Venus.

The second one is distance to Venus, and the last one is pretty close!

The last one is distance to the Sun, and you can see the distance takes a step closer each time it passes Venus, including that last really close one.

I'll come back tomorrow to add the calculation if nobody else does, but the delta-v changes here are huge, and drag in the atmosphere does not come within orders of magnitude of being enough to change the distance to the Sun by this much. They will get as close as they can perhaps, for the gravity, but not for the atmosphere. 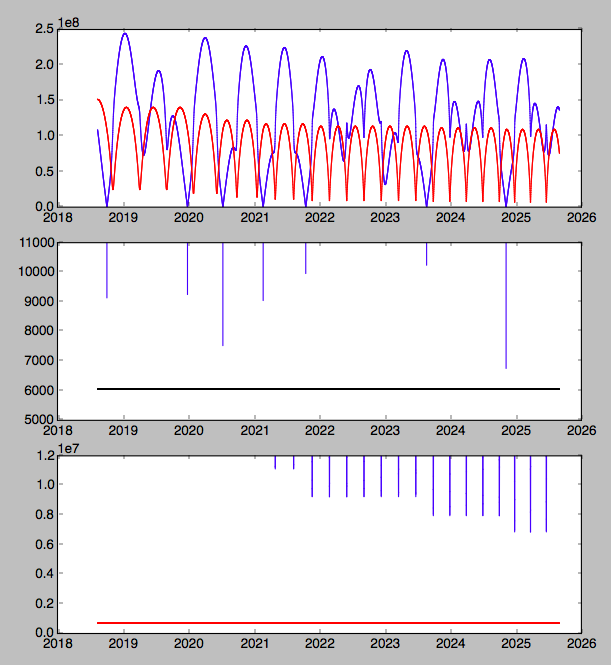 Not the answer you're looking for? Browse other questions tagged venus parker-solar-probe trajectory-design or ask your own question.