Could InSight lift off and move somewhere else?

InSight used its built-in thrusters for the final stretch of the Entry, Descent and Landing, and the thrusters seem to still be attached. Would it have been at all possible for InSight to lift off again, just a bit, and move over slightly if NASA found it's first landing spot a serious challenge to its scientific goals for some reason?

Possible, but very likely to cause damage to the spacecraft. Let's look at the lander's systems:

Shock absorption is accomplished with an aluminum honeycomb crush core that functions in the form of a compressible cartridge between an inner and outer cylinder to serve as a one-use shock absorber. 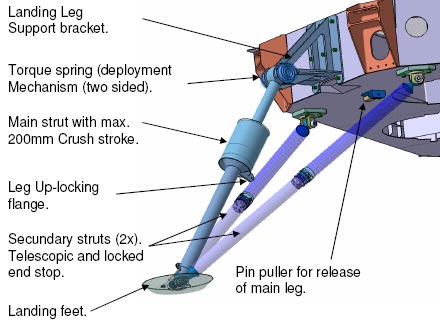 Why NASA chose Elysium Planitia as InSight's home on Mars?

From an initial menu of 22 potential landing sites, the InSight team decided that only three were strong candidates, and of those, Elysium Planitia stood out as being flattest, without too many rocks or gusts of wind to potentially upset the lander. source

An artist's depiction of Elysium Planitia, where NASA's InSight lander will touch down on Nov. 26. Credit: NASA/JPL-Caltech

The team considered two key criteria as they decided where to place the lander. The first is safety. Landing on Mars is always a challenge because of the planet's thin atmosphere, so the InSight team wanted a patch of fairly flat land to reduce the risk of the three-legged robot toppling over at touchdown.

The second factor, of course, is science. It's particularly important that the landing site meet the team's research needs since InSight is a lander and can't move itself around the Martian surface: Where it lands is where it will learn.

That meant the location needed to be able to accommodate InSight's instruments, especially the probe that will hammer itself 16 feet (5 meters) below the surface in order to measure the planet's below-ground temperature.

That said, Elysium Planitia practically is the flattest spot that NASA could found on Mars as the best landing site to fulfill InSight's scientific requirements in the meantime avoids any future concern as much as possible.

How big and heavy is the InSight?

What instruments does the InSight Lander have?

SEIS: A seismometer that can provide information on internal vibrations or Marsquakes occurring within the Red Planet. Depending on the material the vibrations propagate through will change the way the seismic waves travel which when detected can tell scientists what the materials are.

HP3: A heat probe that will burrow almost 16 feet (5 m) into Mars’ surface – the deepest to date. The probe will help scientists measure Mars’ temperature and work out whether Mars was formed from the same materials as Earth or not.

RISE: A radio wave instrument that can help scientists work out the size of Mars’ core as well as its composition by sending out a signal and seeing how it changes in frequency via the Doppler shift.

While SEIS & HP3 would have to deploy on the ground in the following weeks on Mars, that is why InSight was designed as a stationary machine and its main goal is to study Mars interior core.

Now back to topic with the relevant article I have provided above.

Would it have been at all possible for InSight to lift off again, just a bit, and move over slightly if NASA found it's first landing spot a serious challenge to its scientific goals for some reason?

I'd say this is unlikely to happen as the landing site was carefully chosen with the reference above. It's relatively impossible that NASA would faces a 'serious challenge' on the spot.

Because no active hazard-avoidance is used by InSight, the legs must be capable of supporting worst-case landing scenarios like 16° slope and up to 40cm rocks in combination.

The biggest challenge for InSight to touchdown would be the potential risk of flip over; if its lander legs are so lucky to land on slope, rocks or in combination. Since InSight already successfully touchdown on Mars without issue, there is no point to lift off and move over a bit in general.

The Propulsion Subsystem of the InSight Lander is identical to that flown on Phoenix – featuring a total of 20 thrusters broken down in three different groups: 1) Reaction Control System thrusters with a nominal thrust of 4.5 Newtons, 2) Trajectory Correction Thrusters operating at 22 Newtons and 3) Pulsed Landing Thrusters generating 293 Newtons of thrust for attitude control and velocity reduction during the Mars Landing Maneuver. All thrusters are fed from two central tanks containing ~65 Kilograms of usable propellant.

In a nutshell, I think there was no thruster particularly designed for InSight to lift off. Even if it could, as most of the hardwares were 'exposed' after the first successful landing, a second landing (even just a small ones) would probably causes sabotage. If you're expecting a hypothetical answer, maybe someone else could answers you. It would be interesting, though.

Not the answer you're looking for? Browse other questions tagged mars nasa lander insight or ask your own question.

24
Brushing clean a Mars lander's solar panels
6
How could InSight's seismometers be intentionally and meaningfully "pinged"?
4
Have all of InSight's engines/thrusters been permanently disabled now that it has landed?
4
How much fuel is left in InSight?
3
How was the landing site decided to land InSight?

3
What are transonic oscillations (wrist mode) and would Schiaparelli have been transonic at 2 to 4 km altitude?
2
Why will radioastronomy telescopes be used to listen to InSight's entry into Mars' atmosphere instead of DSN?
4
InSight and active pinging of Mars
3
During final descent how will InSight know cardinal directions in order to land with proper orientation?
4
How do Mars spacecraft control attitude on final descent and landing?
4
Have all of InSight's engines/thrusters been permanently disabled now that it has landed?
2
Could InSight flip itself right-side-up?