Could we possibly see the shadow offset from Parker Solar probe on Earth?

Parker Solar probe would fly within 3.7 million miles (6 million kilometers) of the sun's surface. It sounds quite far away; however it's more than eight times closer than any other spacecraft and more than eight times closer than Mercury. Let's say there is a solar eclipse event right above New York City; the city would be underneath the shadow of the body between Earth and Sun. So here's the wonder: with Parker Solar probe is staying that close to the Sun, could we possibly see its shadow offset from it on Earth?

That's true if we're talking about a point source or at least a compact source of light and "shadow" refers to the "umbra" or area of complete shadowing. But it no longer makes sense in this case where seen from Earth the obscurer (spacecraft) is tiny compared to the "obscuree" (Sun). 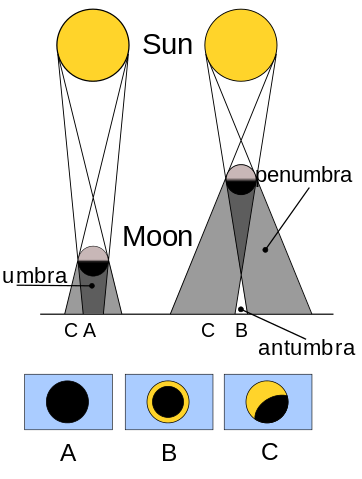 In this case we can call the event a transit of the Sun by Parker and can treat it just like a similar transit by Mercury, only smaller.

At the distance of the Earth, There is no umbra, only an antumbra. Parker's umbra only extends about 250 meters behind the spacecraft's 2.3 meter hexagonal Sun shield.

In the case of Mercury, let's do the math.

So while transit of Mercury will dim the Sun everywhere on Earth almost equally by about 31 parts per million (and would be noticed by good quality photometry from a satellite), Parker would only dim the Sun by five quintillionths, which is far lower than normal fluctuations in the Suns brightness.

At about 195 km/s Parker will transit the Sun's disk in about 7,000 seconds, or 2 hours. Below are examples of how the Sun's brightness fluctuates on this timescale. Certainly a step function of 2E-05 (from Mercury) for hours would be detectable, but one of 3E-12 (from Parker) would be so far in the noise as to be completely undetectable.

However, if you wanted to measure the solar transit of the ISS instead, using a Raspberry Pi or an Arduino and a photodiode from Earth instead, that's certainly doable because of the shortness of the pulse. 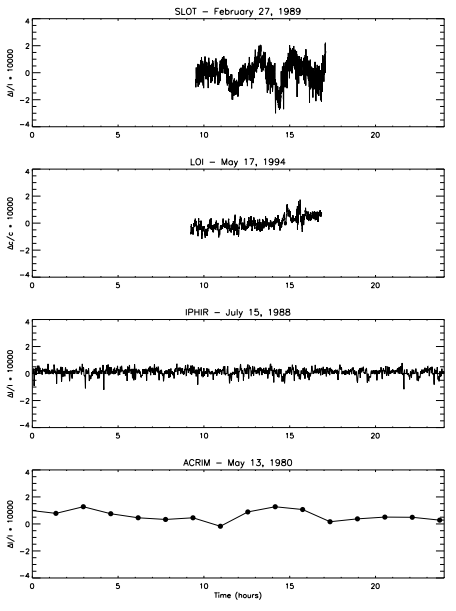 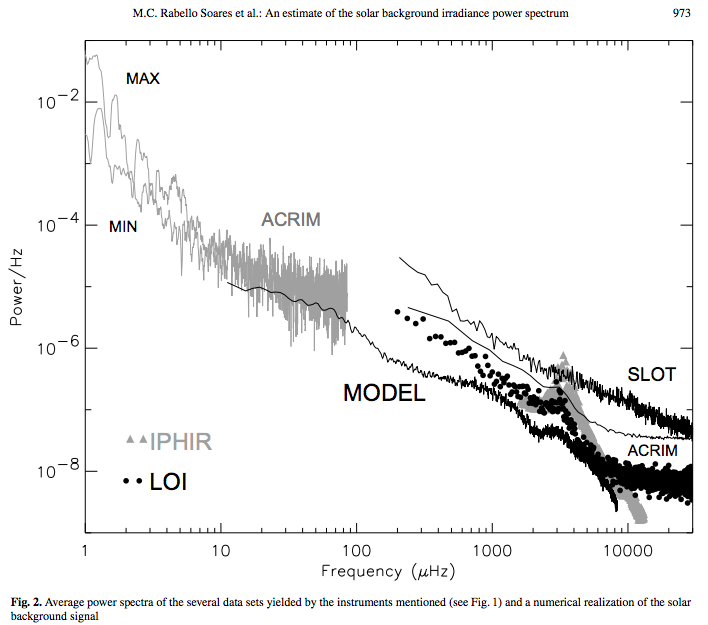 9
Can we detect the projected ISS shadow on the earth surface?
3
Luna artificial satellite eclipses