Given the physical characteristics of Mars (the crust's thickness, its composition, gravity, etc.) how deep a trench (that could be expected to continue to exist indefinitely, or rather, for periods of time measurable in the lifespan of continents on earth) could theoretically be dug?

What I should have been looking at is the Geoid of Mars, more properly called the Areoid on Mars, & the depth from it to the mantle

The thickness of the crust varies between 50 km & 22 km due to the Geography & features (rock layers) above the Areoid while the distance from it to the mantle should be reasonably uniform.

According to some sources the crust of Mars is 10 km thick at its thinnest points which is presumably to be found in those places furthest below the Areoid like the Hellas Planitia . which means the mantle is around 17 km below the Areoid & may mean we can't go much deeper than 7 km without lava flows. 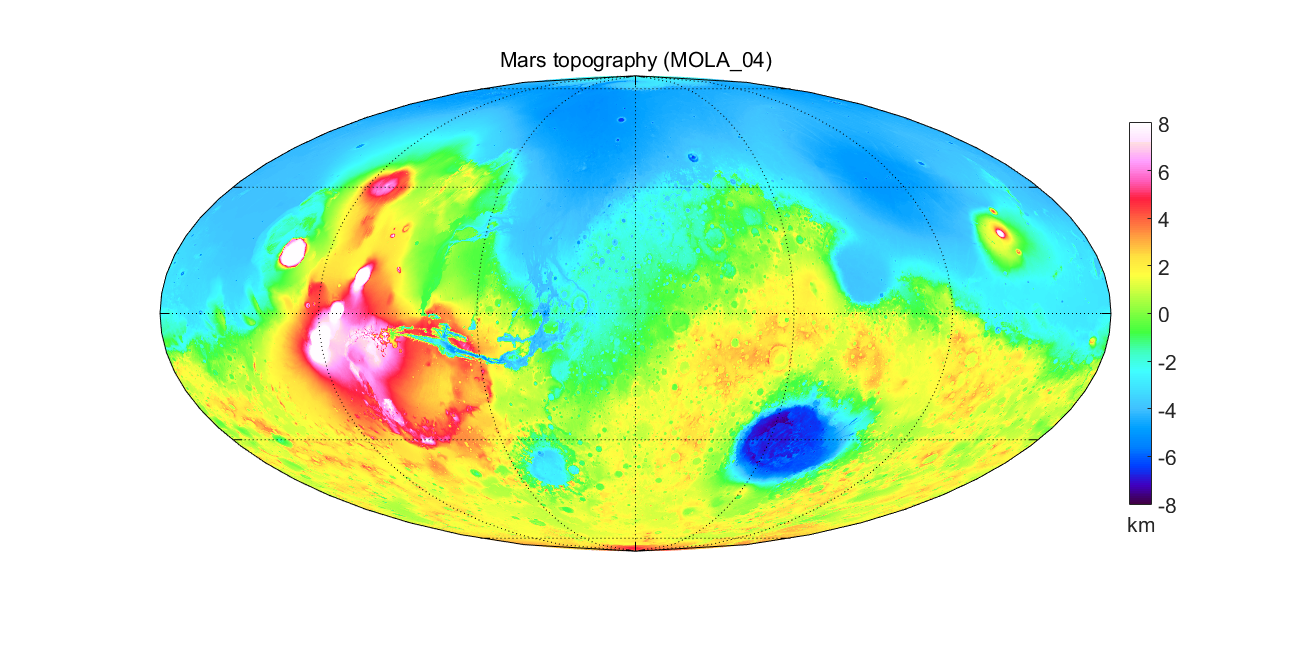 I find the fact there appear to be no features with a bottom closer than 10 km from the mantle suggestive that this may be the hard limit .. so, anywhere the crust is 50 km thick we should be able to dig a hole as much as 40 km deep if we want (well, 30 km, anything deeper will fill back to 30km due to the rocks flowing under the weight of rock above).

14
Would a sufficiently deep cavern on Mars provide habitable temperature and atmospheric pressure? Was Dick Tracy wrong?
11
How deep a valley or trench would be needed on Mars to provide the same atmospheric pressure as 6 km above sea level on Earth?
6
How were Mars' zero elevation datum defined? What are their shapes?

9
What caused Cydonia mesas, such as "The Face on Mars", to be created?
1
Could a powerful enough laser or maser heat the core of Mars?
9
What type of rock or soil on Mars will give Nostoc Commune cyanobacteria the best chance to survive there?
9
What is the deepest place on Mars? Do humans need pressurized suits there?
11
How deep a valley or trench would be needed on Mars to provide the same atmospheric pressure as 6 km above sea level on Earth?
6
What would the full hypothetical Mars terraforming roadmap look like?
2
Can the top soil of Mars be transformed to be arable, and how to do it?