Who really coined the phrase "Light the Candle!" to commence with a rocket launch?

This NASA's image of a Mercury-Redstone rocket Freedom 7 carrying Alan Shepard, the first American in space, is titled Light the Candle: 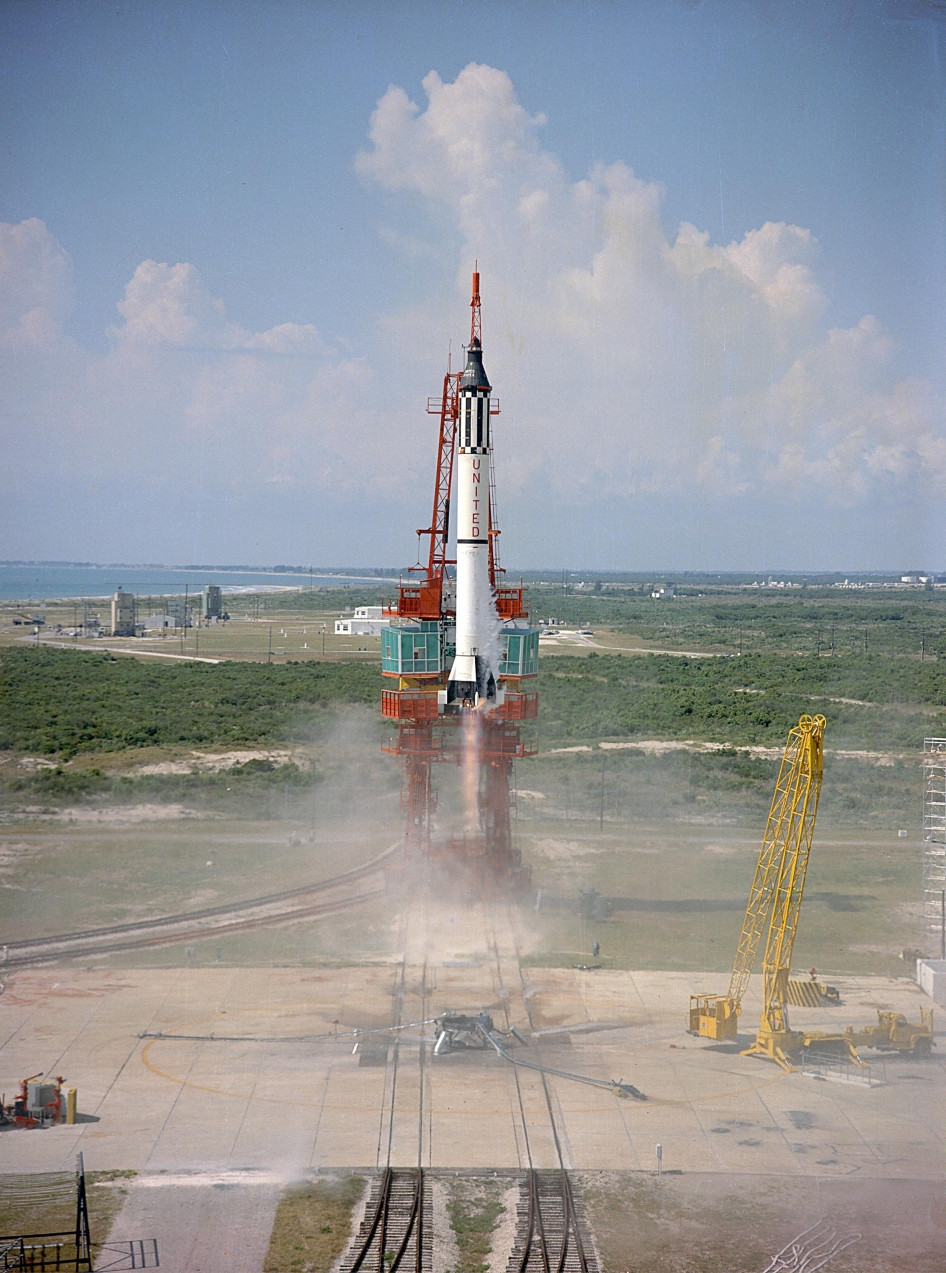 I remember this phrase also mentioned in the movie The Right Stuff, with Alan Shepard (Scott Glenn) waiting for the launch to commence for a rather long time, having to urinate in his suit before launch, because he was sat in his capsule with no easy way to exit it for so long (and the movie portrays many cups of coffee that he had that morning before leaving home, in a somewhat jocular manner) that he couldn't hold it any longer. If I remember correctly from the movie, one of his fellow astronauts in the control center says: "Let's light the candle!", to which control center crew looks at each other and Wernher von Braun agrees: "Yes. Light the candle!". Gustav Holst's Op. 32 "The Planets" starts playing in the background (I believe a passage from act 4, Jupiter, the Bringer of Jollity) and seconds after, the countdown resumes and the the first American manned suborbital spaceflight launches.

Now, that's only a movie and they often dramatize events differently than they really happened, so here's my question:

Who coined the phrase "Light the Candle!" to commence with a rocket launch, and how does the story really go? Did The Right Stuff movie accurately portray events before the Freedom 7 launch, or is there some other story behind this phrase?

Please provide references for claims in your answers.

I am unsure if this reference is tight enough for your criteria, but this article written by Ben Evans at AmericaSpace appears to have a detailed accounting of the launch. Unfortunately, I cannot find what Mr. Evans's references for the accounting are. In any case, the article is highly entertaining.

There's a paragraph towards the bottom of the article that deals specifically with the origin of the "light this candle" phrase.

The clock was now marching rapidly towards 9:00 am. Two minutes remained on the countdown. Then, another halt was called. Pressures inside the Redstone’s liquid oxygen tank had climbed unacceptably high. NASA had two options. It could either reset the pressure valves – which would necessitate a launch scrub – or bleed off some of the pressure by remote control. An irritable Shepard, after almost four hours on his back and now lying in dried-up urine, obviously preferred the second option. “I’m cooler than you are!” he barked. “Why don’t you fix your little problem and light this candle?” Those final three words have since gained immortality and truly epitomise the ‘right stuff’ from which Shepard was cut.

This account is supported by Gene Kranz in chapter 3 of Failure Is Not an Option, though he gives the quote as "Why don't you guys fix your problems and light this candle?"

Not the answer you're looking for? Browse other questions tagged crewed-spaceflight nasa history terminology project-mercury or ask your own question.

8
Is the use of "former" with astronauts really necessary?
58
Who coined the phrase 'Rapid Unscheduled Disassembly'?
10
What's the first recorded use of a countdown associated with a rocket launch?
18
Was LC39A built with a rocket much larger than the Saturn V in mind?
4
Will a crew or crews for one or more commercial launch vehicles to the ISS really be announced in August 2018?
9
Can crewed rocket programs be accelerated in light of the Soyuz failure?
4
Who were the major manufacturers of the Apollo 11 rocket?
1
Who released pre-launch TLE data for the Space Shuttle?
7
What kind of rocket will ESA(?) launch from Mars? Who will build it?
15
Who proposed detonating gunpowder on the moon to prove a rocket reached it?